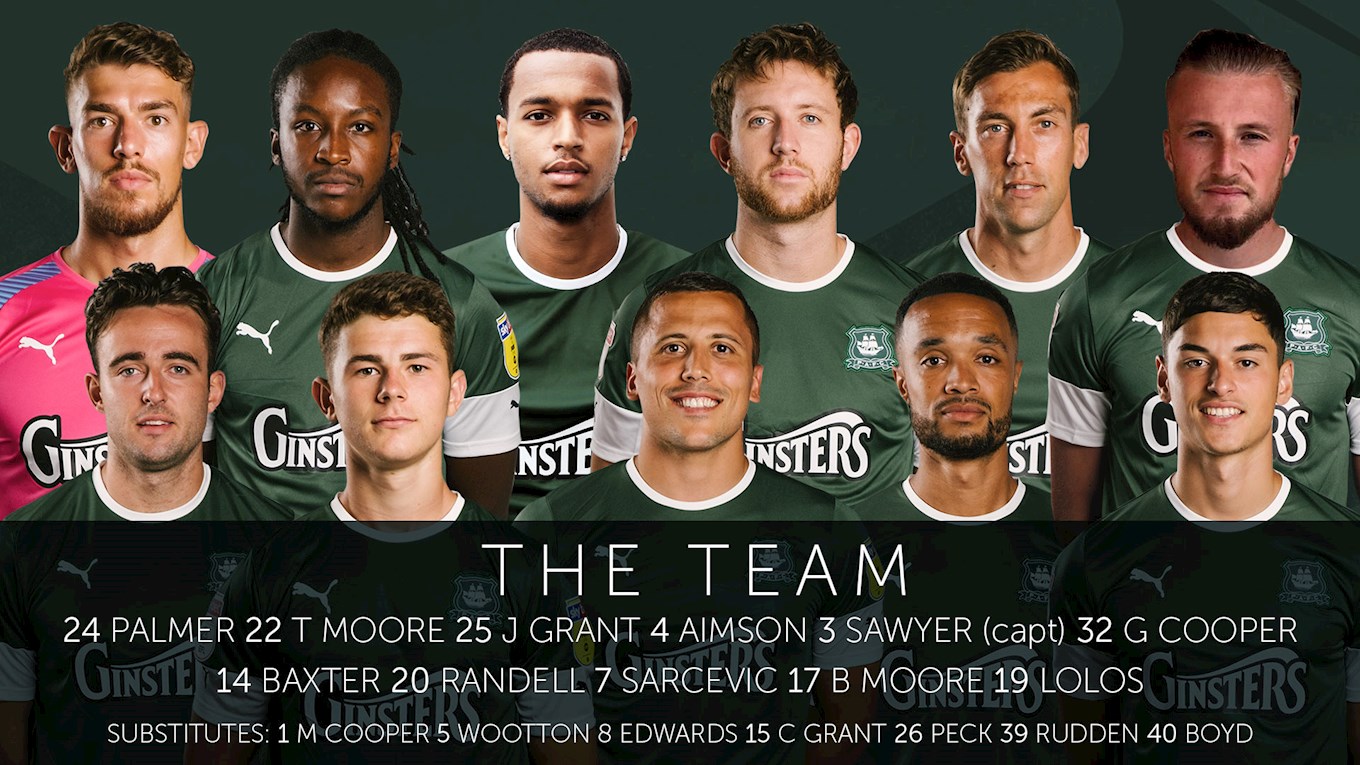 The central defender, a summer signing from Bury, missed out on the entirety of the Greens' pre-season campaign due to injury, but has recovered sufficiently to merit his first competitive minutes in Pilgrim colours.

Lowe also handed a full competitive debut to young striker Klaidi Lolos, who shook off the shoulder injury that sidelined him for the Pilgrims' Sky Bet League Two defeat at Northampton on the weekend to jump straight into the starting 11, while fellow first-year professional Adam Randell and loan signing George Cooper were also making their first starts under the new manager.

In defence, alongside Aimson and Sawyer, there was a recall for Chelsea loanee Josh Grant, who starred against Reading in Carabao Cup action a week ago, before being introduced as a half-time substitute at the weekend. Also recalled to the starting line-up were Jose Baxter, who opened his account against the Royals, and wing-back Tafari Moore.

Byron Moore, who made an impression at the PTS Academy Stadium on the weekend, completed his rehabilitation from a hamstring injury by partnering Lolos up front for the Greens.

Meanwhile, Antoni Sarcevic returned to the starting line-up, as his three-match ban for his red card against Walsall does not apply to Leasing.com Trophy competition.