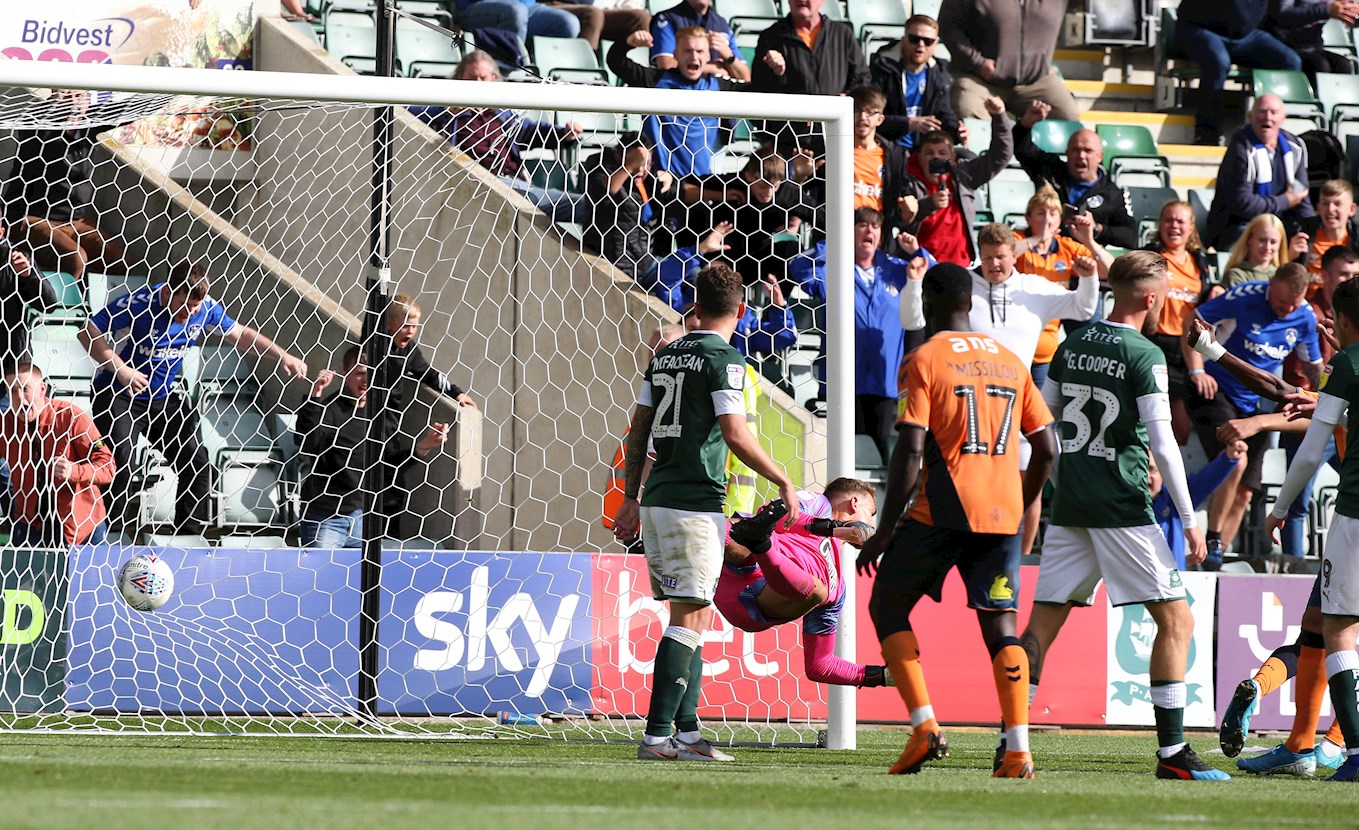 Bad Goals Given Away

RYAN Lowe was disappointed to only draw 2-2 with Oldham Athletic in Sky Bet League Two on Saturday and the Argyle manager was especially displeased with the manner in which his team conceded.

Argyle went 1-0 down on 27 minutes when Johan Baranger fired home from the corner of the box However, the home side went 2-1 up with goals from Scott Wottoon and Byron Moore, only to be undone but by David Wheater’s powerful header following a corner.

“Frustrating is the word I think, because when you find yourself 2-1 up you’ve got to see that out,” said Ryan.

“The first one we should compete and win the first header, then the second header, then it flicks into the him, we lose a man and he puts it in the bottom corner.

“The second one was our fault, we went through the middle of the pitch, give the ball away, then concede a corner and we lose our man.

“David Wheater has played for England, so you can’t give him a free header like that.”

There were also plenty of positives from the match for Argyle, such as their first goal, which seemed to come right off the training ground.

Jose Baxter’s deep corner was headed back across the goal by Josh Grant for Scott Wootton to nod home his first Pilgrim goal.

“We worked on the corner, a deep cross, a second phase and a good header by Scotty,” said Ryan.