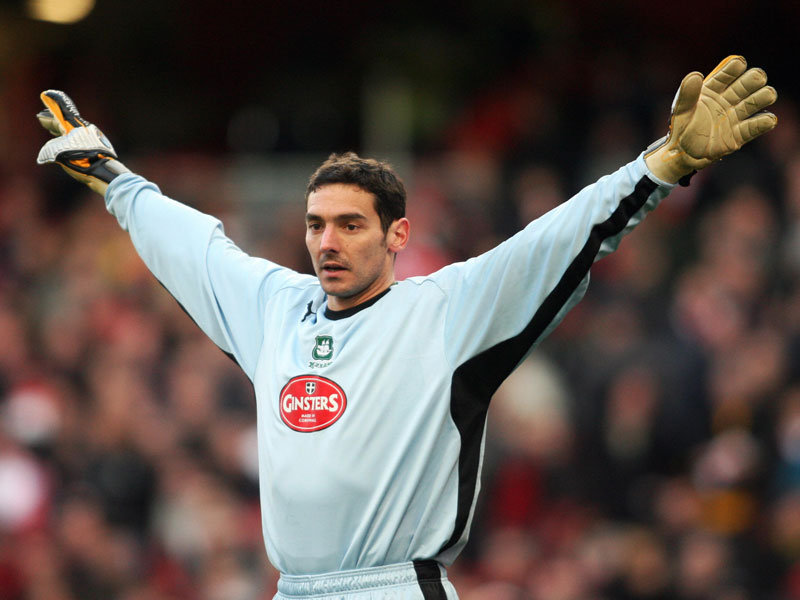 OUR half-time guest for the visit of Cheltenham Town this weekend will be none other than legendary Pilgrim goalkeeper Romain Larrieu.

Le Keeper, as he is affectionately known in these parts, made 318 appearances spanning a twelve-year career at Home Park, which only ended when he was appointed assistant manager to Carl Fletcher.

Very few players in Argyle history have experienced so many highs and lows as Ro, who won two championship medals in three seasons during the Greens’ meteoric rise to the Championship, only to return back down to League Two as financial troubles ensued.

An inspirational character, Larrieu recovered twice from testicular cancer during his time at Argyle, and formed a competitive friendship with fellow Pilgrim legend Luke McCormick, as the club enjoyed an embarrassment of riches between the sticks.

Starting out at Montpellier, Larrieu moved to second-tier side ASOA Valence in search of regular first-team football. Larrieu joined Argyle in 2000 and would eventually link-up with fellow Valence team-mate David Friio at Home Park.

In the 2001-02 promotion-winning season, Le Keeper kept a club record 27 clean sheets as Argyle accrued a whopping 102 points en-route to the title. Conceding only 28 goals in the regular Division Three campaign, Romain was named in the PFA Division Three Team of the Year for his outstanding performances.

Such was the club’s affinity with Larrieu, and his with the city of Plymouth, he and his young family remained in the area upon his departure from the club. In the recent Greatest Pilgrims poll conducted over the summer, Ro was voted our greatest ever goalkeeper.