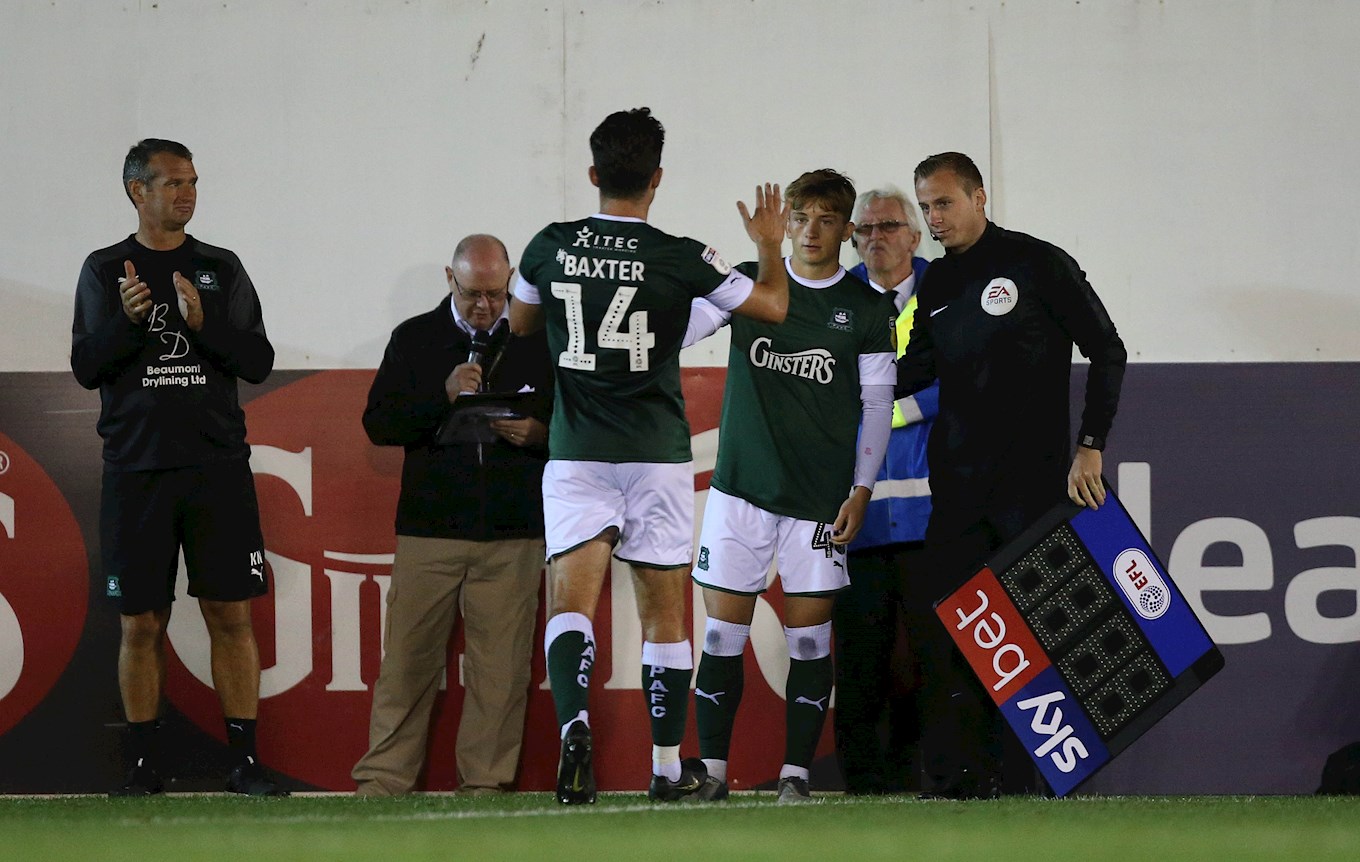 LAST night’s game with Bristol Rovers in the Leasing.com Trophy saw the introduction of the latest player off the Argyle production line in the form of midfielder Jude Boyd.

The 17-year-old made his senior debut coming on for Jose Baxter in the second half.

A second-year apprentice at Argyle, Jude was given his first taste of competitive first-team action after impressing the gaffer in pre-season.

“I saw Jude at Tavistock where we drew 0-0, he caught my eye when he came on in that position, I thought, he’s got something about him,” said manager Ryan Lowe.

Jude has been featuring for the Argyle youth-team squad this season, under the watchful eye of Academy director Kevin Hodges.

“I speak to Kev on a daily basis and ask him who’s been the star performer, and young Reuben [Collum], who’s hurt his hamstring, and Jude have been the standout two,” said Lowe.

“Was it a gamble playing him? No, the kid can handle the ball, you’ve seen that, so, as I’ve said before, if he’s good enough, he’s old enough and Jude’s got a bright future ahead.”