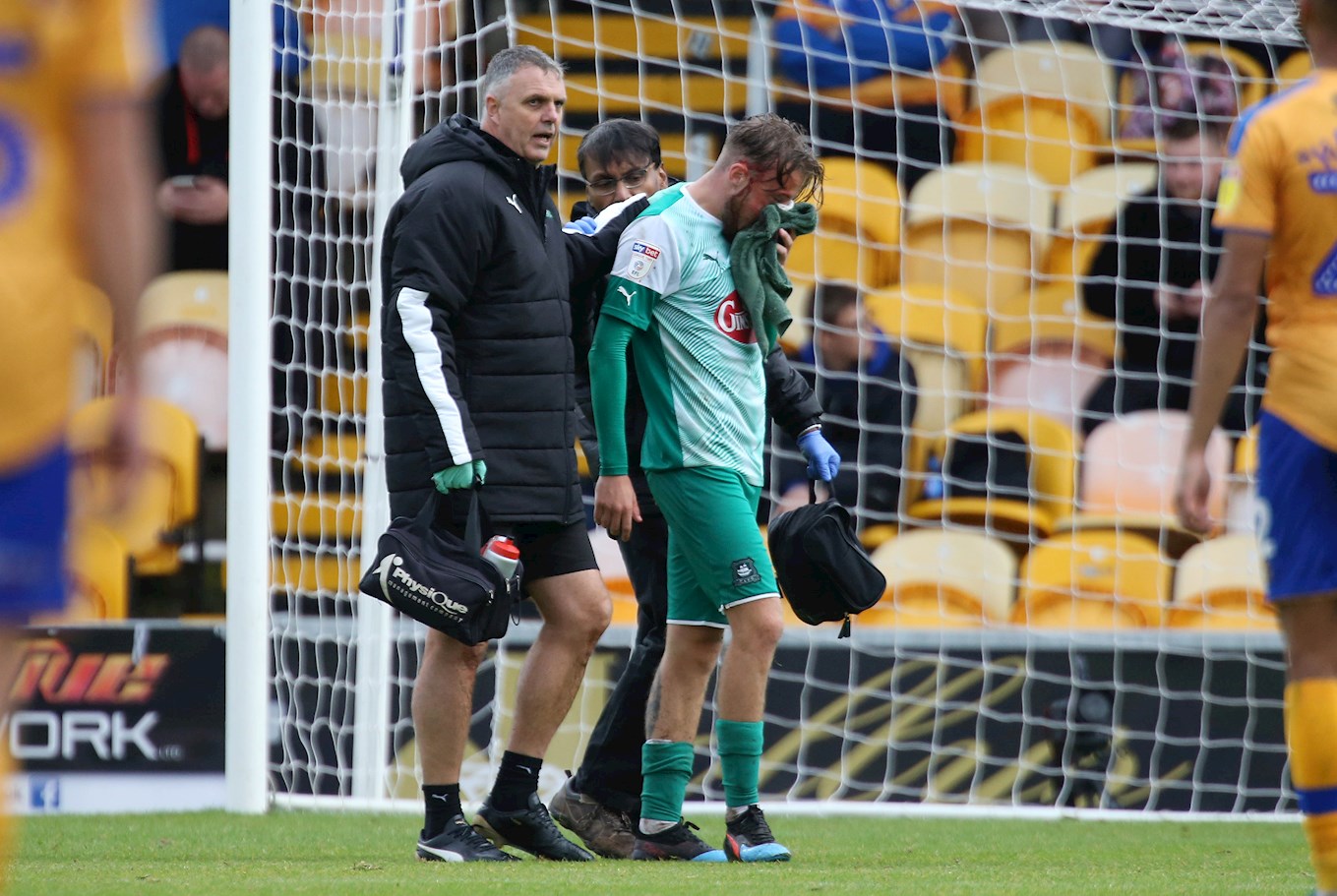 ARGYLE midfielder George Cooper was taken to hospital following the Pilgrims’ 1-0 Sky Bet League Two win at Mansfield after receiving a kick in the face that left him with a broken nose and black eye.

George needed five minutes of on-field treatment when he was caught by a high boot from Mansfield defender Mal Benning, who was trying to prevent the on-loan Pilgrim from heading clear in the penalty area.

Concerns that the bloody nose was not clearing up as the Argyle medical staff would have liked led to George and physiotherapist Paul Atkinson staying in Mansfield after the game to have the injury assessed.

“He’s been brave for us,” said manager Ryan Lowe.

“Pretty-boy attacking players don’t like going in those areas and he’s gone in there and been brave enough to put his head on the line.

“He’s got a nice shiner and he’s broken his nose; we sent him off to A&E just to make sure. It’s still bleeding a little bit.” 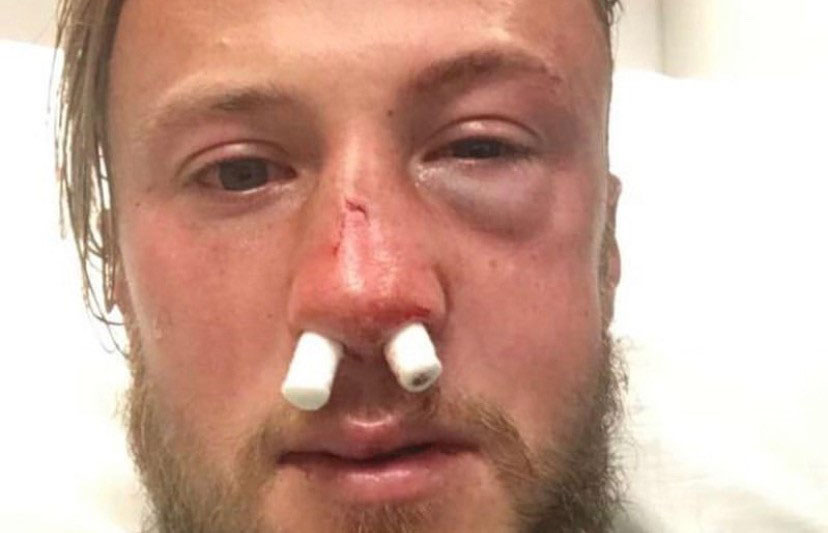