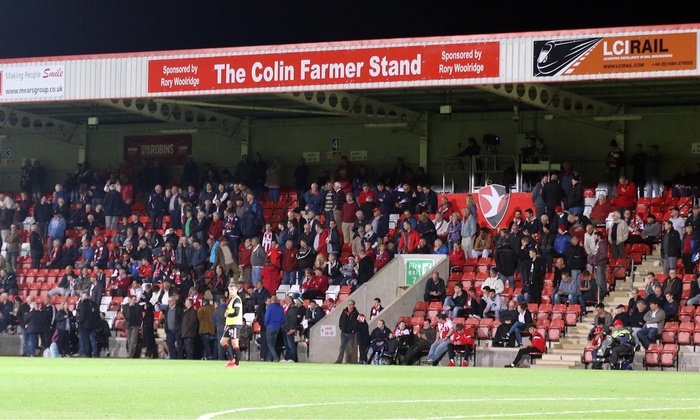 A FIFTH of the season has been played and Cheltenham Town can be extremely pleased with their start as they prepare to visit Home Park on Saturday in Sky Bet League Two.

The Robins currently occupy third position in the table, recovering quickly from a 1-0 defeat at Leyton Orient on the opening day to sweep past Scunthorpe with a 4-1 win at Whaddon Road and all four goals scored by different players – Ryan Broom, Charlie Raglan, Alex Addai and Conor Thomas.

Michael Duff’s men went down 3-0 at Bristol Rovers in the Carabao Cup and then a 0-0 draw at Morecambe before returning to their own patch. Carlisle were the next victims in Gloucestershire, going down 2-0 to goals from Gavin Reilly and Luke Varney.

Chris Hussey and Varney again were on target when Swindon visited for an entertaining 2-2 draw, and Cheltenham were very unlucky to lose 1-0 to a last-minute goal at Crawley to complete August.

Back at Whaddon Road and the goals were flying in again, as the Robins defeated Stevenage 4-2. Late goals from Broom and Addai got Cheltenham over the line after Reilly and Sean Long had struck earlier in the game.

A first win on the road came next and a superb double from Broom gave Cheltenham a 2-0 success at Salford. The Robins made it three successive league victories on Tuesday night, beating Bradford 3-2 with goals from Reilly, Jake Doyle-Hayes and Ben Tozer.

The ingredients are in place for two free-scoring teams to go head-to-head on Saturday at Home Park.