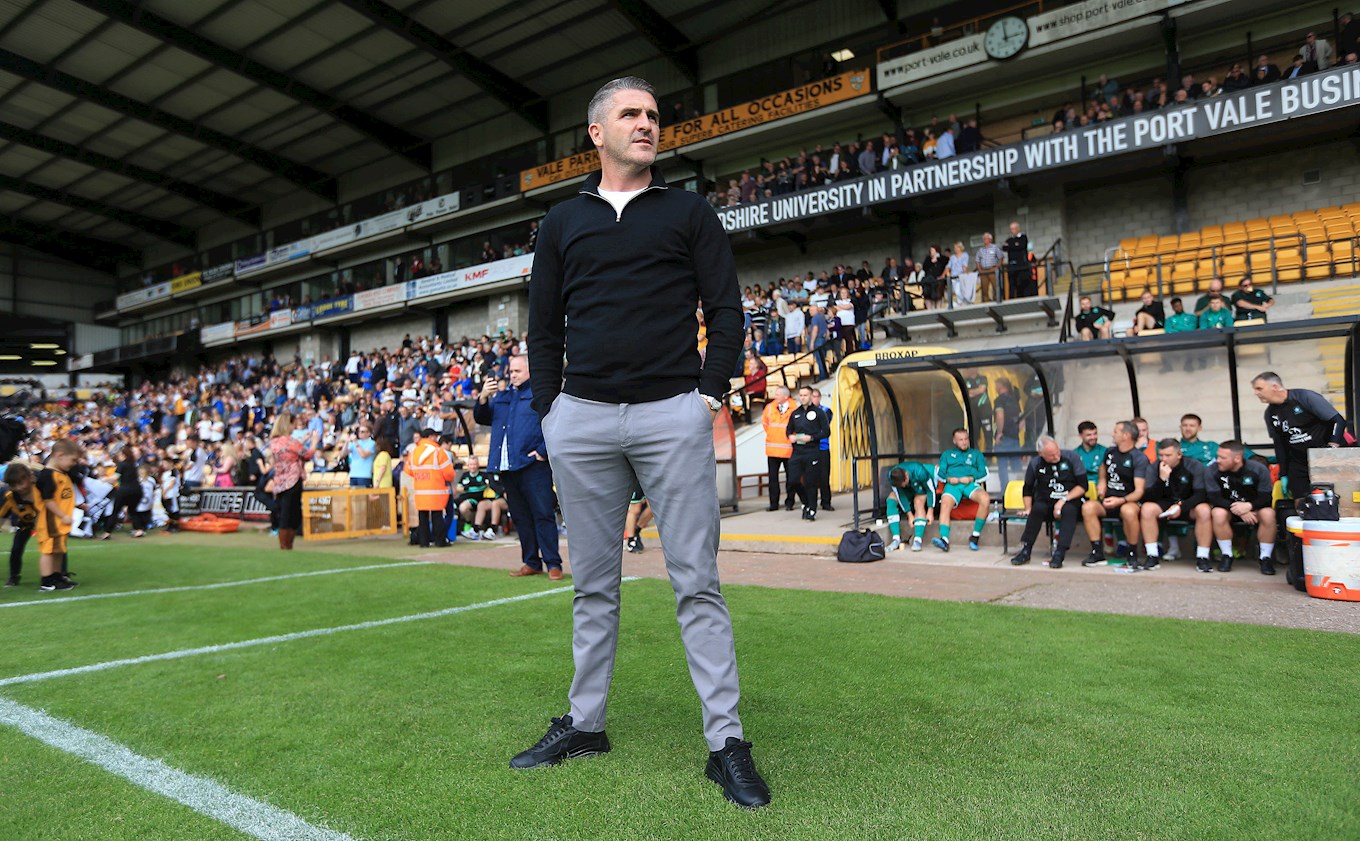 ARGYLE manager Ryan Lowe refused to gloss over a disappointing day at the office and a need for more bravery in pressurised situations.

After a decent first-half showing at Port Vale that failed to yield a decisive opening goal, the Pilgrims allowed their hosts to gain momentum and pinch the points with a late goal from the unmarked Nathan Smith finding space in the penalty area.

It was a similar scenario in the recent 1-0 loss at Newport and Ryan has warned his players that a failure to stick with the team script will see them fall out of favour.

“You’ve got to expect the unexpected and that goes with life,” he said. “We showed them [the players] what they [Port Vale] are going to do, so for a man to run into a space unmarked is disappointing and frustrating.

“Newport was a couple of minutes of madness and today was the same. It’s only a ball, it’s not going to burn you or hurt you. We had to get hold of it and keep it.

“I’m not going to paper over any big hole but there are a couple of cracks, and we have to sort it out. It’s up to me now to potentially make changes and pick a team I think is capable of getting results.

“Sometimes, when there is a bit of pressure on us, some players revert back to type. Well, no, you revert to my type or you don’t play. We didn’t get on the ball as much as we should and play our way because, once you beat the press, you’re alright. It’s do what I ask you to do or don’t play.

“We’ll never adapt and try to play the way I believe in, which has been successful. The lads have got to stick to it and we got out comfortably [from defensive situations], especially in the first half. We’ve got routines and patterns of play. We’ve got to be brave to get on the ball and we just weren’t brave enough.”