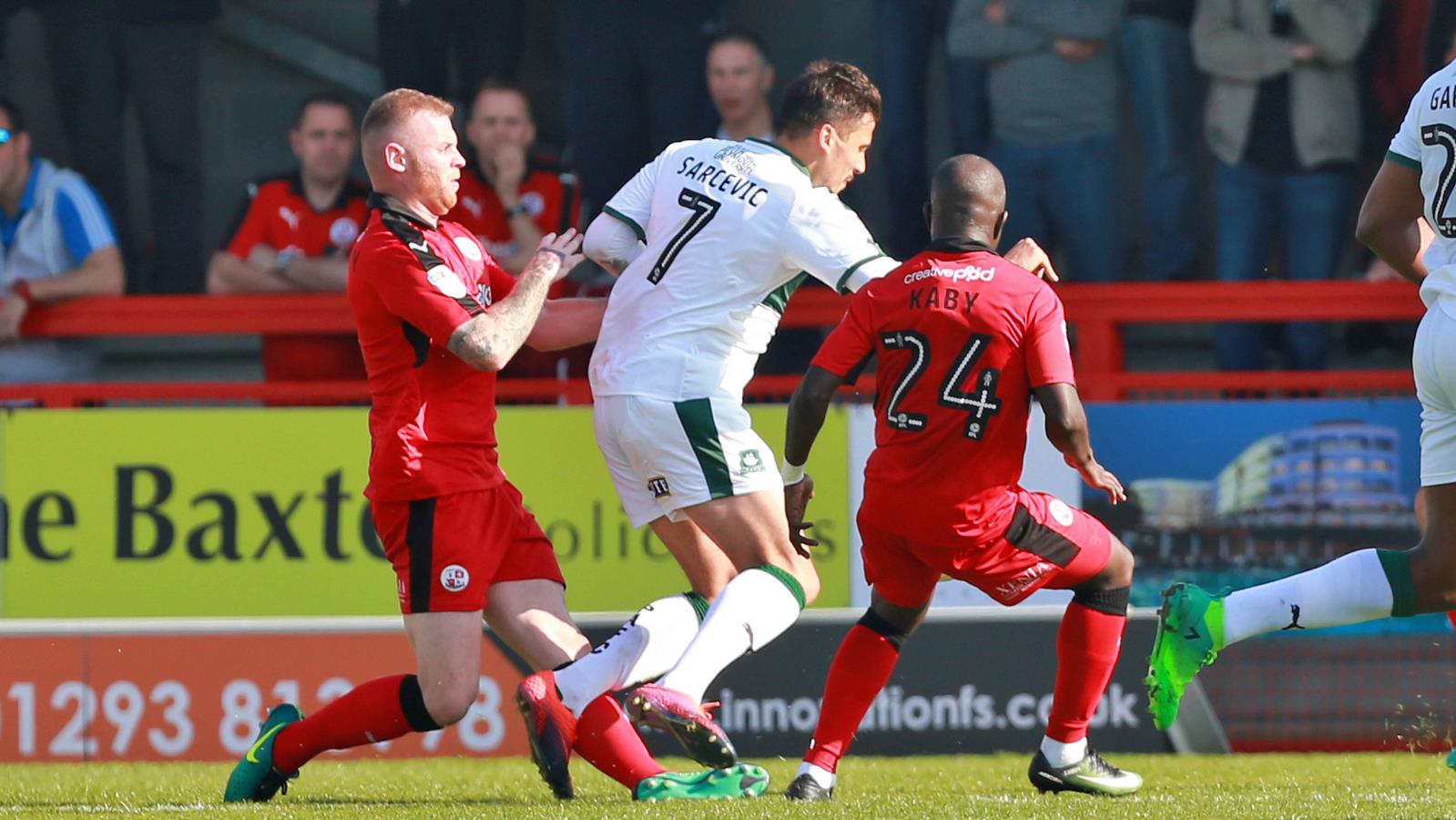 STATSO moves on to Crawley Town and our record in West Sussex ahead of the Tuesday night trip to the People’s Pension Stadium in Sky Bet League Two.

First time: Carl Fletcher, in his first away game in charge of the Pilgrims, saw his charges lose 0-2 to promotion chasing Town in a League Two fixture played on Saturday, October 1, 2011.

Last time: Graham Carey and Ryan Taylor were our scorers as Derek Adams’s team took another big step towards promotion from League Two with a 2-1 win at the Broadfield Stadium on Saturday, April 8, 2017. The Greens had to come from behind to win this match and were indebted to Taylor for his injury time winner.

Biggest win: Our only win at Crawley is the 2-1 victory discussed above.

Heaviest defeat: Our only defeat to the Reds is our 0-2 loss on our first visit to the West Sussex club.

Most goals in a single game: The three scored in our last visit.

Further interesting facts: Our only draw away to Crawley in the EFL came on Saturday, February 20, 2016. Ryan Brunt gave Derek Adams’s promotion chasing-side the lead just before the hour mark, only for Town to equalise in the 83rd minute. Sonny Bradley lined up in central defence for the Reds that afternoon.

Our win at Crawley on April 8, 2017 was our thirteenth and last away victory of that season (our final three away games were all drawn). This is the only time in our history that we have won as many as 13 games away from home in a league campaign.

Our defeat to Steve Evans’s Town on October 1, 2011 was our fifth consecutive defeat away from home in the league. This is a club record in League Two, although not one of which we are particularly proud.