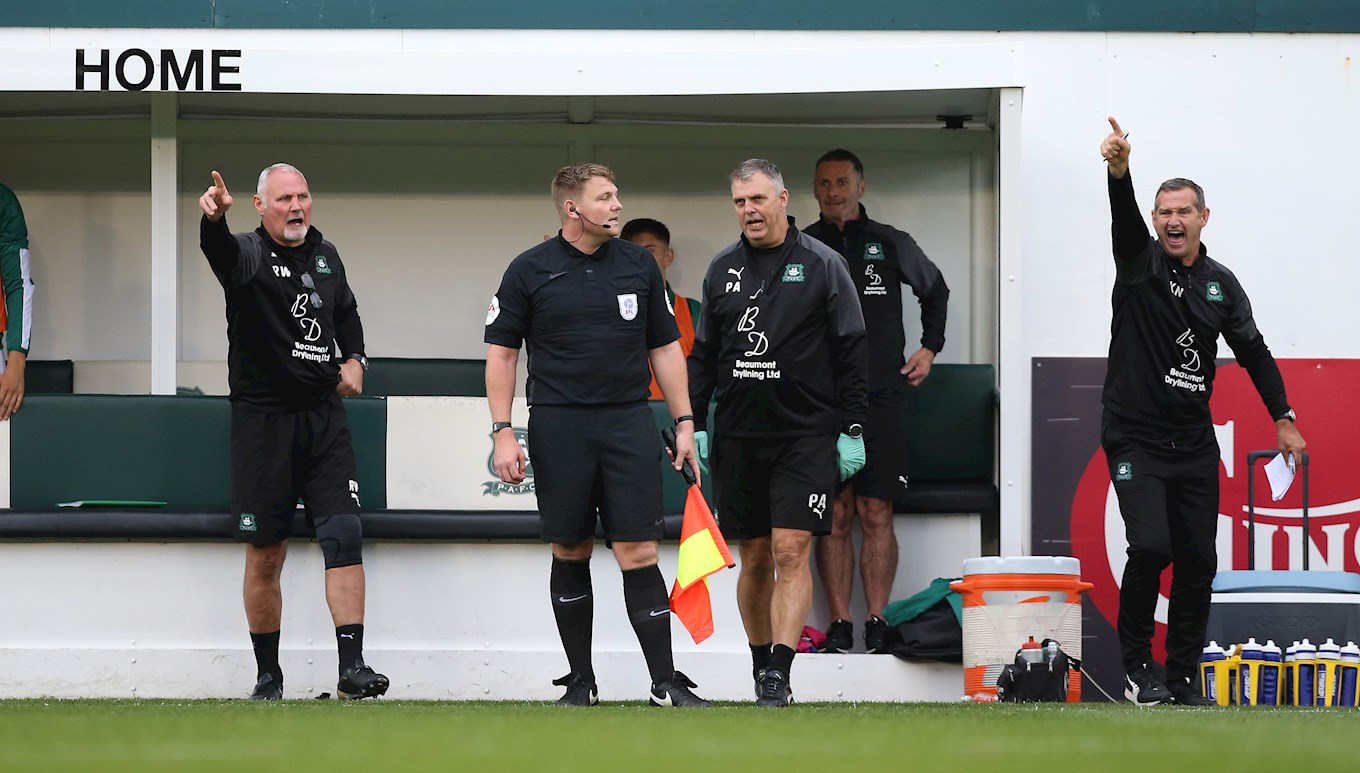 ARGYLE face the prospect of going into next Saturday’s Sky Bet League Two match at Mansfield Town without five players.

Striker Dom Telford limped off the Home Park pitch during the weekend’s 2-0 defeat by Cheltenham Town, a game for which fellow forwards Byron Moore, Zak Rudden and Jose Baxter were already unavailable, as well as defender Joe Riley.

It was manager Ryan Lowe who made the decision to withdraw Dom after he appeared to suffer a recurrence of his hamstring problem.

“I had to have a serious conversation with him at the side of the pitch,” said Ryan. “He couldn’t give me an answer, so I made the answer easy for him and said ‘Get off and get yourself in’ because he wants to stay on and give it his all, but there’s no point.

“As I’ve said all along, I’m for losing players for one or two weeks, not four-six weeks, so we’ve done that. Is it a kick in the teeth? Yes, because I thought Dom would have scored. He looked lively for the first 30 minutes he was on the pitch.”

Jose suffered a calf problem in the Pilgrims’ previous match at Crawley Town, while loan star Zak has returned to parent club Rangers to investigate a knee problem which he had before he joined Argyle.

“With due respect to us, they are a bigger club and have got the best facilities,” said Ryan. “We felt we needed to come to a mutual agreement with them that he goes up there to get his knee checked, which is the right thing.

“He’s gone up there to see their doctor. They dealt with the injury that he had before he came to us. The knee’s fine; he’s struggling with something at the back of it. Hopefully, we’ll get some good news on that on Monday.

“Jose could be out for a week to ten days; Joe Riley could be alright soon; Dom – we’ll have to address him now.

“This season, we seem to be chopping and changing because of injuries, and I don’t want to be doing it. But I’ll address that side of it very quickly, and hopefully we can get it right.

“It’s my team and it’s my squad and I feel that I’ve got a good enough squad to compete.”