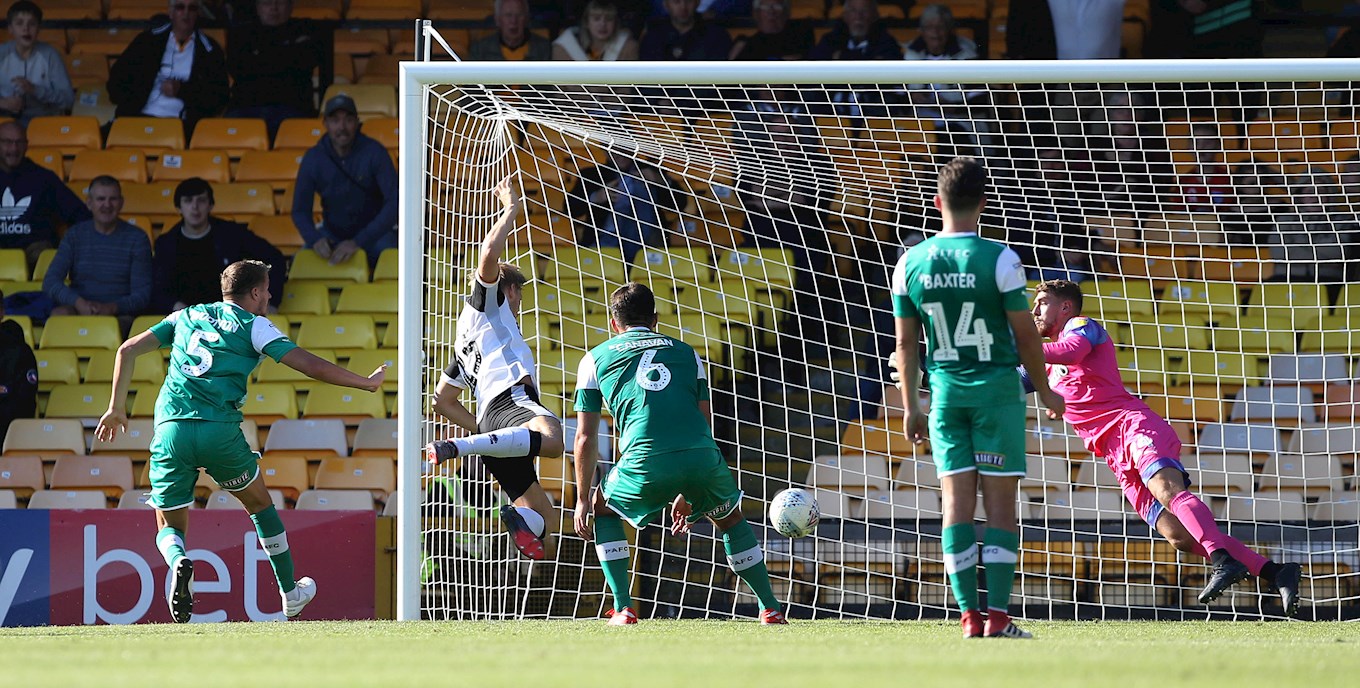 CALLUM McFadzean reflected on this afternoon’s performance against Port Vale with understandable disappointment but also looked at how to put things right at Crawley on Tuesday.

Despite losing 1-0 to a goal from Vale’s Nathan Smith, Argyle had created enough chances to put themselves ahead in the first half of the match and the energetic wing-back was left frustrated with making the wrong decision at key times.

“There were a few decisions that we should’ve done better, and I hold my hands up to that myself. We just needed to be a bit more clinical in the final third and It’s disappointing because when we get up there, we are creating things. It’s just the final pass.

“We know what it takes, we are all disappointed with the goal [conceded] today but we move on to Tuesday. We got into good areas, we just didn’t produce it today. It’s frustrating but we just have to pick ourselves up.”

The next match that Argyle will face is also away from home, against Crawley Town on Tuesday night. Only having two days in between the two matches means putting things right will have to be done quickly.

“We have a game on Tuesday, so we don’t have long to wait to put it right,” said Fadz. “We all know what direction we want to go in, the Gaffer keeps saying that, it’s there, you can see it.

“There have been other times where the final ball has been there but today, I hold my hands up, and I know there are other boys who will hold their hands up as well. It needs to be better and it needs to be consistent.

“It’s over now, we are all disappointed, we take it into Tuesday now and put things right there.”