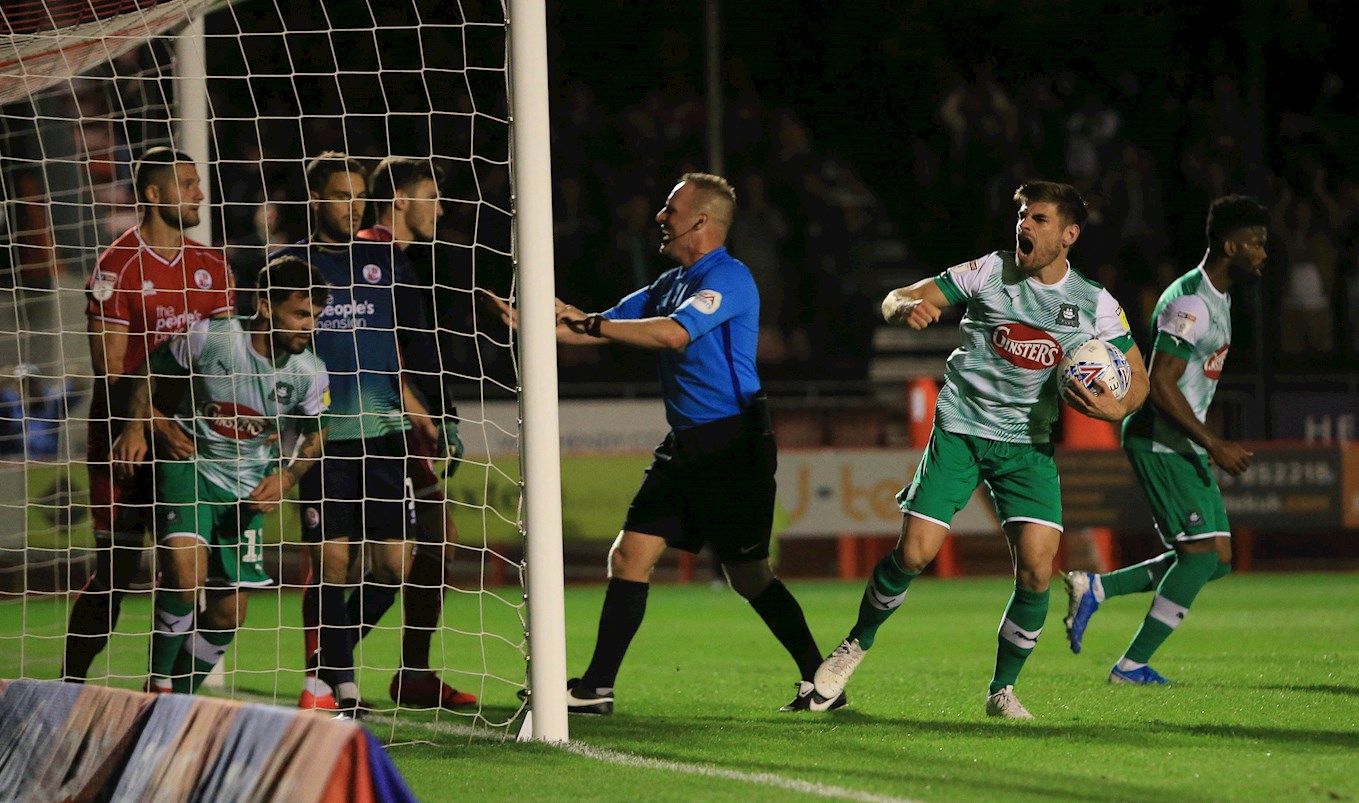 VERSATILE vice-captain Joe Edwards once more showed his value to the Pilgrims with an outstanding display in the 2-2 draw at Crawley Town in Sky Bet League Two.

Operating as a right wing-back, Edwards was rewarded with two late goals that looked to have earned Argyle all three points but we were thwarted by a late penalty from Ollie Palmer after Crawley’s Reece Grego-Cox had initially scored the first on just nine minutes.

While the Edwards brace did not lead to a well-deserved victory, Argyle manager Ryan Lowe was delighted with the display of his vice-captain, who has taken on the leadership role in the recent absence of skipper Gary Sawyer.

“I’m pleased with Joe, he’s been vice-captain and leading while Gaz hasn’t been playing,” said Ryan. “He’s been doing an excellent job.

“I’m buzzing for Joe because he’s got two goals. He was in the right place at the right time and gives us that adaptability because he can play different positions. I’m just gutted for Joe and the lads that it wasn’t the winner.”