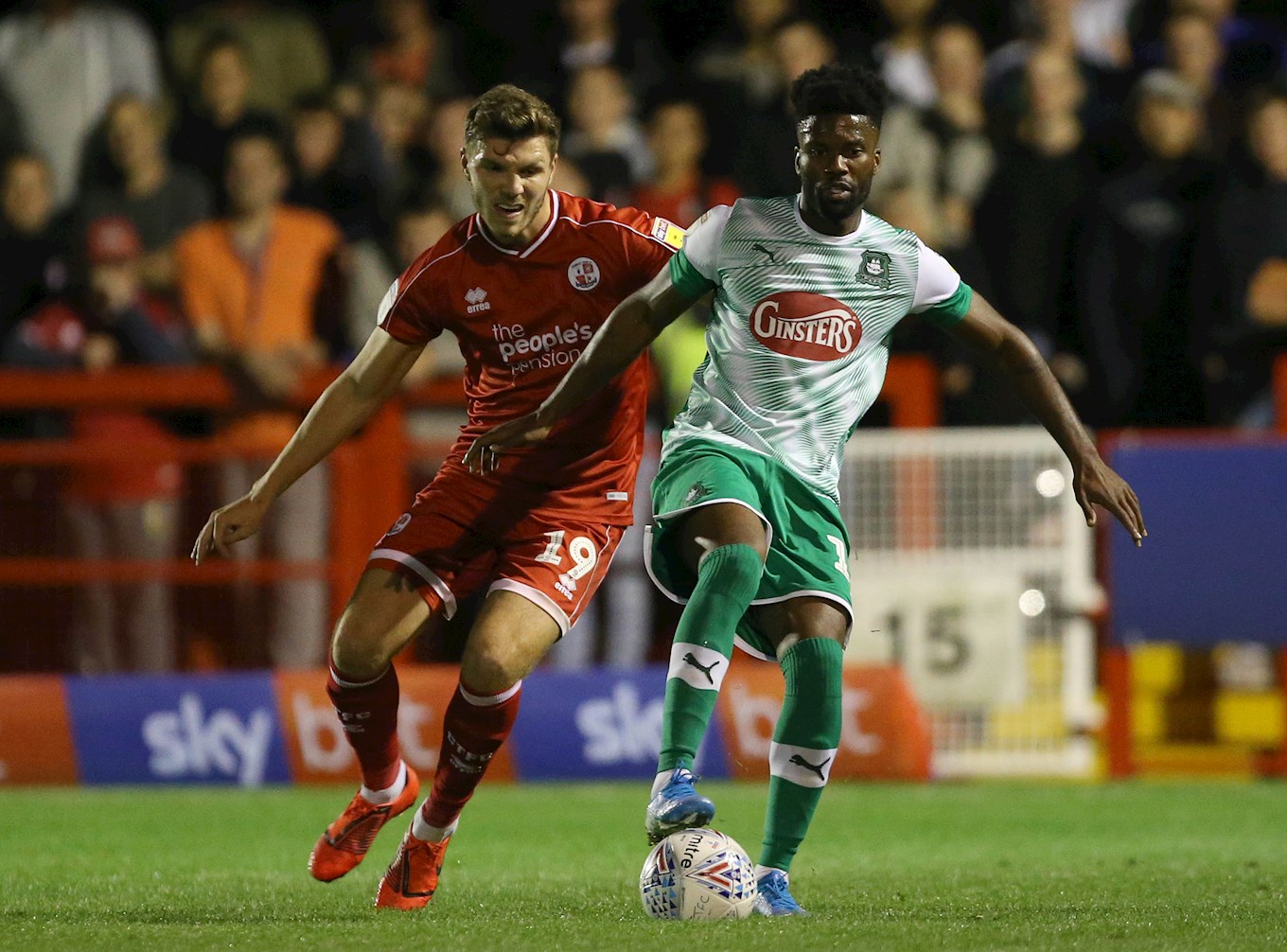 JOEL Grant made his first start in over a month in the midweek draw at Crawley Town and it is a return based on doing the right things.

The Jamaican forward played a key role in the opening two victories over Crewe and Colchester before injury ruled him out for five weeks, but manager revealed that Grant has been diligent in his efforts to get back to full fitness.

Joel will be looking to continue his rehabilitation to full match sharpness when Cheltenham visit Home Park on Saturday for the next big challenge in Sky Bet League Two.

“He’s a fantastic pro and he does everything right,” said Ryan. “You get the one or two odd players who just want to train and get back, but Joel is very level-headed, he does all the right things.

“He goes and gets acupuncture, he sees the back specialists, the standards are there with him, and he looks after himself.

“When the lads are back to fitness they have to be able to play 70/80/90 minutes, because that’s what’s it’s about, and Joel’s certainly done that.”