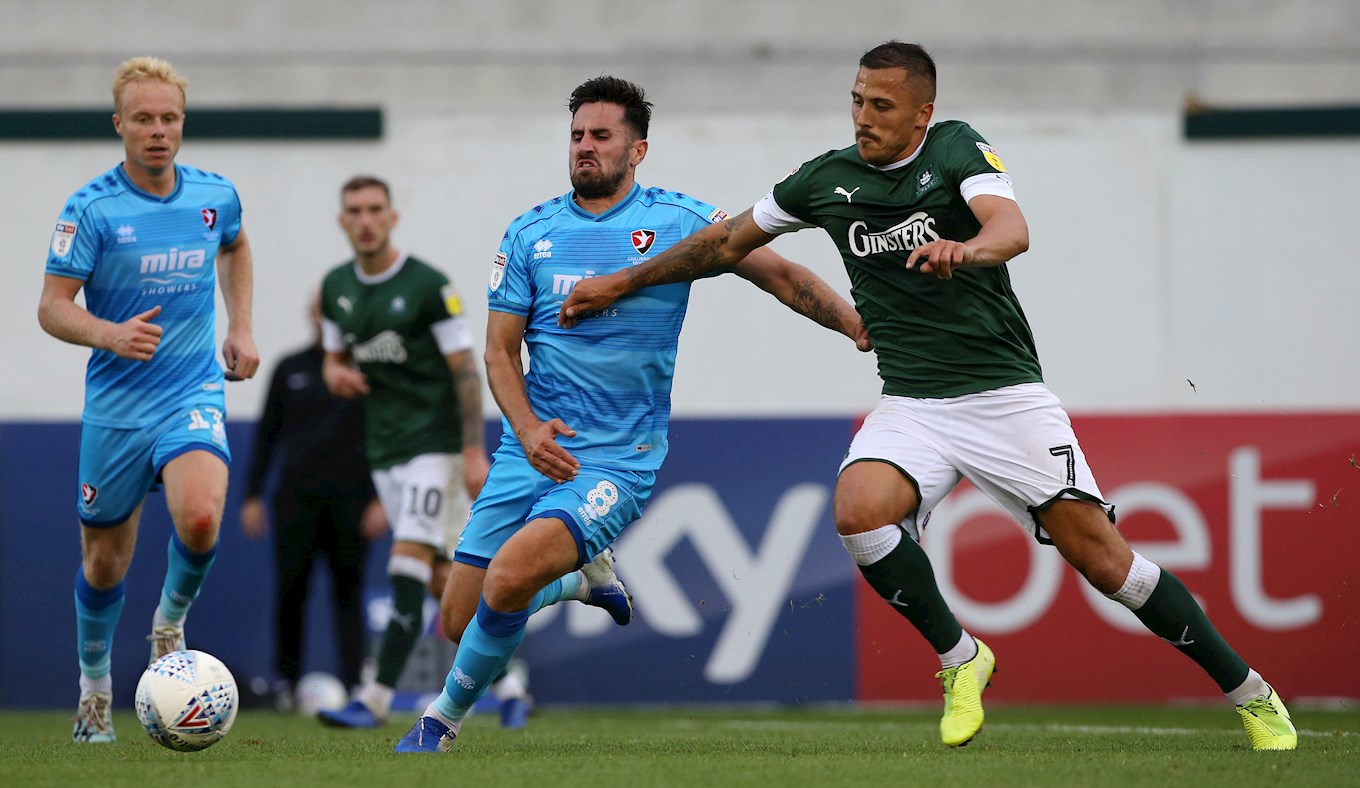 ARGYLE number seven Antoni Sarcevic is keen to get back to winning ways in Sky Bet League Two this weekend but knows that will be no easy feat at the One Call Stadium against Mansfield Town.

He said: “As a team, you can see the stats and the way we’re playing, everything is in our favour, the massive part of it is getting the wins, that’s the most important part but I think that will come.“

Currently, Mansfield occupy 19th position in the league standings but only two points behind Argyle. Both sides could consider themselves to be in false positions in Sky Bet League Two and Sarce reckons that, for us, the fixture represents a great chance to get our season going.

“It’s massive, not only because they are two points behind us, one win means all the previous games are behind us and we can start looking forward,” he said.

“They were probably one, like ourselves, who were tipped to go for promotion but it doesn’t always work out like that. They will want to be like us and kick-start their season. It will be a tough game, they have some good players and we just have to do what we do, take our chances and come away with the win.“

The midfielder knows there is little point in panicking so early in the campaign and believes we must stick to our philosophy, which is something he likes about Ryan Lowe’s free-flowing, attacking management style.

“They [Lowe’s methods] are a lot different to previous managers,“ he said. “No matter what happens results-wise, he won’t change, he will maybe change personnel or little aspects of the game and I think that’s the key thing because it’s down to us now to get the wins and help the gaffer.

“You will rarely see that [teams playing the right way] with a lot of teams in League Two this year. We are trying to play the way that the gaffer wants and he wont change that, he’s said that previously.

“As players, we are capable of doing it, its just about getting the wins to go with it, it’s just frustrating at the minute. He [Lowe] has drilled it into us this week and we have to put that right on Saturday.“