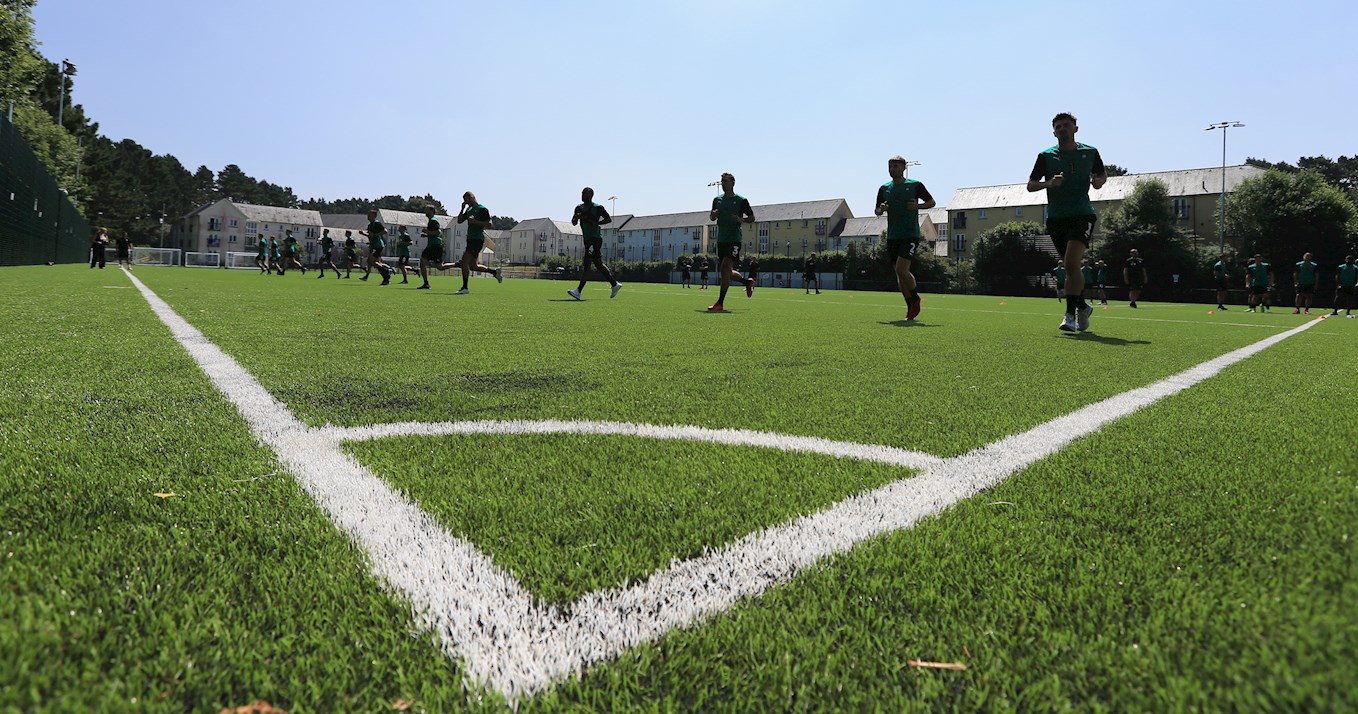 ARGYLE Ladies manager Dave Leonard has appealed to fans to turn up at the Manadon Sports Hub on Sunday to watch his team take on Keynsham Town in their first National League Southern Premier Division match to be played at the Hub – kick-off 2pm.

“We are a tier three club and now we are at home in Plymouth for the first time since playing at Home Park last season, we want the fans to come out and support us,” said Leonard.

“We want the public to see what the girls are doing and they will be pleasantly surprised. We are excited to be playing at home especially after getting our first win under our belt. Keynsham will make it hard for us, so we know what we have got to do and we have to build on the Gillingham win, we just need the fans to come out and support us.”

Admission is £3 for adults £1 for concessions and free for Argyle Season-Ticket holders.

After a difficult start to the season where they lost their opening league match 2-0 at Crawley Wasps and a shock 4-3 defeat against Devon rivals Exeter City in the league cup, Argyle opened their account by coming away from Gillingham as 2-0 winners, thanks to goals from Becky Dandridge and Natasha Knapman. Argyle will be at full strength on Sunday, with both Helen Bleazard and Leah Burridge returning to the squad after missing the Gillingham match.

Argyle last played Keynsham in the 2017-18 promotion season, winning both games 5-2 and 6-1. Keynsham eventually gained promotion from the South West League last season and may prove to be formidable opponents. Keynsham did beat Buckland Athletic 2-1 in the League Cup but then surprisingly went down 2-1 at home to Milton Keynes in the league last week, so will be eager to open their league account.

It has been a difficult pre-season for the Development team, who open their South West League Western Division season at Alphington, which has been brought forward to an 11am kick-off on Sunday.

There has been a massive transformation in the Development set-up and they go into this game with only five players remaining from last season’s league-winning squad. Included in the squad is Steph Beck, who has returned from coaching in the USA.

There is an air of excitement in the squad as the first game approaches with nine players due to make their Development débuts. They know they face a stern test, as they had two very close encounters against a very experienced Alphington team last season.

Manager Rob Bonney and coaches Scott Robertson and Dan Tecza feel for the first time the balance is almost right in the squad for this opening game.

“During pre-season, because of injuries and unavailability, we had to rely a lot on the youngsters,” said Bonney. “It gave us a golden opportunity to look at them at close quarters and not one of them fell below the standard that the club expects.

“They all have the ability but it is the physical side that we have to manage. We now have a few more of our experienced players available, so the plan is hopefully to introduce these players into senior football in the correct manner.”

The club’s under-18 team are in action on Wednesday, when they play YMCA All Saints under-18 Girls at Salt Mill.