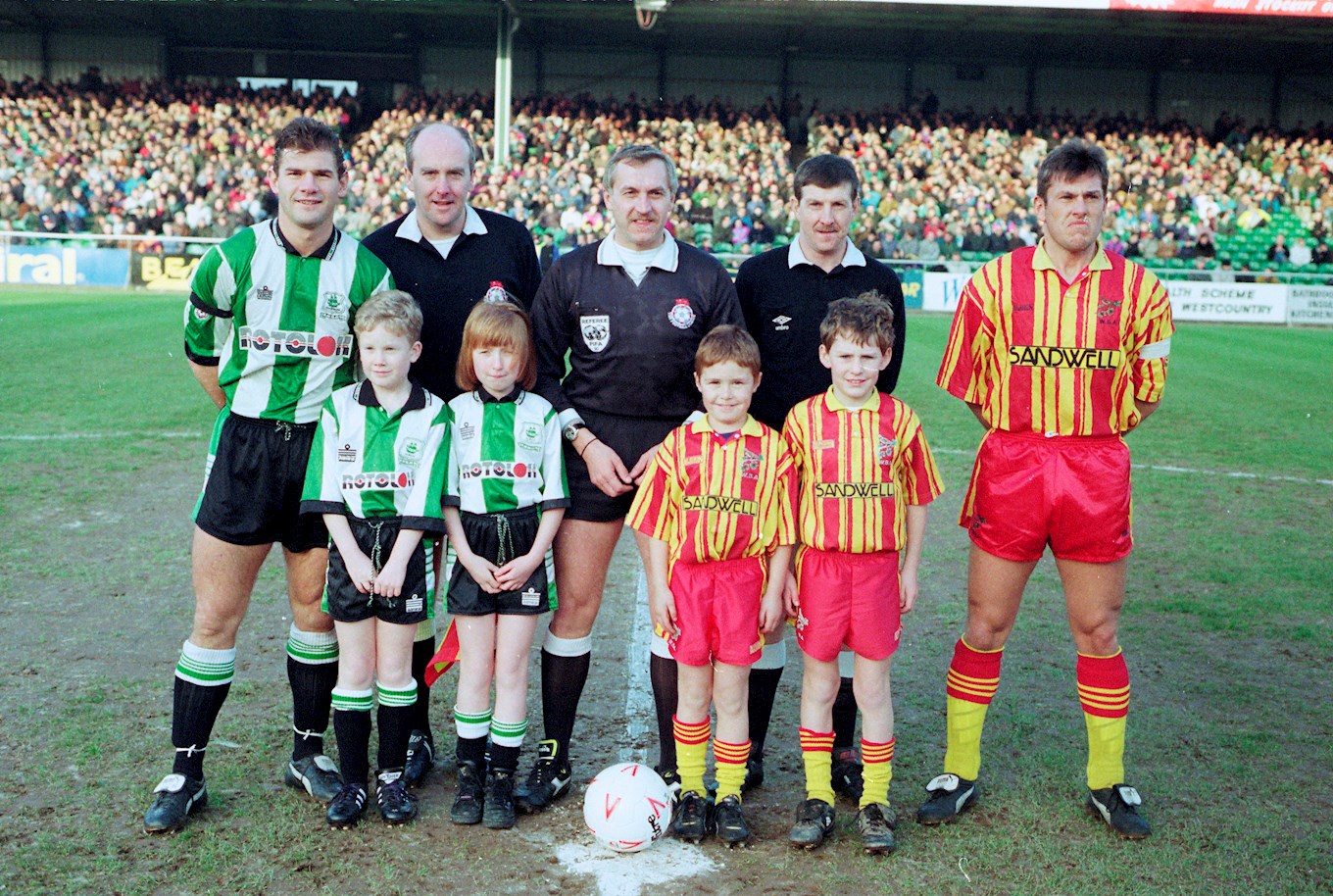 Mascots in the Family

HARRY Gossage, one of the mascots for Saturday’s Sky Bet League Two game against Cheltenham Town, is keeping up a family tradition

Four-year-old Harry’s mum, Ria, was once in his position as a mascot, for our Boxing Day fixture against West Bromwich Albion on December 28, 1992. At the time, Argyle were managed by Peter Shilton and captained by Steve Castle.

It was Ria’s dad, Steve Ferrett, who was keen for Harry to lead his heroes out at Home Park.

He said: “He’s all excited about coming to Home Park.

“Now Ria has two little ones of her own, I wanted Harry to be mascot like his mum was. I will do the same for Harry’s younger brother William when he’s old enough.”

We hope that Harry, Ria and Steve all enjoy the game and their match-day experience.