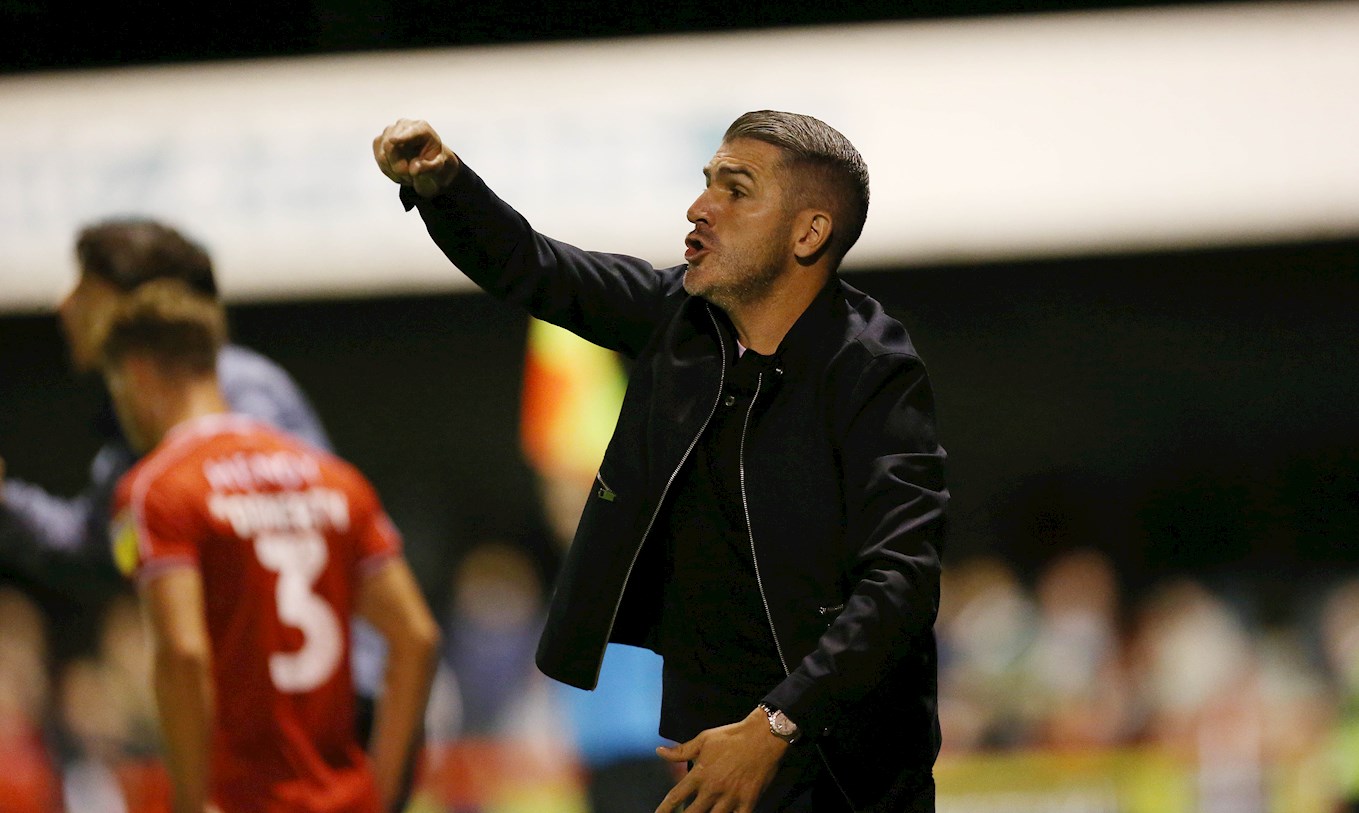 ARGYLE manager Ryan Lowe is confident his style of play and principled approach to football will reap rewards for the Pilgrims.

A vastly-improved display in the midweek 2-2 draw at Crawley was a step in the right direction after the weekend loss at Port Vale and the gaffer confirmed his players are listening to the message.

Argyle can now move forward to the weekend visit of Cheltenham Town with confidence and a repeat of the enterprise shown at Crawley will guarantee a treat for the Home Park faithful.

“My teams will come in for some criticism at times but we are going to stick with the principles, stick to the style of play,” said Ryan. “We’re on 12 points, I’d like to be on 15 or 16, but we’re not, and there is a lot of work to be done.

“I was quoted as saying that unless they [the players] start listening, they won’t play. Well, they’re listening, because they’ve got no option. The one thing I can say about the lads [at Crawley] is that they gave everything.

“It was a good point, we’ve now got a good home game to play on Saturday and if we play anything like we did [at Crawley], we’ll be ok.”