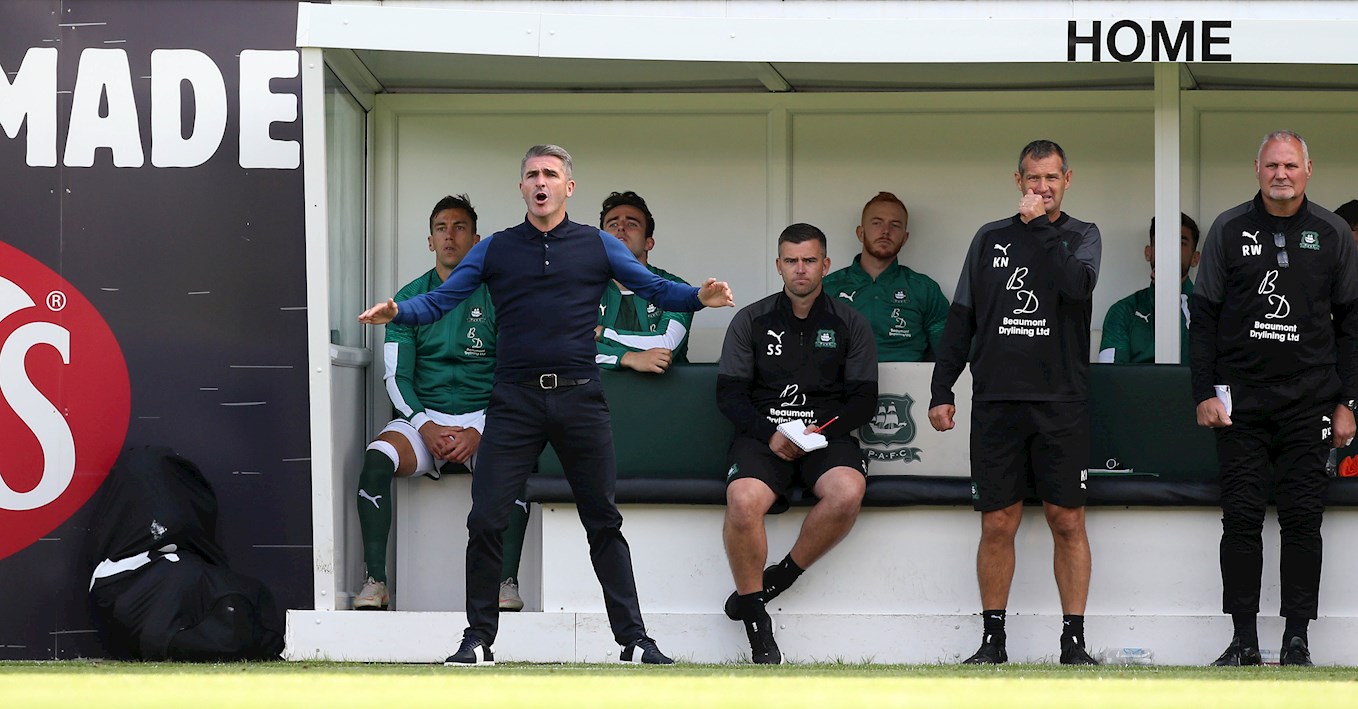 A STRANGELEY subdued Green Army were not the only ones unimpressed with the Pilgrims’ first-half showing in Saturday’s 2-2 draw with Oldham Athletic.

Argyle manager Ryan Lowe honestly admitted: “I just didn’t enjoy that first half, that first 39 minutes. It was atrocious.”

In that opening, the Greens had found themselves trailing 1-0 to a team that had occupied 22nd place in the Sky Bet League Two table before kick-off and looked nowhere near firing on all cylinders.

“It wasn’t enjoyable; I didn’t enjoy it one bit, and I’ve enjoyed every game so far. I think the goal they scored gave us a bit of a rocket and then we thought, ‘We’ve got to do something about it’.

“Fair play to the lads - they reacted, but I don’t want us to be reacting when we go a goal down; I want us to be at it straight away.”

The Greens did the hard work to pull themselves ahead from 1-0 down, after goals from Scott Wootton and Byron Moore, but were pegged back themselves after David Wheater levelled proceedings with a header from a corner.

Ryan feels that the goals his side are conceding are coming far too easy for the opposition. “We know that we have to work for our goals, and I don’t think a lot of teams have to work for theirs against us at the moment,” he said.

“We didn’t lose the game, and the lads are disappointed. We’ve analysed the goals – we know we can do better, that’s the good thing, the plus side.

“The lads know when they’re at fault and one or two owned up and said they could have done better – that’s great, that’s what we want, and we’ll work on it and make sure it doesn’t happen often.”

Argyle have won eight points out of a possible 12 so far at Home Park this season, and Lowe is keen to ensure that the form at home remains positive.

“I think it’s been well documented me saying that we don’t want to lose many games here and I think it’s nice we haven’t lost,” he said.

“We’ve still got that unbeaten record at home in the league – we’ll continue to work on that and make sure that’s a given, because of our fans.

“Today, I think it was a bit flat, maybe, I don’t know. Maybe we need to give the fans that spark, and we’ll look at that. Towards the end, when we weren’t putting the ball in the box, the fans need to understand that’s not how we play, but the fans have been brilliant.”