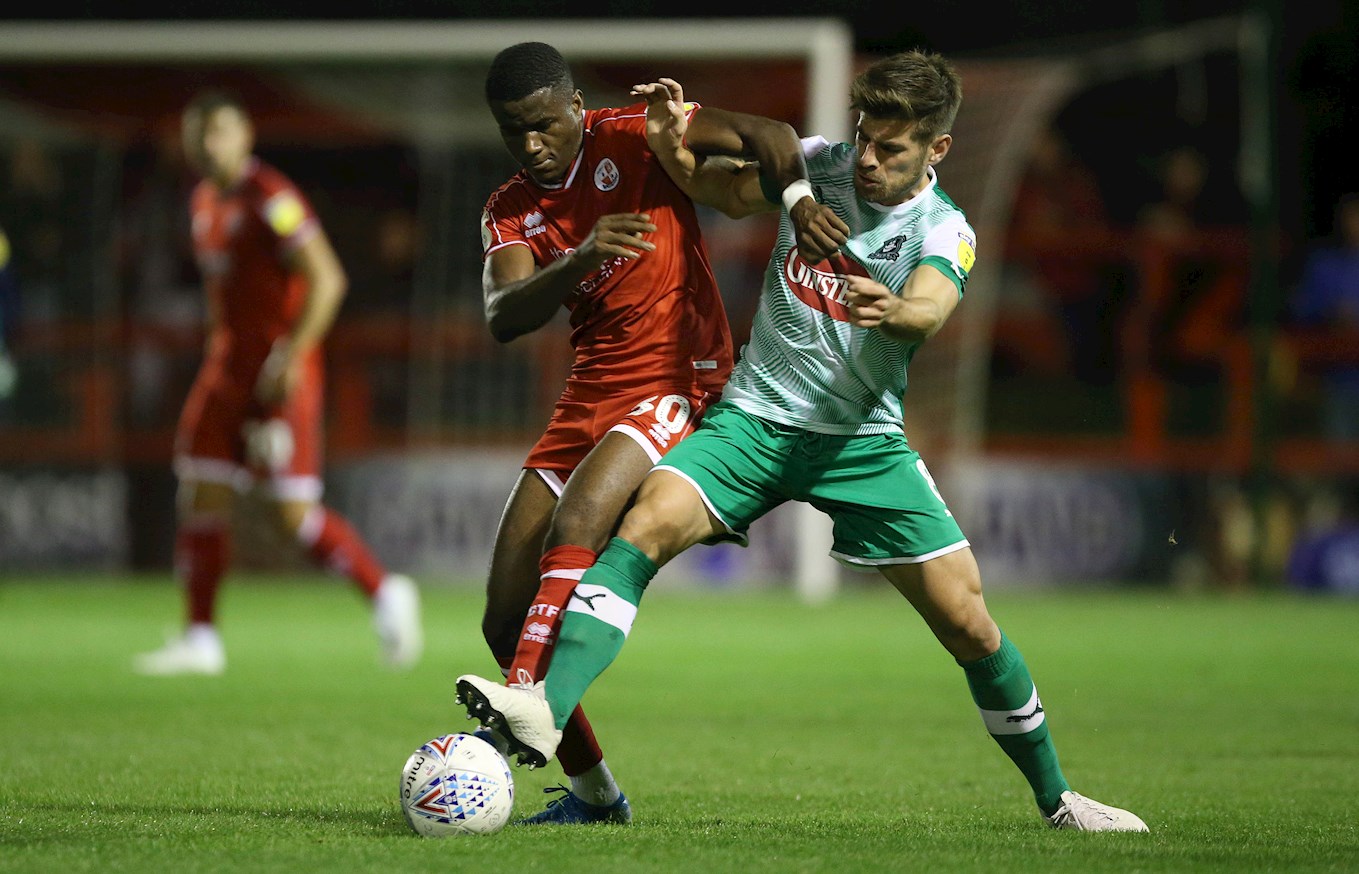 ARGYLE vice-captain Joe Edwards was both pleased and disappointed after the 2-2 draw at Crawley Town in Sky Bet League Two.

Trailing to an early goal from Reece Grego-Cox, Edwards popped up with two goals in the space of seven minutes and Argyle were on course for a fine victory, but had to settle for a point after Crawley fought back with a late penalty from Ollie Palmer.

“I’m slightly disappointed,” said Joe. “We got ourselves into a winning position, and then to concede later on like that is frustrating, but overall I thought we played really well.

“We stuck to the game plan, we did the things that were asked of us, and I think we played really well but it was that final ball that maybe, at times, let us down.

“Overall, we are pleased with how we played and got ourselves back into the game, and when we had that lead it was something we should hold on to.

“When you do dominate the game like we had done, the minimum you should come away with is the three points but it’s something we can learn from. It’s a positive that we can build on as well, so we have lots to take from it.

“It was a vast improvement on performance, and we are still looking for that 90-minute, complete performance, but it’s coming.

“We’re getting in good areas and playing really good football, I thought the tempo and the pace was fantastic, we dominated most of the game, so there’s plenty of positives to build on.”

On an individual basis, Joe has done a great job in a variety of roles already in his brief Pilgrim career and getting his first goal for the club was all part of the plan.

Operating as a wing-back at Crawley, Joe had the freedom to roam forward and headed in his first from a cross by opposite wing-back Callum McFadzean. The second came shortly after and all down to just trying your luck, as his deflected shot rifled into the roof of the net.

“It was nice to get my first goal for Plymouth Argyle, it was unbelievable, just a shame it wasn’t enough to win the game, but on a personal note it was fantastic,” said Joe.

“It was a nice feeling to score in front of the fans, as well. It’s wasn’t a fluke, that’s what [manager Ryan Lowe] wants us to do, he wants the full-backs to be setting up and scoring goals. Because of the way we were playing, I genuinely felt like we were going to get a goal and thankfully we did.

“Your confidence is up after your first goal, and you think ‘why not chance your luck’, and that’s what I did. I suppose if you don’t shoot you don’t score.”