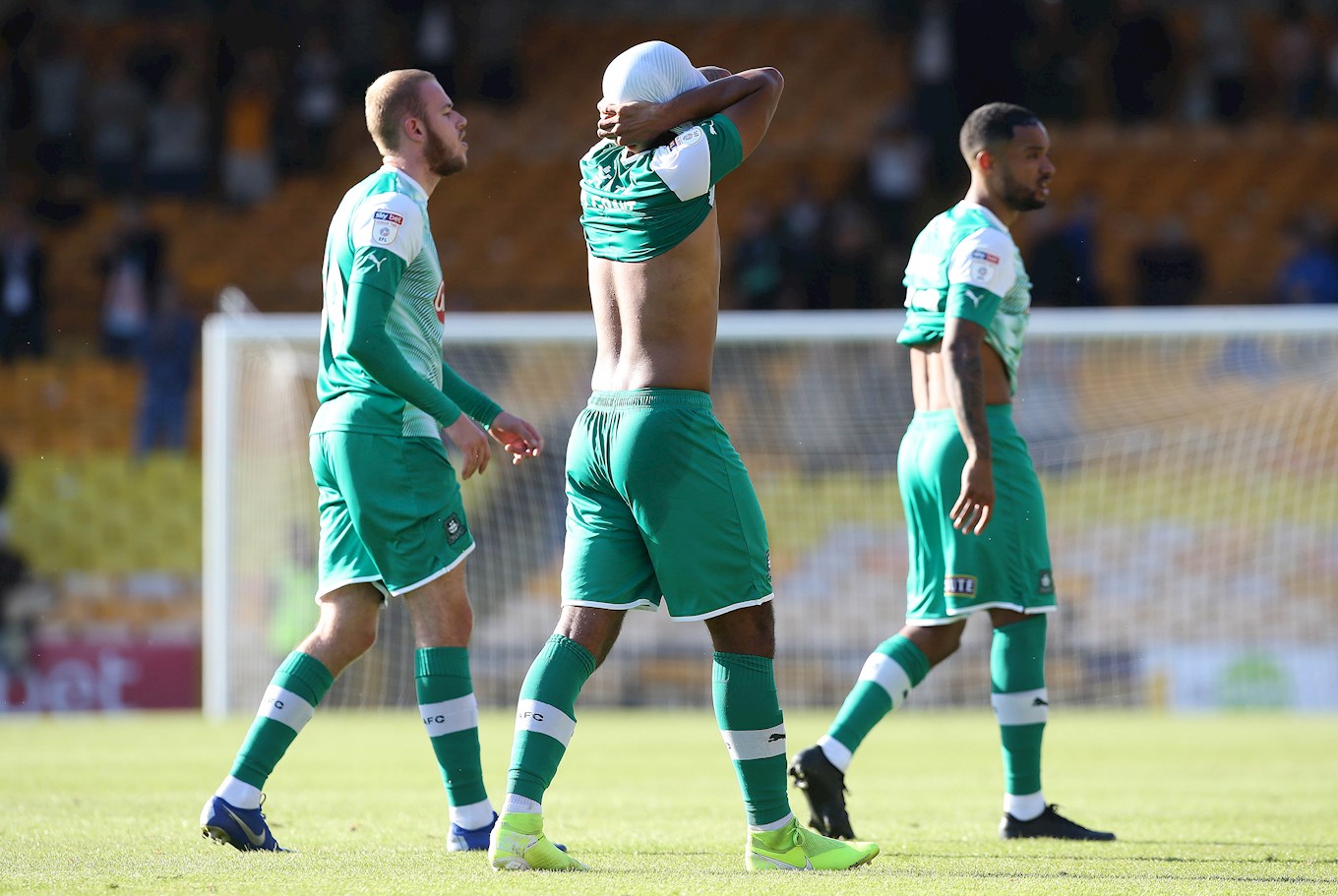 Rough with the Smooth

DEFEAT at Port Vale was certainly not part of the Pilgrim plan but wing-back Callum McFadzean was determined to look at the bigger picture after Argyle went down to a solitary goal from Nathan Smith late in the game.

The Valiants withstood a strong first half from the Pilgrims and deployed an increasingly familiar containment plan to thwart the Greens before snatching the victory.

While the frustration is, to coin a VAR phrase, clear and obvious, Fadz and his team-mates are already looking to the midweek trip to Crawley and the long-term objective of fighting at the top of the division.

“We aren’t going to be plain sailing all season,” said Fadz. “You’re going to have rough, rocky times, and it’s how you deal with them.

“We have a good set of lads out there that will deal with it. We want to be up there but there is much more football to be played.

“Obviously, we are going to be disappointed, we want to win as many games as we can, but we are not going to be down and kicking ourselves because we know there’s more football to be played.

“We know that if we keep playing right then we will only be going in one direction, and that’s up. We need to keep believing and keep sticking to the things that the Gaffer wants. It’s proven that it works, so get it right and we will go in the right direction.

“There are going to be a lot of teams who try to frustrate us, but that’s where we have got to be clever and stick to the game plan.

“We have [conceded] three goals that have come from crosses which is something we are working on and we will put it right. We have our analyst Jimmy [Dickinson] who will do his homework, we always know coming into every game what they’re going to be like, so we won’t be worried about that.

“We just need to believe in us when we get in the final third, and we need to make sure we are putting the right crosses in.

“We know the process is there and know it works, we just have to keep working hard, keep believing and things will pick up.”