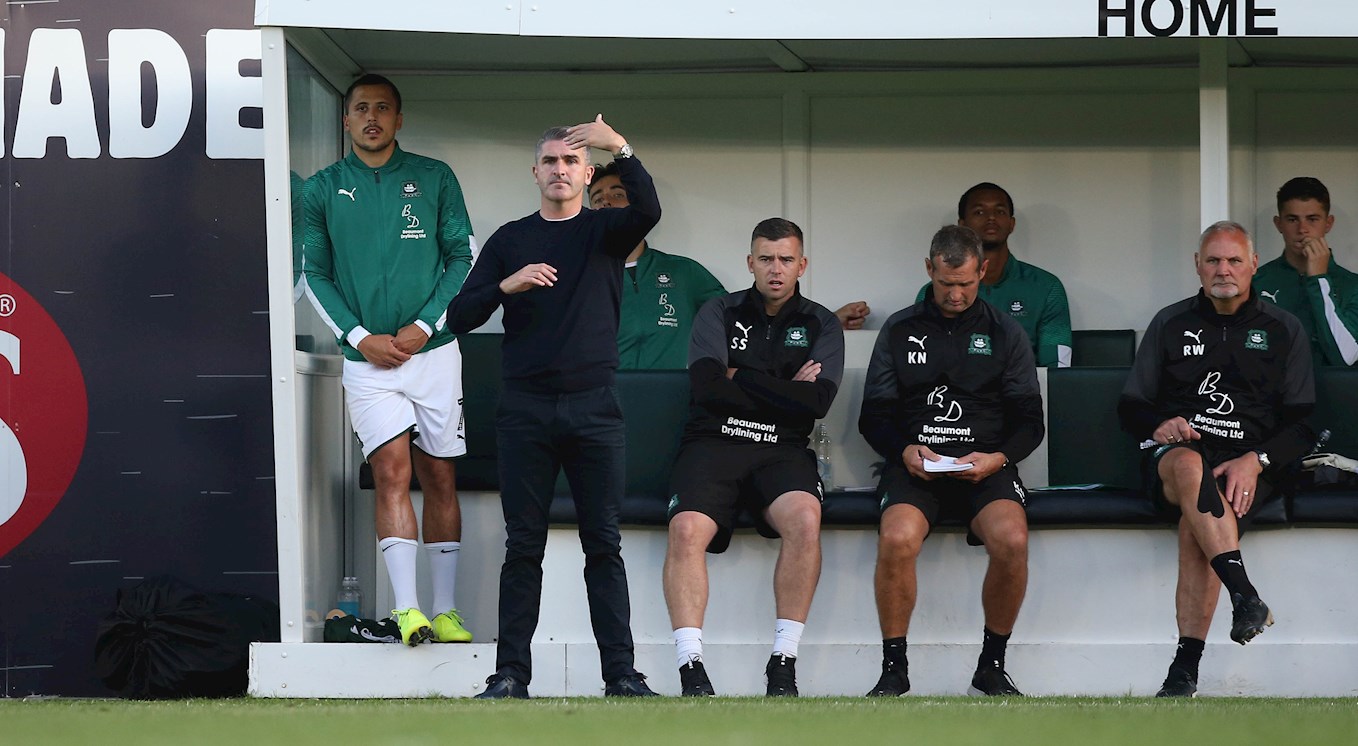 ARGYLE manager Ryan Lowe is thrilled with the options available to him going into this Saturday’s Sky Bet League Two game against Oldham Athletic at Home Park.

“It makes it more exciting for the fans to have a great squad of players, players that can come in when called upon,” said Lowe.

“In terms of selection, that’s what you want. We’re probably five days away from having a fully-fit squad, touch wood.

“The squad we’ve got, if we keep them all fit, there’ll be plenty of selection headaches for me.”

Several players made their debuts in Tuesday night’s Leasing.com Trophy match against Bristol Rovers, as the gaffer made nine changes from the side that lost to Northampton.

Full debuts were given to Will Aimson, Adam Randell, Klaidi Lolos and George Cooper, whilst second-year apprentice Jude Boyd made his first senior appearance for the Greens aged just 17.

Wing-back Cooper was one of the players who caught the eye of the Green Army on Tuesday and the loan signing will only add to Ryan Lowe’s options on the pitch.

“George is a terrific player, he’s nowhere near fitness, but we knew we could get 90 minutes out him, especially playing left wing-back,” said Lowe.

“He was a little bit stiff yesterday and today, bless him, but he’s got to get through that stiffness period to get up to match speed.

“When he gets up to match speed, he’s going to be a good quality player who adds to the depth of the squad.”