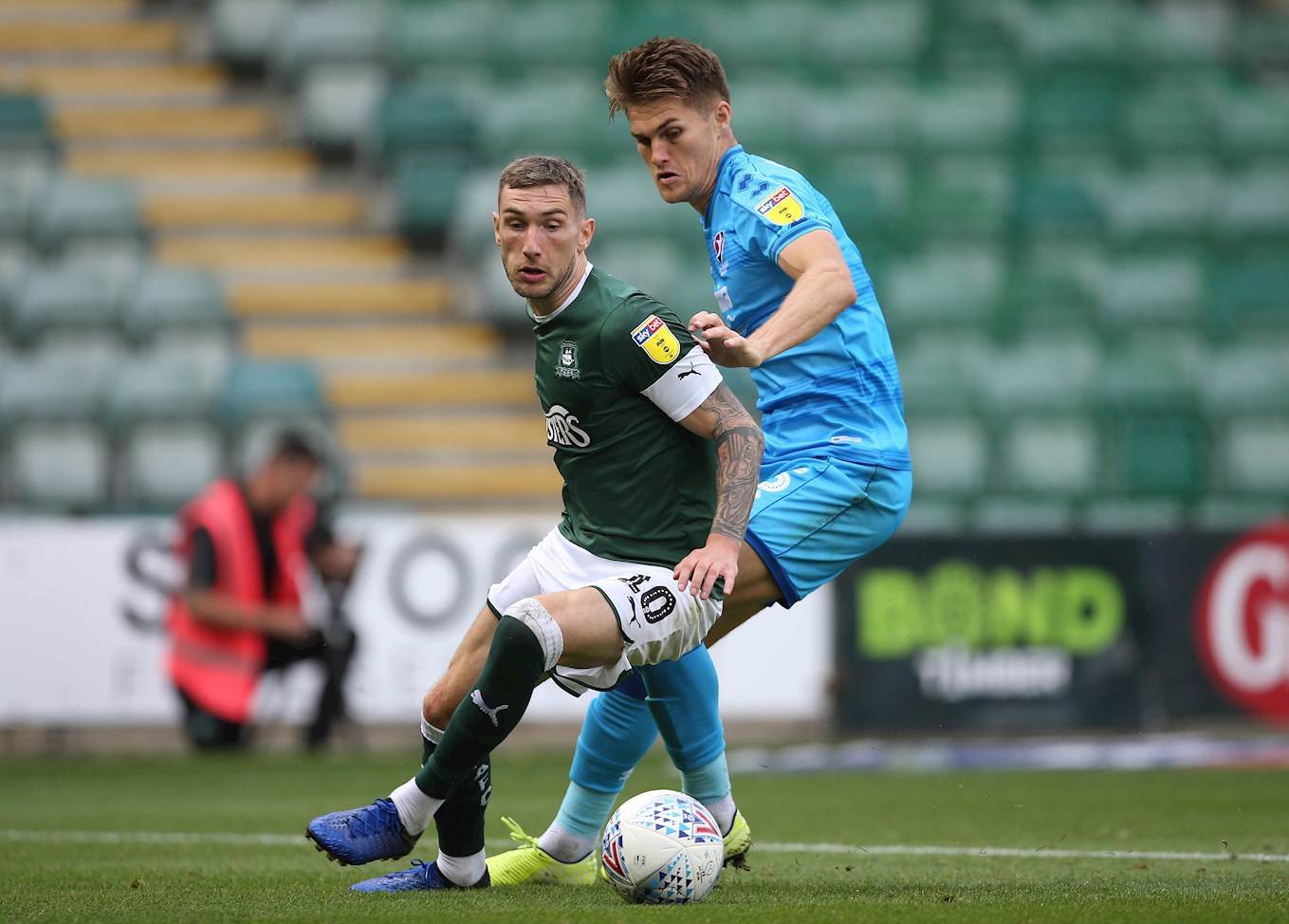 ARGYLE manager Ryan Lowe thinks Pilgrims’ playmaker Danny Mayor will suffer serious injury if referees do not take action against opposition players determined to stop him at all costs.

Not for the first time this season, Mayor was the target of some tackles during Saturday’s 2-0 home Sky Bet League Two defeat by Cheltenham that were dubious, at best, and downright reckless, at worst.

Seven days earlier, Mayor had been scythed down by James Gibbons in the opening moments of the away game against Port Vale, and Ryan’s concerns for the safety of his mercurial No.10 led to him talking to Saturday’s referee Scott Oldham before the game.

However, Mayor was again on the end of some rough-house tactics as Cheltenham racked up 13 first-half fouls.

Ryan said: “He’s going to get his leg broke and it’s not going to be nice.

“I had a polite word with the ref before the game. I didn’t want to show him any video footage, but you will all have seen footage of the Port Vale game...

“I asked [the referee] to protect him, before the game. I’ll leave it up to you whether he did, or he didn’t.”

Protected or not, Mayor was again a major factor in the Pilgrims accumulating 22 shots against visitors who managed just two to take the three points by exploiting some fragility in the Argyle penalty area.

“I don’t want to paper over any cracks by blaming the referee,” said Ryan. “I don’t make excuses. I’ll take responsibility for it.

“I’ll back the players a million percent that they will come good and score goals. The good thing is we are creating good chances, and we are working teams open and getting in between the lines.

“That’s going to be the case in most games that we play, especially at Home Park, but that doesn’t win you games.

Ryan said: “On the training pitch, back to the drawing board, keep working hard – we’ll never rip anything up in terms of our philosophy and the style of play because you’ve seen its working; it is just that last little bit in both boxes that’s hurting us at the moment.”