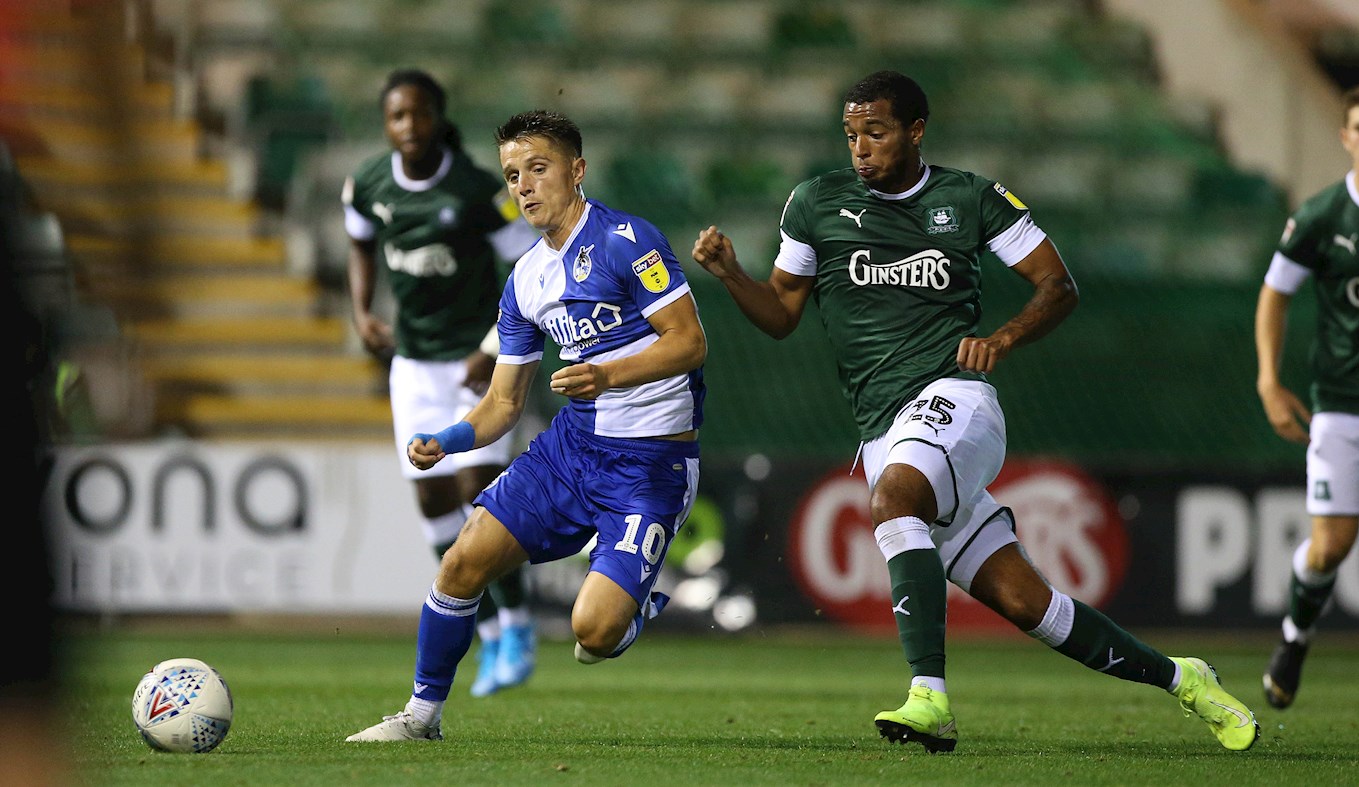 AS Argyle get ready to host Oldham Athletic on Saturday in the Sky Bet League Two, on-loan defender Josh Grant shared his thoughts on life as a Pilgrim so far.

Josh, 20, joined Argyle on loan from Premier League giants Chelsea in August and has made four appearances for the Greens so far this season, with one of those coming in the League – coming on as a second-half substitute in last weekend’s 3-1 loss away at Northampton.

Although yet to start a league game, Josh is happy with how his time at Theatre of Greens has started: “It’s been really good, I’ve been working hard in training and finding my feet in the games,” he said. “I’m hopefully ready to start pushing on now and help the team as much as possible.

“I’ll play anywhere on that pitch, I don’t mind, as long as I’m playing and doing my job for the team, then I’m happy.”

Josh’s versatility has already been evident on the pitch, as he’s found himself playing on both the left and right hand-side of the back three and is a very useful option at either side in the wing-back position.

“Coming up from Chelsea, they like to have versatility and make sure players are comfortable whenever they’re called upon and it helps me get into the team if I’m comfortable in different positions, so I can slot in wherever and hopefully get minutes,” said Josh.

Competition for places is rife at the back, with five players all vying for the three central defensive positions. Josh is adamant that this can only be a good thing: “We’re all doing well and we’re giving the manager a headache, that’s all we can do as players,” he said.

“It’s up to the manager, he’ll do whatever he feels best. I think the boys have been doing well at the back, so obviously I’ve had to bide my time – there’s nothing wrong with that, it’s not like I’m not pushing for a start or anything.”