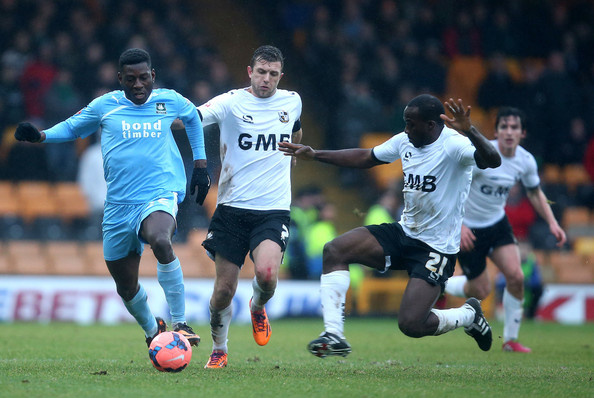 STATSO is back on the case with a look at Argyle’s history at Port Vale, as we head to Staffordshire on Saturday for the latest fixture in Sky Bet League Two.

First time: Bob Jack’s men lost 1-2 at Vale Park on Saturday, February 7, 1931 in our first season in the second tier of English football. Sammy Black was our scorer.

Last time: We lost 0-4 on Saturday, January 5, 2013. Romain Larrieu and Kevin Nancekivell were in temporary charge following Carl Fletcher’s sacking after a defeat at Bristol Rovers on New Year’s Day. Unfortunately, striker Nick Chadwick was dismissed shortly after Vale took the lead as a miserable afternoon ensued. John Sheridan, looking on from the stands, was soon appointed as the Greens new permanent manager and he saved us from the dreaded drop out of the EFL.

Most goals in a single game: We have shared six goals with Port Vale on their own patch on three occasions. As well as our 5-1 win and 1-5 defeat, we also drew 3-3 against the Burslem club on Friday, December 9, 1977. Terry Austin (2) and Mick Horswill scored for Mike Kelly’s team.

Further interesting facts: Our first win at Vale Park in the EFL came at our eighteenth attempt on Monday, October 31, 1983. Johnny Hore was the successful manager in a 1-0 victory. David Phillips grabbed the all-important goal.

Paul Sturrock is undoubtedly our most successful manager in this away fixture. He won both of his games at Vale Park – particularly impressive when you consider that this is a ground where we have only recorded three victories in 27 attempts.

Our 1-2 defeat at Vale Park on March 10, 1974, only our second ever Sunday fixture in the EFL, will be remembered for all the wrong reasons. Tony Waiters’s team had three men sent off: our goal scorer on the day, Steve Davey, plus Dave Provan and Bobby Saxton. For Davey and Provan, it was the first time that they had been dismissed in their careers.