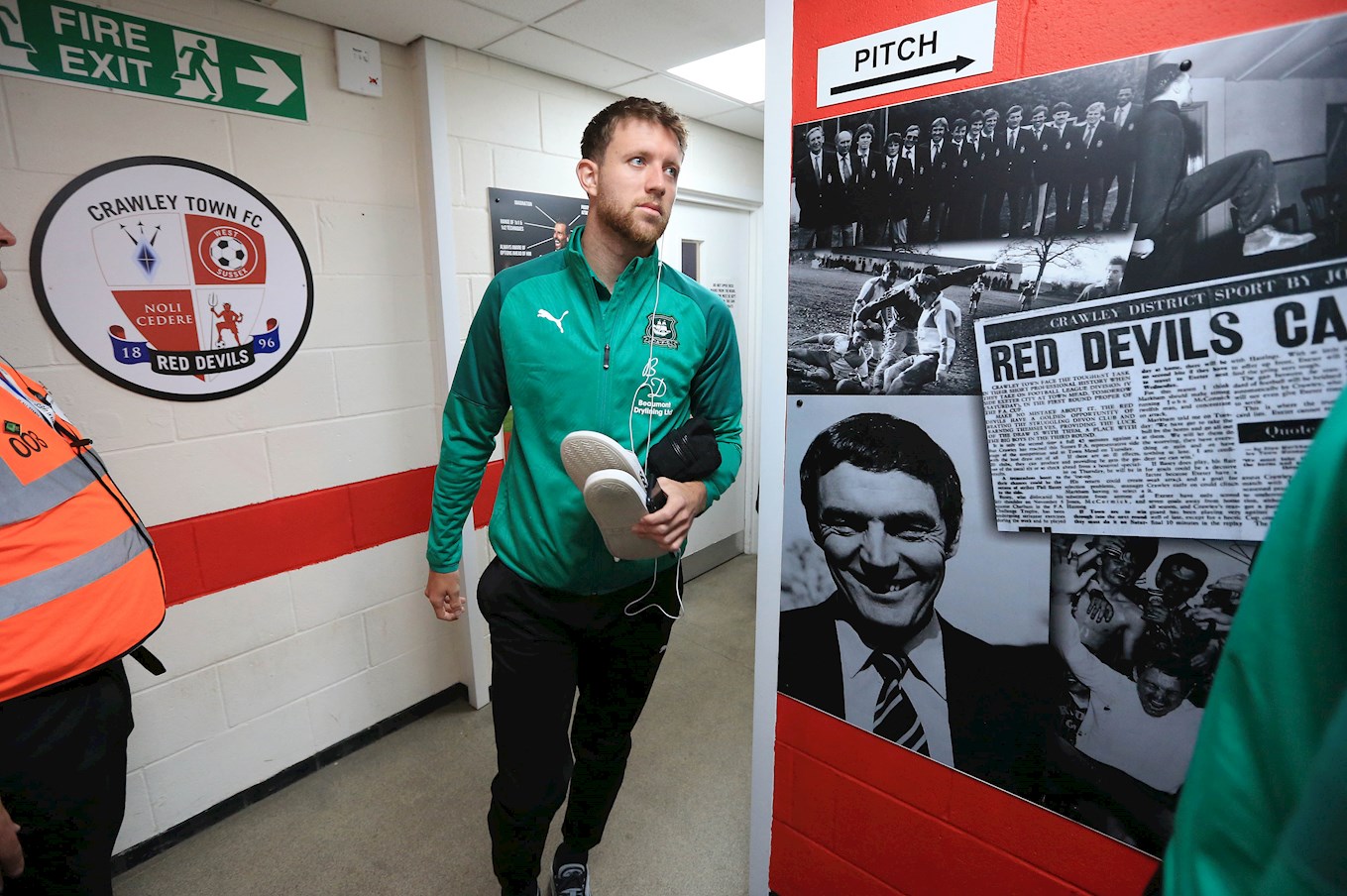 ONE of many highlights from a fine Argyle performance in the 2-2 draw at Crawley Town was an enterprising full debut for defender Will Aimson.

The summer recruit has had to patiently work his way back to fitness after arriving at Home Park with an injury from last season, making his first appearance with 45 minutes in the win over Bristol Rovers in the Leasing.com Trophy.

Joe Edwards scored twice to earn the point at Crawley but, as well as his defensive duties, Aimson was denied a first goal in Green by a brilliant save from home custodian Glenn Morris.

“Will has got that eagerness, determination and desire,” said Argyle manager Ryan Lowe. “He’s not happy that he [Morris] has made a worldy save.

“We know what Will’s got and so have the rest of the lads. We freshened it up, made a couple of changes and gave opportunities. The lads know that there will be opportunities until I get a consistent team.

“Will was outstanding. I don’t like to single out individuals but we know what we’ve got with Will, and just unfortunate not to get a goal.”