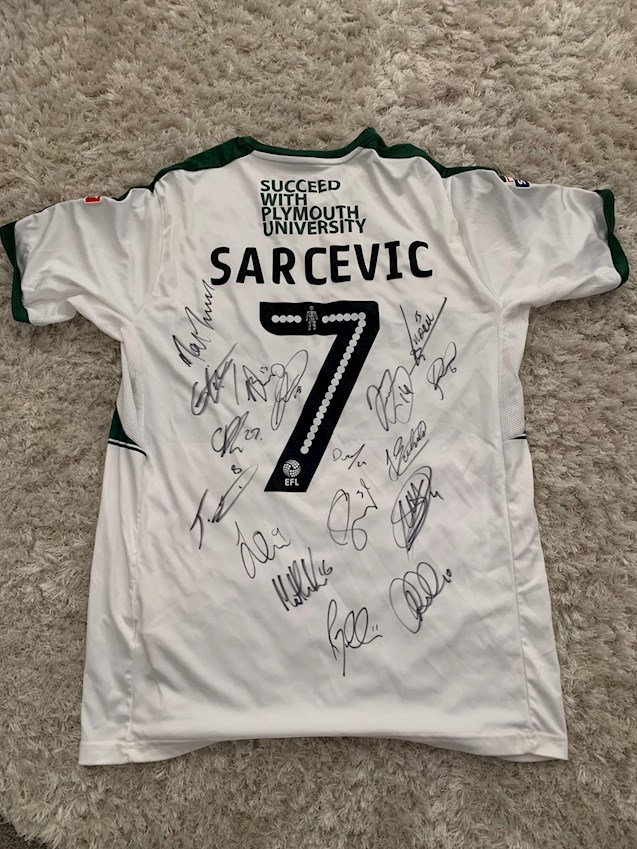 Squad members from the Pilgrims' 2016/17 Sky Bet League Two promotion-winning campaign are to auction their match-worn shirts in aid of the NHS.

The iconic white away shirt with the green band was recently voted the winner of the 'World Cup of Kits' on the club's official Twitter account - which gave Pilgrims midfielder Antoni Sarcevic an idea.

He said: "I saw that season's kit had won the club's vote for the best ever, and I thought about how we could try and use it for a good cause.

"I got in touch with the lads from that season and we agreed it would be a positive thing to donate the shirts to auction for the NHS."

The players agreed, in partnership with the club, that funds raised from the shirt auction would be donated to the University Hospitals Plymouth NHS Trust, some of whom are currently carrying out antenatal and phlebotomy work in a makeshift workplace at Home Park Stadium.

"It's a difficult time for many, and most of us want to help out in any way that we can," said Sarcevic. "NHS staff are going above and beyond at the moment to look after our community, and we are so grateful for that."

Sarcevic is the first to donate his shirt to the cause, and the auction is now live on our club eBay store. More shirts from Sarcevic's promotion-winning teammates will follow in the coming days.

Click here to bid on Sarcevic's match-worn shirt, signed by the squad of 2016/17.