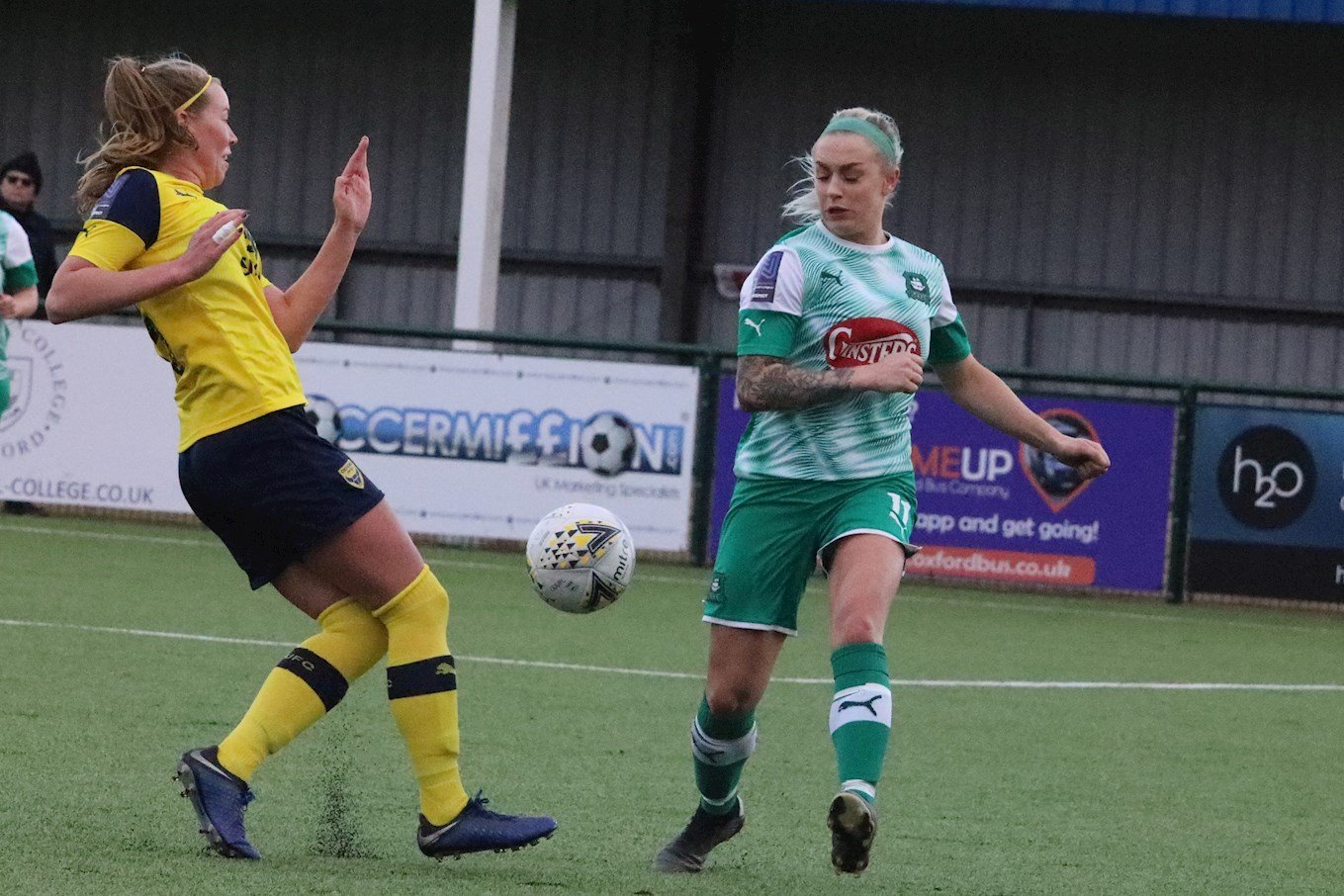 WITH the season brought to its premature close, the Argyle Ladies squad turned to a different kind of competition to keep sharp.

On Friday night, the team held a virtual quiz night online, with all funds directed to the team ahead of beginning again next season. Among the participants, all the way from the United States of America, was Argyle chairman Simon Hallett.

Unfortunately, a glitch prevented a number of fans entering – but the evening still proved a huge success, with £138 being raised.

With the 19/20 season now at an end, Argyle Ladies can reflect on a case of what might have been. Riding high in the National League Southern Premier Division, they were hit with a destabilising injury crisis within a few weeks short weeks just before Christmas – leaving manager Dave Leonard struggling to field a side as the Pilgrims sought promotion from a competitive division.

In the end, the Greens finished the truncated season in fourth place, just a solitary point behind second. A shock exit against Exeter City in the National League Cup first round saw them enter the Plate competition. This produced wins against Buckland Athletic (7-1), AFC Wimbledon (3-2), Stevenage (3-1) before going down 2-1 at home to West Bromwich Albion (2-1) in the semi-final. They also reached the final of the Devon Senior Cup where they were due to play Exeter City, looking to avenge their early-season loss to the Grecians.

Manager Dave Leonard said: “It’s great to see the girls keeping in good spirits. I'm in touch with many of the girls regularly regarding their training, but it’s a bit difficult at the moment.”

Understandably, Leonard would like to use this time to prepare for the upcoming season, however, the uncertain future timeline caused by the coronavirus presents its fair share of problems in this respect.

“Without confirmation from the Devon FA, we could be putting out a five a side team in the final.' Adding: 'I don't mind it (the final) being made a curtain raiser for the season but you have to feel for the FA because they are in a damned if you do and damned if you don't situation.

“Nobody can plan anything. No one knows what is happening. I spoke to the Watford manager the other day, you can see from his point of view they are all set up for promotion.

“I just don't know what to do to prepare for a season when we don't even know when it will start. You don't know what players you have got, and it will take at least a month to six weeks to get them fit enough to compete at this level.”

Leonard is hopeful that, although the results have been discarded, individual statistics remain valid, in order to allow first-team debuts, among other things, to remain a part of the club’s emerging history.

“I never gave it a thought that, Libby Lawton who made her first team debut a day after her 16th birthday, will lose that record - as will teenage goalkeeper Maisie Frickleton who made her début against Hounslow. It is as if it never happened and I feel sorry for them.

“Youngsters such as Beth Everson, Libby Lawton, Rosie Shipp, Nelinha Barros, Dee Newman and Maisie Frickleton all making their debuts that will never be recorded. It is such a bizarre situation.”