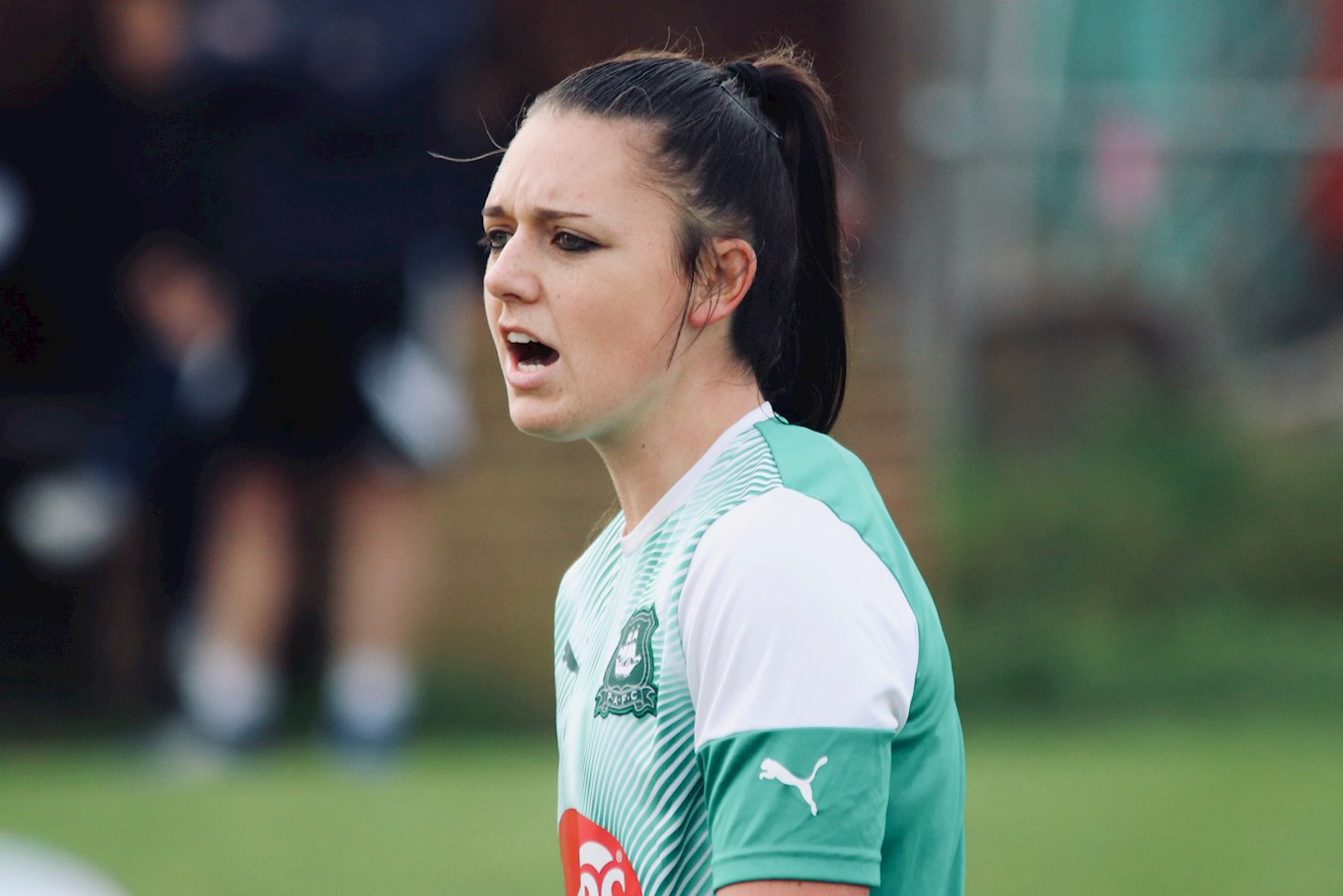 Argyle Ladies’ season may be over, but there is still one more piece of silverware up for grabs – the Supporters’ Player of the Season.

It has been a strange season for the girls, who were looking like title challengers until a mad three-week period saw them lose the majority of their first-team squad through injury and relocation.

Manager Dave Leonard feels that selecting a stand-out performer from the Ladies’ campaign will not be easy: “There are three or four who were in the running. After each game I would give players a mark out of ten for their performances, and at the end of the season I was surprised how close it was.”

With voting open until May 1, Dave Potham outlines a few of his favourites to win the honour.

Ben has played in 16 games, and was one of the number who suffered serious injuries at a crucial point in the season, missing games with a damaged hand. Thankfully, the shot-stopper returned to the fold to produce a number of excellent performances.

Bow returned to the club she started with after a stellar career with Yeovil Town and Calgary Foothills and has been a huge asset. Her experience at the higher level has been invaluable as she has slotted in well at right back, but can perform anywhere across the back four.

An inspirational leader both on and off the field, club captain Kate has been at Argyle for almost all her career. Her experience at the heart of the defence is invaluable, having played almost 300 games scoring nearly 100 goals.

Such is her versatility; she was called upon to don the goalkeepers jersey when Kyle was injured.

'Blez', as she is known, came to Argyle having had a fantastic international career with Wales and has proved to be incredibly talented, but also a real team player.

Helen has been asked to perform in a number of roles, but is most effective on the right wing, utilising her strong running and inch-perfect crosses to devastating effect. Her performances have seen her recognised on six separate occasions as opposition Player of the Match.

Despite her young age, Mollie Taylor has proved to be a reliable and cultured defender. Mollie has played over 160 games and hit the net 25 times. A quiet operator who takes no prisoners, Mollie often produces the defence splitting pass as well having an eye for goal.

Lydia moved to the area having played for Gillingham and has proved to be a solid and reliable central defender. A superb addition to the squad with her no nonsense defending, Lydia has established herself in the back four.

23-year-old Leah Burridge is another who had moved to Argyle from Yeovil Town, and has proved to be a valuable asset. Leah has performed at both right-back and across the midfield. A tenacious player, Leah plays the game with a smile on her face.

Just as she was having her best-ever season, flying winger Amber suffered a severe knee injury which put her out of action for the rest of the season. Known as Bambi, Pollock's direct play on the flanks proved to be a constant threat to opposition full-backs.

Teenager Faye made the transition into the first-team look easy, as despite being an attacking midfielder, she settled in at right back. Despite her youth and inexperience, Faye has evidenced a keen ability for defensive duties.

Kayley is one of those players who is a manager’s dream. Often doing the unsung work in the midfield, Kayley proved to be a valuable asset who was sorely missed when she became injured. The rangy midfielder can be compared to England's Jill Scott whose effervescent energy means she is always in the action and a great team player.

Twice the winner of the league golden boot, 'Tash' suffered a nasty injury which kept her out of action for most of the previous season - but returned to the fold to take pick up where she left off. This season saw her net 23 times.

Becky Dandridge is such a good player that she is often the target of crude challenges. Having played at a higher level with Oxford United, Dandridge quickly became part of the impressive Argyle midfield but injuries eventually curtailed her season.

Zoe proved to be a nightmare for opposing defences with her strong running. Zoe joined Argyle from Reading, and settled in well playing on either wing or in an attacking midfield position. She also had an eye for goal, scoring six times before taking a leave of absence.

Despite her young age Jessie proved to be a superb asset for the Pilgrims. The England under-20 international was part of the remarkable midfield that shot the Greens into title contention. Always in the thick of the action, her time at Argyle came to an end when she accepted a job in the Middle East.

Voting ends on May 1. To cast your vote for the Argyle Ladies Supporters' Player of the Season, click here.