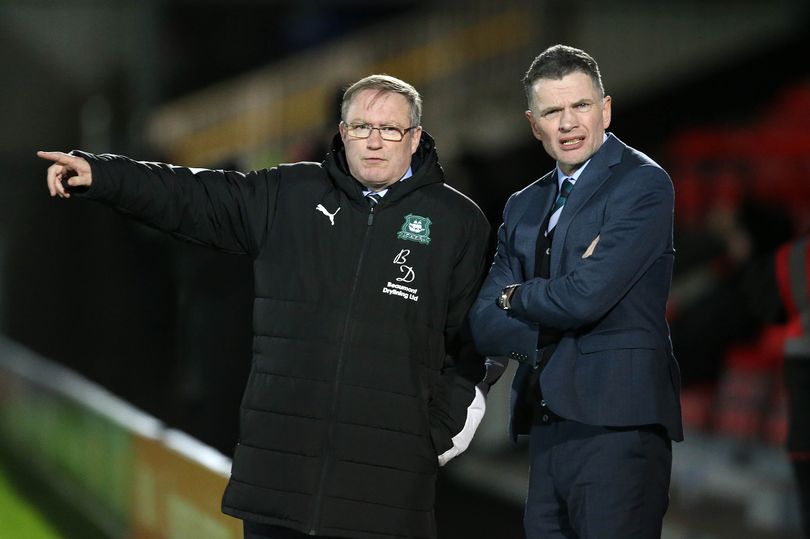 DESPITE the coronavirus-enforced suspension of Argyle’s Sky Bet League Two promotion charge, work continues behind the scenes to realise Chairman Simon Hallett’s vision of becoming a sustainable Championship club in the near future.

Data-driven decision-making is a key element of the club’s proposed philosophy moving forward, and Director of Football Neil Dewsnip has played a big part in implementing statistics to inform the Pilgrims’ recruitment policy.

Having engaged with a number of data analysis firms over several months, the club has begun working with two companies to help shape tactical and transfer plans in the coming years.

“There’s a number of things going on at different levels. We have brought a new data analytics approach in-house,” said Dewsnip.

“We’re doing work with two companies; Opta provide us with a lot of team and individual data which we can track and identify possible Argyle players from, and, secondly, a little bit more specific, we work with a company called 21st Club. They help us with a model for identifying future target players. I don’t want to give too many secrets away, but that is moving along nicely.”

“They have got a massive database of players from not just Great Britain, but all over Europe. With that in mind, they can identify players for us that, under normal circumstances, we may not be aware of.”

Despite having only recently acquired support from Opta and 21st Club, Dewsnip says that Argyle have already identified a number of potential transfer targets.

“We have a few names already, based on our work so far,” said Dewsnip. “We had been watching one or two before the lockdown, and we will pick it all up again with other targets as and when we restart the season.”

With a freshly implemented philosophy, based around the attacking ideals of manager Ryan Lowe, the Greens have a clear style of play in mind when assessing potential recruits.

Dewsnip explains: “Our playing style is a big part of our model. We are looking at players who we believe will fit into our style of play – and that’s agreed between Ryan, myself, the Board and the coaching staff.

“I would like to think that the supporters have enjoyed the style we have played with this season and have been entertained. It’s a feel-good factor, and we want to keep identifying players who can do that – and keep doing it a little bit better.

“Our style of play is very much about high tempo, excitement, and goals. We intend to do that through being a possession-based team, and when we haven’t got the ball we want to get it back as quickly as we can. It’s a very simplistic overview of our style, of course, but it’s about entertainment.”

While data is already helping Lowe and his team identify potential targets, it can only paint part of a picture. For unquantifiable traits, like personality, traditional scouting still has its part to play.

“We have key performance indicators for each position. I won’t go into that in too much detail, but these indicators point us in a direction,” said Dewsnip. “But, we don’t sign players from the data – the data allows us to go and watch players. We need to know that they’re good characters, that they can be part of a South West environment, and that they’ll fit the style. There are so many factors which go into deciding whether to go for a player.”

Dewsnip hopes that the better use of data analytics can help the Pilgrims recruit more efficiently, giving Argyle an edge over competitors. However, he is also keen to point out that, the further you go up the EFL pyramid, the more prevalent the use of data becomes.

“I must stress that most clubs, especially ones at the levels this club aspires to get to, are heavily involved in data analytics already. We are at the start of a journey, really, and we’re developing our model.”