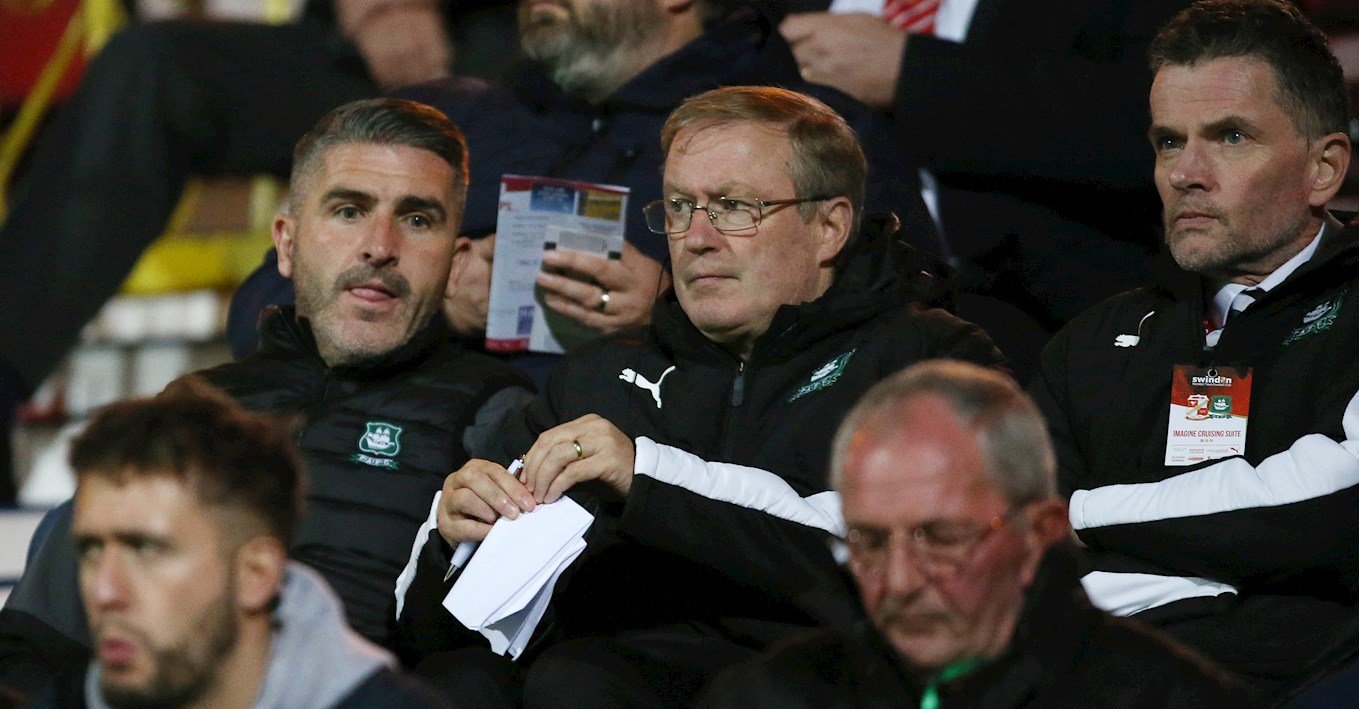 ARGYLE Director of Football Neil Dewsnip has a wealth of experience to call upon from a long and storied career at the highest levels of the sport, but even he has not tackled a period quite as surreal as this one.

Dewsnip, whose impressive CV boasts 17 years at Everton’s Academy and management of several England sides at youth level, joined the Pilgrims in the summer.

“I think it’s the most peculiar period of my career, without a doubt,” said Neil. “If you’re a football coach, player, or anything, really, it’s obviously about games. It’s about the emotion of winning, losing, drawing. Whether we’re staff, players, or spectators, to lack that emotional connection to football right now is really strange.”

With Dewsnip’s support, manager Ryan Lowe and assistant Steven Schumacher led the Greens into the automatic promotion places in Sky Bet League Two with just nine games of the season remaining - before matters outside of football stopped the team’s charge in its tracks.

Speaking of the season’s temporary hiatus, Dewsnip said: “I think the first thing to say is that it’s been incredibly frustrating. We were obviously in such a good position, third in the league. Everybody had worked really, really hard to get to that point, and it’s a great opportunity for us to get promoted – not a given, obviously – but we were all very excited.

“We felt that the momentum was very much with us, and then it got taken away. That said, the frustration is balanced out, very strongly, with the common sense of knowing that people are in real difficulties, and we have to make sure that we come out the other side of this virus as safe as possible.”

In the weeks that have passed since the season’s suspension, the decision-makers at Argyle, like senior management teams up and down the country, have had to tackle the challenges forced upon them by the coronavirus lockdown.

The financial implications that result from not being able to host games of football, alongside other events, led the club to make use of the government’s furloughing scheme to protect jobs and secure support to pay wages.

“Pretty much every day I’m in contact with either Zac [Newton, Club Secretary] or Andrew [Parkinson, Chief Executive], if not both of them,” said Neil. “They made myself and Ryan aware that furloughing might be a possibility, to forewarn us. It then became clear that it was the right thing to do for the football club.”

All contracted players, alongside a number of coaching staff, have been furloughed – with the club topping up government funding to ensure that every Argyle employee continues to receive their full salary until the end of June, at least.

“We felt that it should be a united, ‘One Argyle’ approach,” said Neil. “If the staff needed to be furloughed, we felt that it was appropriate that as many of the football staff could be furloughed at the same time, rather than dribs and drabs. Obviously myself, Ryan, Schuey and, in the Academy, Phil Stokes have remained active to make sure that the footballing side of the club can operate as and when it was needed to.”

Despite not knowing for how long the season will be suspended, Neil feels that the club’s leadership has done well to ensure that staff and supporters alike have been well-informed as the situation unfolds.

“I feel that the club has handled this difficult period with clarity and transparency – both internally and externally,” said Dewsnip. “That’s credit, ultimately, to Andrew and Zac, who have communicated in advance, ensuring that staff and players were forewarned. Nothing has come as too much of a surprise as and when these things have kicked in.

“We are absolutely behind the decisions to have football wait,” Neil continued. “We need to protect each other, and make sure we come out of this period as strong as possible. When that happens, we just need to make sure that we’re ready.”