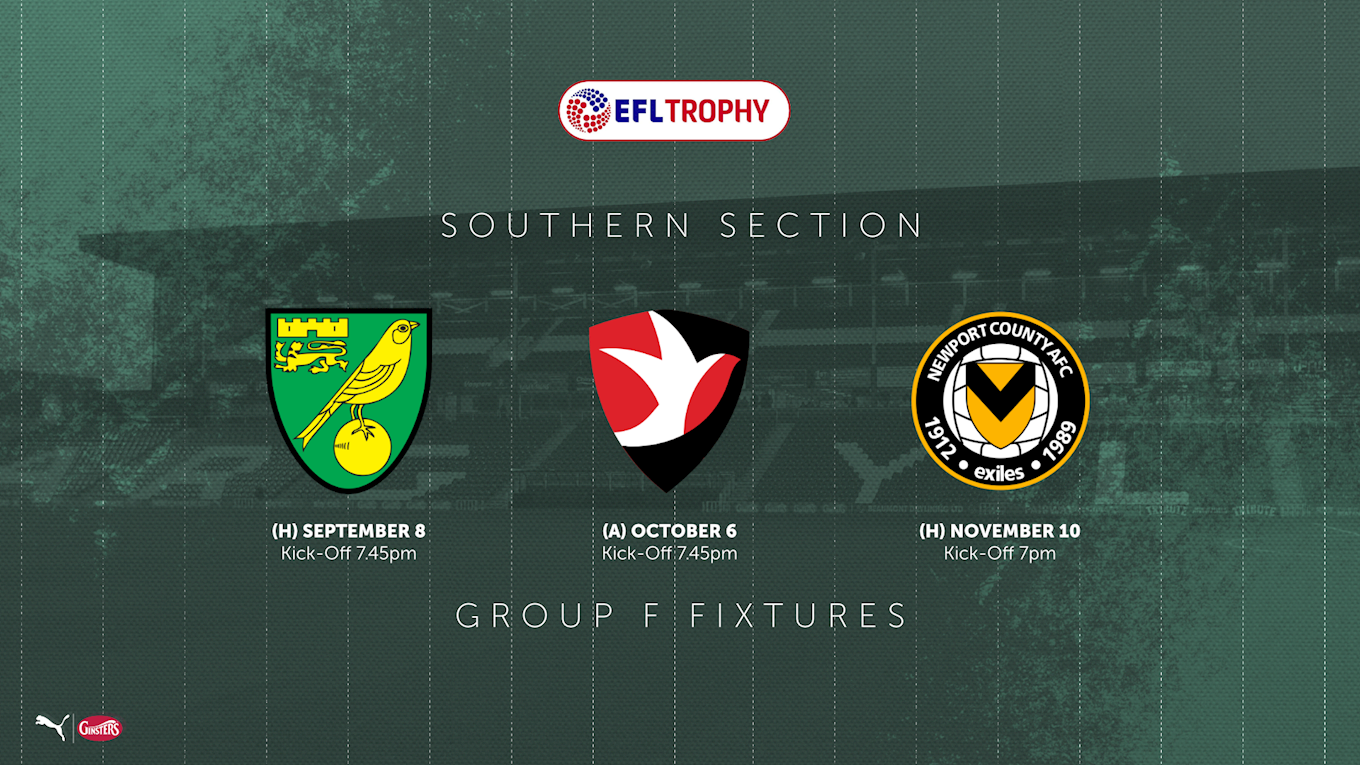 Ryan Lowe's Greens will then head to Cheltenham Town for the penultimate group stage fixture on Tuesday, 6 October (7.45pm), before hosting Sky Bet League Two side Newport County at Home Park on Tuesday, 10 November, with a 7pm kick-off.

Last season, the Pilgrims fell narrowly short of qualifying for the knock-out stages of the competition, with a last-minute defeat to Chelsea eliminating the Pilgrims at the death, despite defeating Swindon Town 3-0 and Bristol Rovers on penalties, after a 1-1 draw in normal time.

Ticketing availability will be subject to government guidance. More information on options for supporters, including live streaming, will be available in due course.