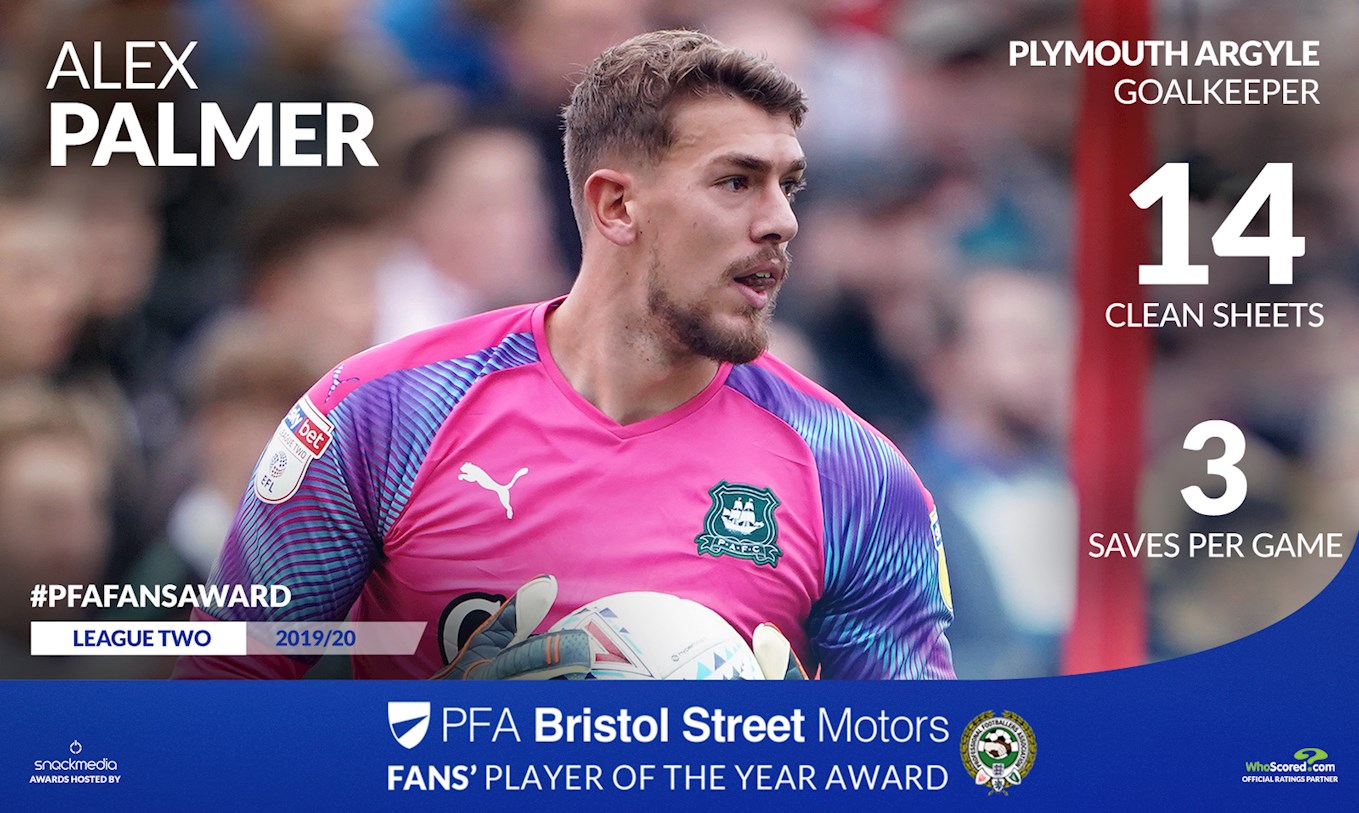 Alex Palmer has been voted the League Two PFA Bristol Street Motors Fans’ Player of the Year for 2019/20 by football fans across the country.

In a vote run by fan engagement experts, Snack Media, the goalkeeper was victorious after proving an instrumental figure in Argyle’s promotion to Sky Bet League One. The stopper kept an impressive 14 clean sheets in 2019/20.

You can see the final poll below:

Liz Cope, chief marketing officer, Bristol Street Motors said: “Supporting the PFA Bristol Street Motors Fans’ Player of the Year Award is a privilege. The accolade highlights the high calibre of talent currently demonstrated by the players, while acknowledging achievements throughout the season.

“The award is voted for by the fans and a lucky few have the opportunity to present the prize to the winning footballer. Allowing fans, who are the lifeblood of the game, to continue to meet their football heroes is very special, and we look forward to continuing to make these dreams a reality.”