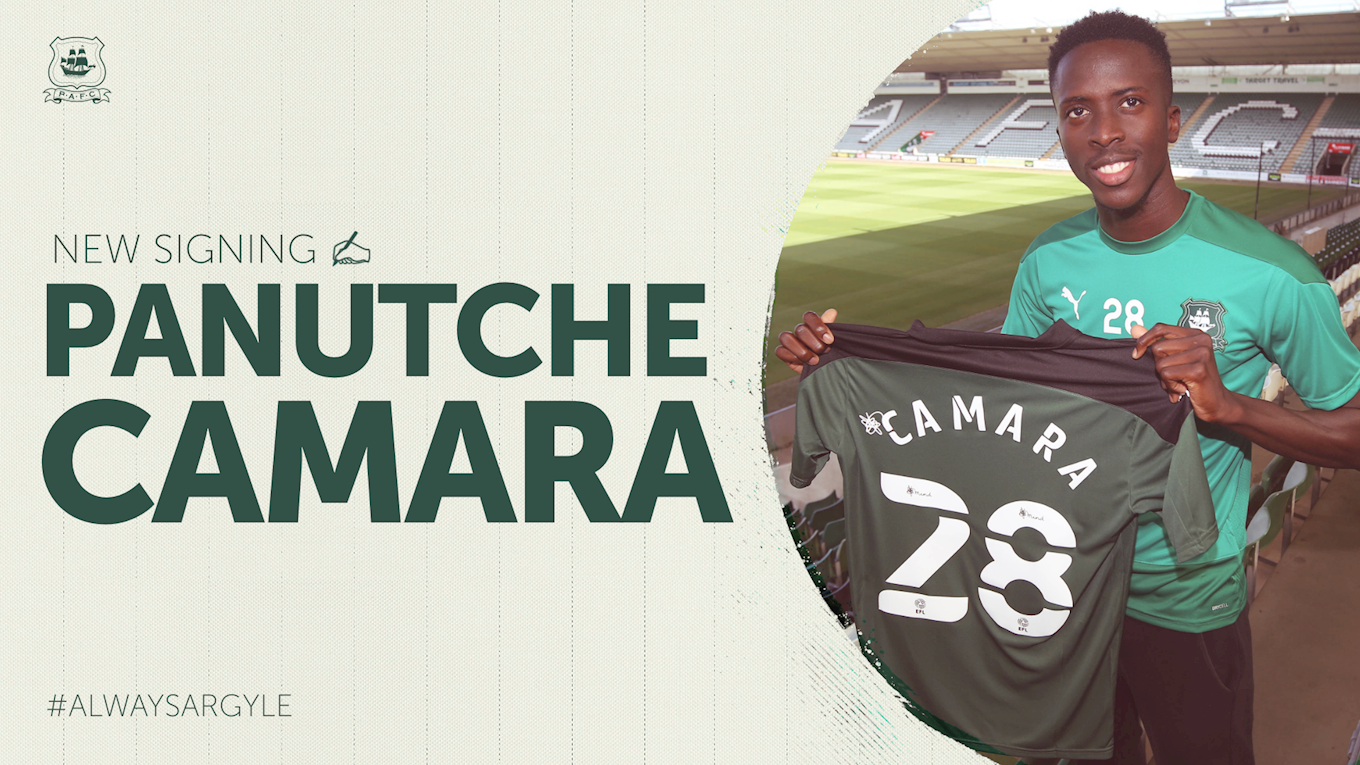 The 23-year-old, who hails from the West African country of Guinea-Bissau, becomes manager Ryan Lowe’s fourth signing of the summer as the Greens prepare for a return to Sky Bet League One.

Attacking midfielder Camará began his English career in the under-23 setup at Barnsley, but left Oakwell before making a senior appearance for the Tykes, joining non-league Dulwich Hamlet in 2017.

Having impressed during his short stay at Champion Hill, netting four times in 15 appearances, Panutche was snapped up by Crawley Town, making an instant impact by scoring a screamer on debut in the Red Devils’ Carabao Cup defeat to Birmingham City.

Camará’s physicality, power, and work-rate made him a quick favourite at the People’s Pension Stadium. and he went on to play over 100 League Two matches for the East Sussex side, including 29 fixtures during Town’s truncated 2019-20 campaign.

Camará will wear the squad no.28 for the upcoming campaign.

Panutche’s 20/21 season home and away shirts are sponsored by PAFC Displays.

Nick Tomlinson, on behalf of PAFC Displays, said: “We are delighted to welcome Panutche to the club on behalf of the Green Army, and wish him well in the season ahead.

“PAFC Displays has chosen to sponsor a player this year to help spread the word of our match day activities, from the small hand-waving flags that have become popular with Junior Greens to the full stadium mosaic tifos that we have produced for big important games. Without donations from the fans none of this would be possible.”