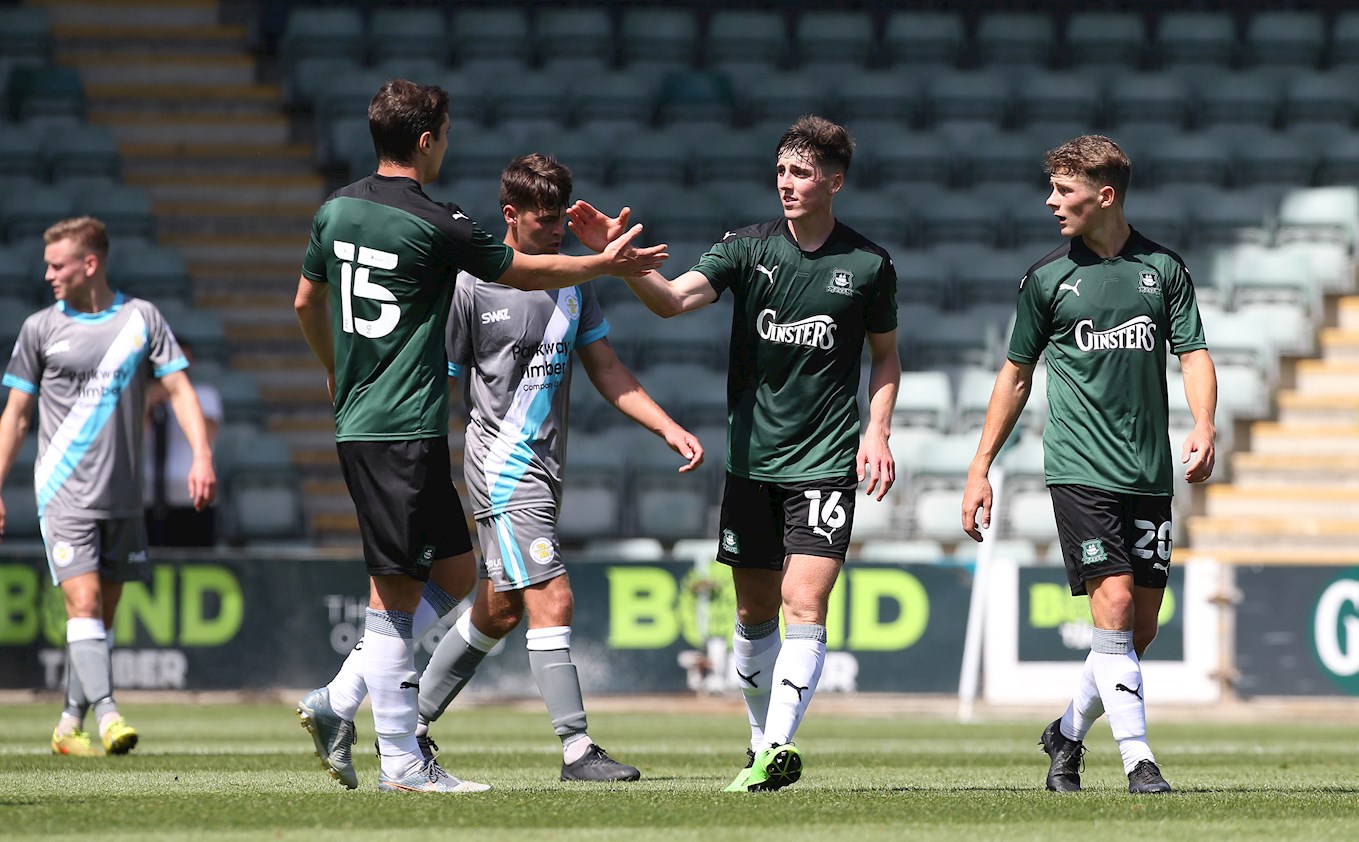 Five months and one day after their last outing at Home Park, Ryan Lowe’s Pilgrims eased to a 2-1 victory over Plymouth Parkway in their opening 20/21 warm-up fixture.

Although much has changed since the Greens’ 3-0 Sky Bet League Two victory over Macclesfield Town back in March, there was a reassuring familiarity about the way the Pilgrims shook off their lockdown rust, proving too strong for a spirited Parkway outfit in the process.

Argyle lined up in the tried and tested formation that has become synonymous with the Ryan Lowe era, with a smattering of Academy players complementing a senior core, with significant half-time changes. Of the summer recruits, only goalkeeper Luke McCormick was selected for the match-day squad to face Parkway, with striking duo Ryan Hardie and Frank Nouble sitting it out, and Friday’s acquisition, Panutche Camará, awaiting the result of his COVID-19 test.

Quickest to adapt the sapping conditions, the Pilgrims’ forward duo of Dom Telford and Klaidi Lolos conjured opportunities between the lines early on, but the imposing figure of Rob Farkins in the Parkway defence placed his body on the line to deny a shot at goal.

Despite the number of current Argyle youngsters on display at Home Park, it was former Pilgrim Academy graduate, Allen, who opened the scoring with a well-placed low free-kick on 22 minutes, curling it around the wall and edging past McCormick at his near post.

Argyle attempted to hit back immediately, with impressive midfield anchor Adam Randell wedging a ball through to Conor Grant, but the former Everton prospect had strayed a yard offside before he connected with his volley.

Lolos was next to force an opening, weaving his way around the Parkway defensive pillars before striking fiercely at goal from 15 yards, only to be denied by Kyle Moore between the sticks.

Moore did his best, too, to deny the Greens’ eventual equaliser, but could only claw a hand at young prospect Miller’s superb left-footed drive from the edge of the area on its way into the top corner on 36 minutes.

With the visitors tiring towards the interval, and Argyle’s tails up, Telford very nearly put the Greens in front, leaving defenders in his wake as he latched onto an Aimson through ball, before striking over the bar from a tight angle.

It was to be Telford’s final contribution, as he, and nine of his teammates, made way at half-time, with only Lolos remaining on the pitch from the first-half. Despite the wholesale changes in personnel, the Pilgrims picked up where they left off, and two substitutes combined with their first touches to put Argyle in front shortly after the restart.

Receiving the ball wide on the left, Ryan Law delivered a perfectly-weighted near-post ball, and Jephcott timed his run to perfection to glance the ball beyond Moore on 49 minutes.

Well in the ascendancy, the Greens continued to turn the screw – and Danny Mayor marked his return to the pitch with a signature dribble, leaving three defenders in his wake before playing a one-two with Jephcott to burst in behind, only to clip his final effort over the bar.

Law, making his first Argyle appearance since an impressive loan spell at Truro City last season, continued to cause problems down the left flank, and another low cross almost brought another goal – with Moore parrying the wing-back’s delivery into the path of Rubin Wilson, whose rebound effort was blocked off the line by a Parkway defensive unit showing no shortage of character.

Mayor and Law continued to exploit their dominance on the left side of the field as the game wore on, with the duo teeing up Jephcott first, then Wilson, for opportunities on the six-yard line, but Parkway again stood firm.