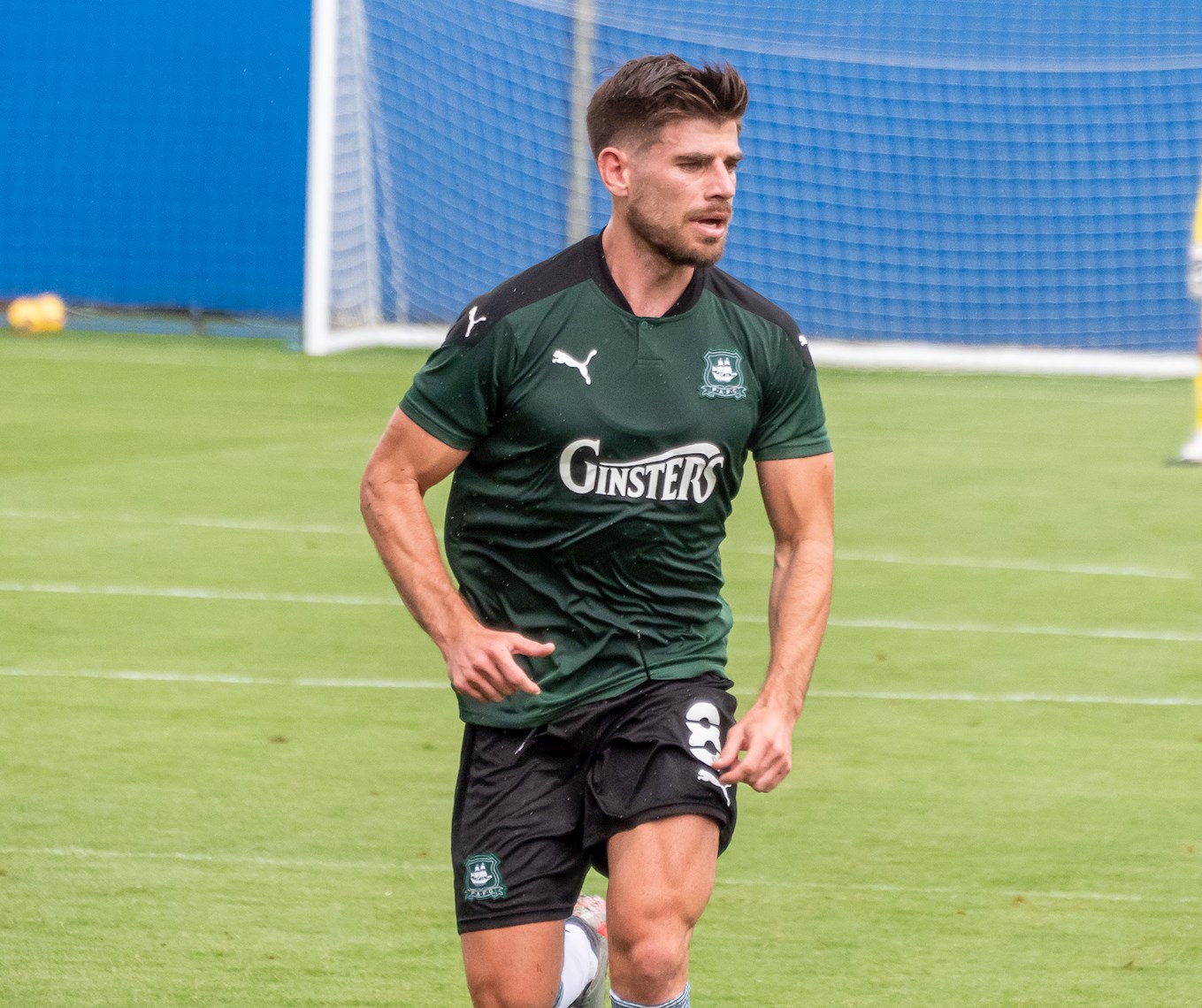 Argyle fell to a last-minute 3-2 defeat against a Rangers XI in a behind-closed-doors training match on Wednesday afternoon.

The Pilgrims produced a spirited second-term comeback to pull level at 2-2, having trailed 2-0 at the break, following an impressive first-half Rangers performance which also saw Mike Cooper save a penalty. Goals from half-time substitute Trialist, within a minute of the restart, and captain Gary Sawyer looked to have secured an impressive result, before a last-gasp strike took the game away from them in the final stages.

Manager Ryan Lowe named a line-up which contained five players who started the last competitive fixture – the 3-0 victory over Macclesfield Town in Sky Bet League Two back in March, while summer acquisitions Panutche Camará and Frank Nouble, signed from Crawley Town and Colchester United respectively, also made their Argyle debuts.

Meanwhile, there was a place on the bench for former Rangers Academy graduate Lewis Macleod, signed a few days previously, but fellow Gers alumnus Ryan Hardie remained at home after the birth his first child this week.

The pristine playing surface for the fixture suited the playing philosophies of both Argyle and their opponents, whose Scottish Premiership season began a few weeks ago, and the teams set about attempting to play out from the back in the early stages.

With the Greens pressing typically hard out of possession, they fashioned their first counter-attacking opportunity when Camará, playing in front of anchorman Joe Edwards, intercepted the ball on the edge of his own area, turned sharply, and released Trialist to race down the left – but the defence held firm as the wing-back edged into the box.

The next Argyle attack was far more direct in nature, with Byron Moore, operating on the right flank, clipping a measured diagonal ball over the top for Nouble to chase. The powerful striker shrugged off his defender with a combination of strength and pace, before striking wide of the near post on the half volley.

Despite looking the more likely to score in the moments that preceded the opener, the Greens were undone by a crisp counter-attacking move on 10 minutes.

Looking to overload down the right, Argyle lost possession and were hurt in transition, with the hosts playing out a slick give-and-go to release their no.11 into the final third, where he burst clear before giving Cooper no chance with the finish.

The hosts doubled their lead on 26 minutes, once again moving the ball with impressive precision after regaining possession, with no.2 latching onto a perfectly-measured through ball from midfield to fire coolly into the Argyle net.

Tails up on their home surface, Rangers thought they had put the result beyond any doubt ten minutes before the interval, as no.11 broke the lines and pulled square for no.7, but Cooper made a superb smothering stop.

Adrenaline still pumping, Argyle’s keeper was out again swiftly moments later, but this time came off second-best, as the referee adjudged the Pilgrims’ Academy graduate to have tripped Rangers’ no.9 inside the box. Evidencing no shortage of character, though, Cooper shook off the disappointment, stood tall, and dived left to save the spot-kick with his legs.

Will Aimson replaced Niall Canavan on 40 minutes, and the Argyle management team made three further substitutions at half-time, with Dom Telford on for Luke Jephcott, Macleod on for Edwards, and one Trialist introduced for another at left-wing back.

The half-time changes made an immediate impact, with the trio combining to grab the Greens’ opener. Telford, busy as ever in the front-line, skillfully retained possession through traffic before offloading to Macleod, who was welcomed back to Glasgow by means of a crunching challenge on the edge of the box.

The blonde-haired midfielder took the resultant free-kick, playing in Trialist down the left, who stepped inside his marker and fired a cross-shot away that squirmed beyond the Rangers goalkeeper at the near post.

The goal restored some of the impetus that the Greens had enjoyed early in the first-half, and the Pilgrims continued to press in search of a leveller – with the midfield trio of Macleod, Danny Mayor, and fresh-legged Conor Grant pulling the strings.

It was the latest substitute, Grant, who laid in Trialist again down the left on the hour, and the wing-back delivered another cross which threatened to deflect wickedly over the line, before the goalkeeper clawed it away.

Parity was restored moments later, though, as Macleod’s deep corner was met by the head of Aimson, and helped on by Sawyer, whose improvised goal-bound effort dribbled over the line after the Rangers ‘keeper got a hand to it.

Purring, Argyle pressed on, and Nouble once again exhibited outstanding strength to force his way around his marker to hang one up to the far post. Underneath it was Trialist, who corked his volley across the face of goal, and inadvertently into the path of Grant, whose first-time effort flew narrowly over the bar.

As the game entered the final 20 minutes, Academy products Adam Randell and Klaidi Lolos replaced Mayor and Nouble – with Macleod moving into the more advanced midfield role vacated by Mayor.

Macleod utilised his freedom further forward to send Trialist down the left, and his far-post delivery was met by Moore, but he could not keep his shot low enough to add a third.

Moments later, Grant picked a sublime pass to thread Telford through on goal. With the angle closing, the Pilgrims’ diminutive forward forced his way between the defensive line and goalkeeper, but saw his chip goalward bounce agonisingly wide of the near post.

With the game stretched and both sides hunting a winner, Argyle were hit with a sucker-punch with just a minute of normal time remaining, as a strike from the left-wing found its way beyond substitute stopper Luke McCormick.