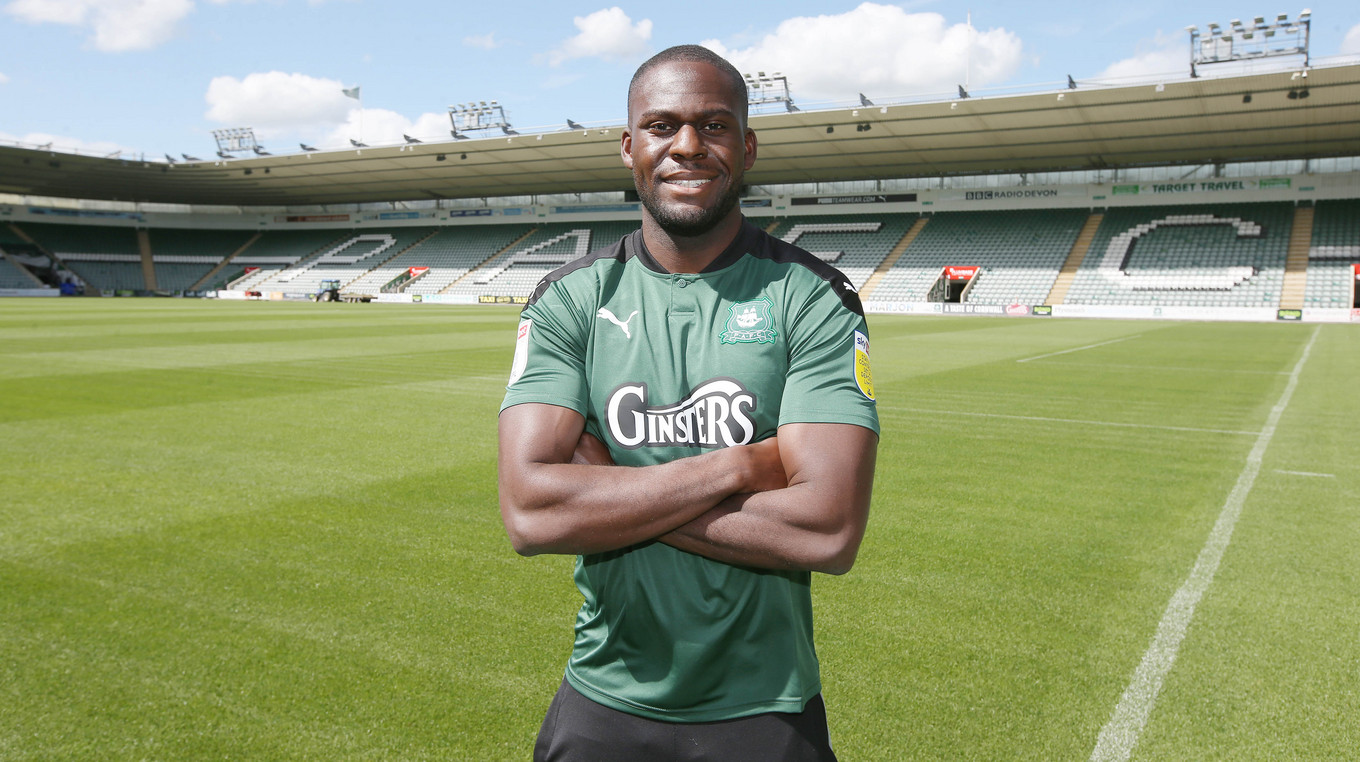 Argyle’s newest signing Frank Nouble is excited to get started at Home Park, after a summer of playing the waiting game.

The 28-year-old striker said: “I’m over the moon, to be fair. Happy that things have got sorted out quite early in this lockdown period, and I’m just really looking forward to playing football now.”

Nouble joins Ryan Lowe’s Greens after two seasons at Colchester United. A fan favourite in Essex, Frank was informed that the club would not be in a position to extend his contract as the financial realities of lockdown set in, leaving him a free agent.

He said: “It’s been hard. Every walk of life has been troubled by these times. As a footballer, it’s quite hard not to have that normal routine of a pre-season. Everything has been up in the air, for me personally, I’m just happy that I’m now here, and I can do what I can for the Argyle fans.”

Having faced Ryan Lowe’s Pilgrims last season in Sky Bet League Two, Frank states that the side’s style of play, as well as the support of the Green Army, were key factors in deciding to make the move to Devon.

He said: “What the manager has done in the last two years is really appealing to me. In general terms, you know the size of the club is big, the fanbase is brilliant.

“That in itself won me over – I’m a bit busy, so I might look at a page on Twitter, or something like that, and compare the following. You can see that it is well followed.

“The minute that I heard there was a chance that this could happen, it was just trying to get it done really.”

While there are no doubts that the Pilgrims’ footballing philosophy will remain similar to last season, it is likely that the 20/21 Sky Bet League One campaign will begin without fans in the stands.

“It’s devastating that they can’t be here. It was a main draw to come here. All we can do is the best we can behind the closed doors, until they can come back in and see us live.”