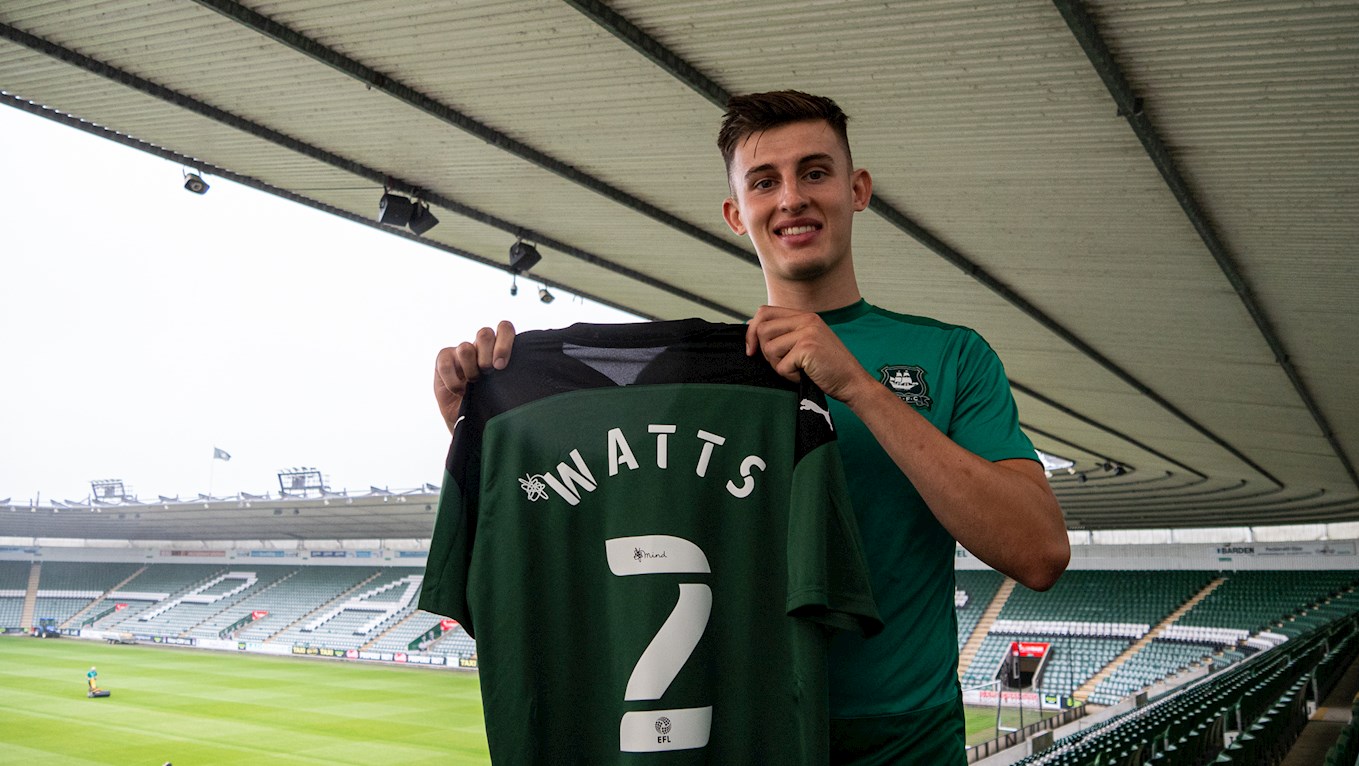 New signing Kelland Watts has swapped the fringes of Premier League football at boyhood club Newcastle United for the prospect of regular games under Ryan Lowe in Sky Bet League One.

The former England under-19 international, who has joined on a season-long loan from Newcastle United, said: “Really happy to be here. I did my first session this morning – met all the lads, coaching staff, everyone seems great, so I can’t wait to get fully started.”

“In the off-season, I was speaking to my agent and Shola [Ameobi], the loan co-ordinator from Newcastle, mentioned it. When I heard that Plymouth were interested, looking into them, the gaffer’s style of play – playing three at the back – it excited me.”

Watts, 20, spent last season on-loan at Argyle’s Sky Bet League Two rivals Stevenage and Mansfield Town, before returning to Tyneside for the resumption of the Premier League season. Capitalising on the Mapgies’ injury crisis at centre-back, ‘Kell’ made his top-flight debut on the final day of the season against title winners Liverpool.

The defender returned to training with United’s first-team after a short off-season, impressing many of his senior colleagues - including club captain Jamaal Lascelles, who commented on the prospect's excellent attitude and training standards – but Watts refuses to get carried away.

He said: “Lascelles saying all the good things he was saying about me, it was great to hear, but I want to keep improving, I want to keep getting better. One game doesn’t really define a career – I want to come here, play more games, learn off the gaffer. Being in a higher league, I think I’m ready for this next step in my career.”

“When I went to York with Newcastle’s first-team, for pre-season, and got told ‘Plymouth really want you, they want you to play in a game on Tuesday against Middlesbrough’, I thought ‘why not? Let’s go do it.’”

It was not strictly a choice of Newcastle or Plymouth, though, for young Watts, who revealed he had loan options closer to Tyneside – but was compelled by the opportunity at Home Park.

He said: “I could have gone somewhere closer to home, but I decided to come to Argyle because of the gaffer’s style of play and the fanbase of the club.

"I can’t wait for when the fans are allowed back into the stadium and meet the Green Army.”