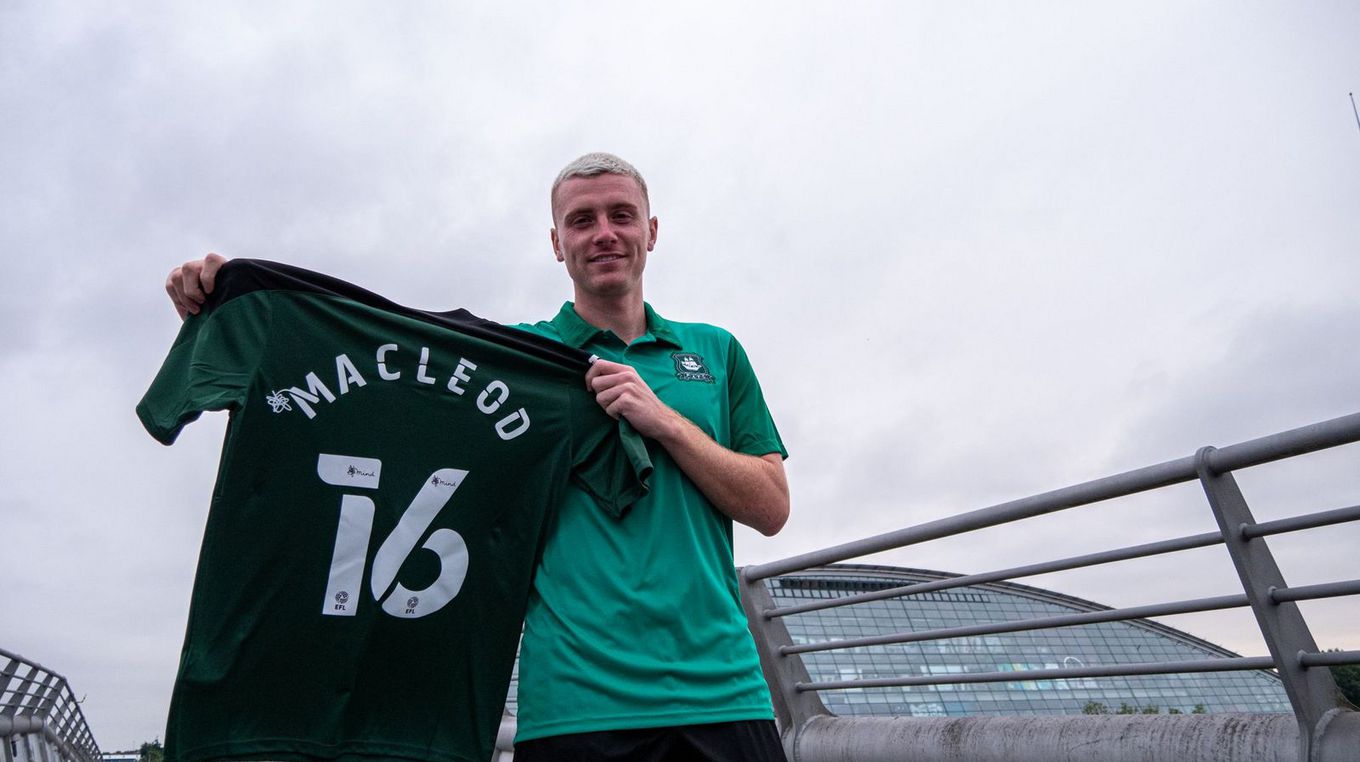 Despite meeting his new teammates for the very first time this week, latest Argyle signing Lewis Macleod was in very familiar surroundings for his introduction as a Pilgrim.

The midfielder joined Argyle after his contract at relegated Sky Bet Championship side Wigan Athletic expired in the summer, but instead of travelling to Devon he went north – back to the city where he made his professional breakthrough – to meet up with Ryan Lowe’s squad during their pre-season training camp in Scotland.

Macleod said: “It’s weird. I obviously spoke to the gaffer at one point last week and he said [Argyle] were going to be up in Scotland, so it worked out perfectly for me to be able to come up here and meet the lads.

“For a couple of weeks I’d heard a wee whisper, but I properly spoke to the manager towards the latter end of last week, and to be honest it happened quite quickly. Obviously the fanbase is massive down at Argyle, and I’m looking forward to it.”

Having made a huge impact at Rangers as a youngster, Macleod moved south to Brentford in a seven-figure deal, but struggled with injuries during his time at Griffin Park. Having moved to fellow Sky Bet Championship side Wigan in the summer of 2019, Lewis was hoping to get an opportunity to evidence his undoubted ability south of the border, but found first-team opportunities hard to come by. At Argyle, he’s hoping to make his mark with the Green Army.

He said: “On a personal level, I am just looking to play games. Talking about the club, the fanbase is great. Obviously when I spoke to the gaffer he’d mentioned you getting more than 12,000 at home games, and I hear that the support at away games is good as well. I think that anybody wants to play in front of a big crowd, and go and play football – it’s the best place to be.

“There’s a squad here, and I’ll need to work hard and work my way in. For me, it’s just trying to play as many games as I can, and help the team towards wherever they want to go this season.”

Having been sufficiently impressed by Argyle’s footballing philosophy under Lowe, the former Scotland under-21 international was convinced to take the step down to England’s third tier for the first time in his career.

He said: “I like to get on the ball and bring other people into play. Last season, I played a much deeper role, but at Brentford I played as a high ‘eight’ and looked to get into the box, so I’m hoping that the style of play that the manager plays suits me, and I’m sure it will.”