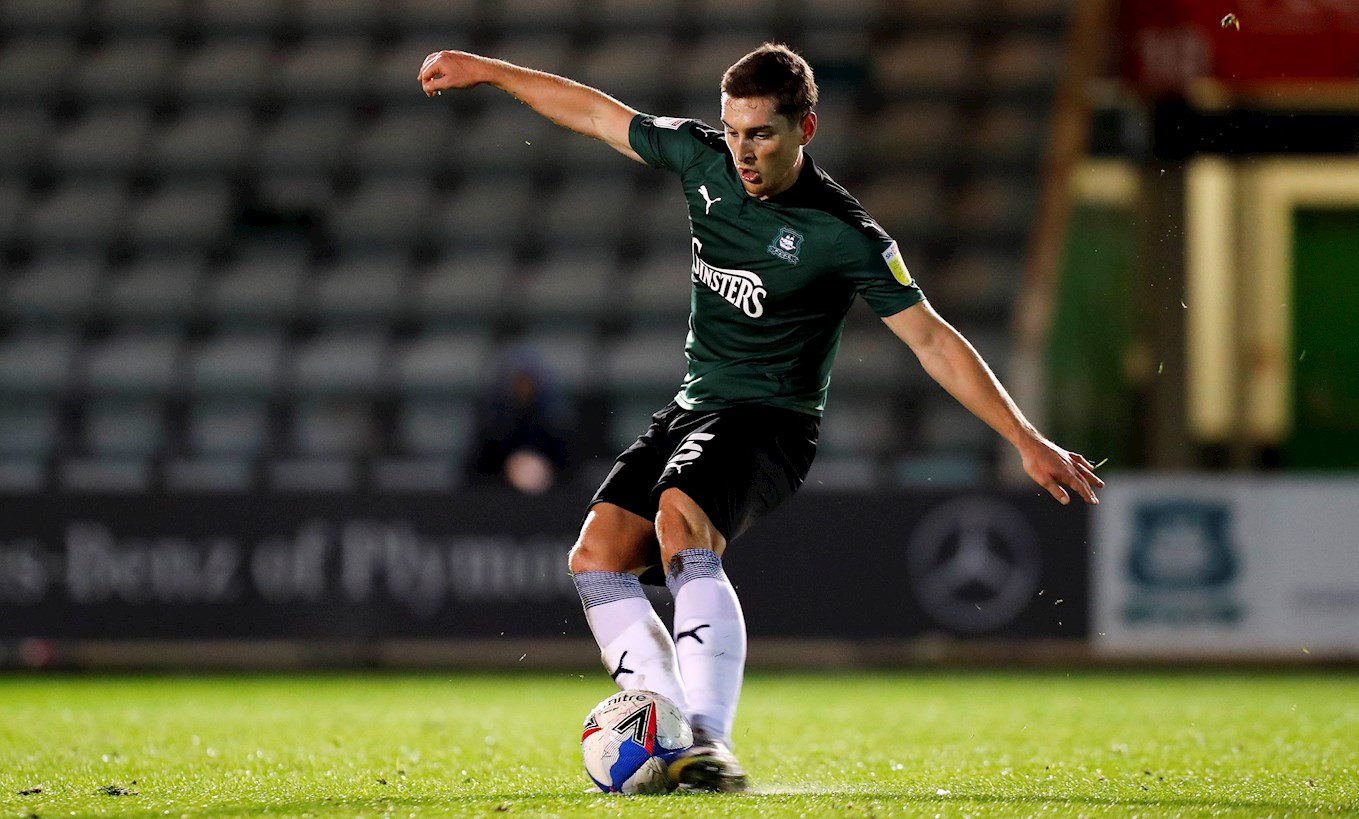 Argyle midfielder Conor Grant's sublime free-kick against Swindon Town has been shortlisted for the Sky Bet League One Goal of the Month award.

The Everton Academy graduate curled a long-range beauty capped the Greens' 4-2 victory over the Robins at Home Park on Tuesday 3 November, and is listed against two other goals for the division's top strike in November.

The nomination reads: "What a way to return from self-isolation after testing positive for Covid-19. On as a substitute, Grant showed that the time off had not dulled his ability to curl home a pinpoint free-kick."

Conor's goal is up against Dan Butler of Peterborough United and Grant Leadbitter of Sunderland.

The award is decided by a social media vote, and the Green Army can support Conor by visiting the Sky Bet League One Twitter page.