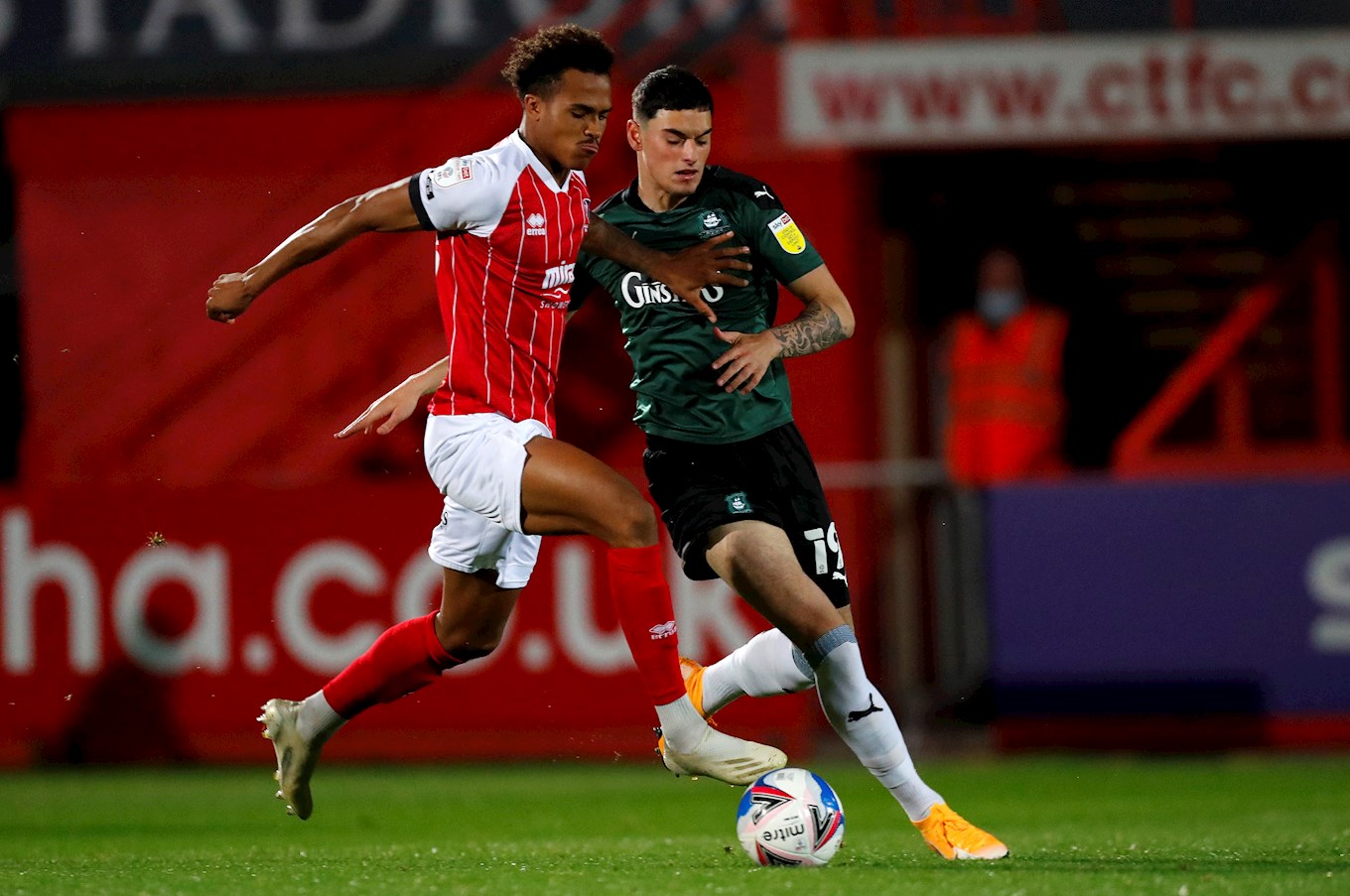 The pair of Academy graduates have been in and around the Pilgrims’ senior squad this season.

Law started all three of the Greens’ Papa John’s Trophy group stage fixtures, as well as appearing as a late substitute in the 3-2 Carabao Cup first-round victory over Queens Park Rangers at Home Park.

Lolos, meanwhile, netted his first senior goal from the spot in the 3-2 defeat to Norwich City in the Papa John’s Trophy, as well as starting the 2-0 defeat at Cheltenham Town in the same competition.

Argyle manager Ryan Lowe said: “We have a good relationship with their manager, Mike Cook - he spent some time with us last year, working with Schuey on his A Licence.

“We know he’s an excellent coach, who plays the right way, and it’s a good opportunity for Klaidi and Lawsy to get some game time under their belt at a competitive level.”