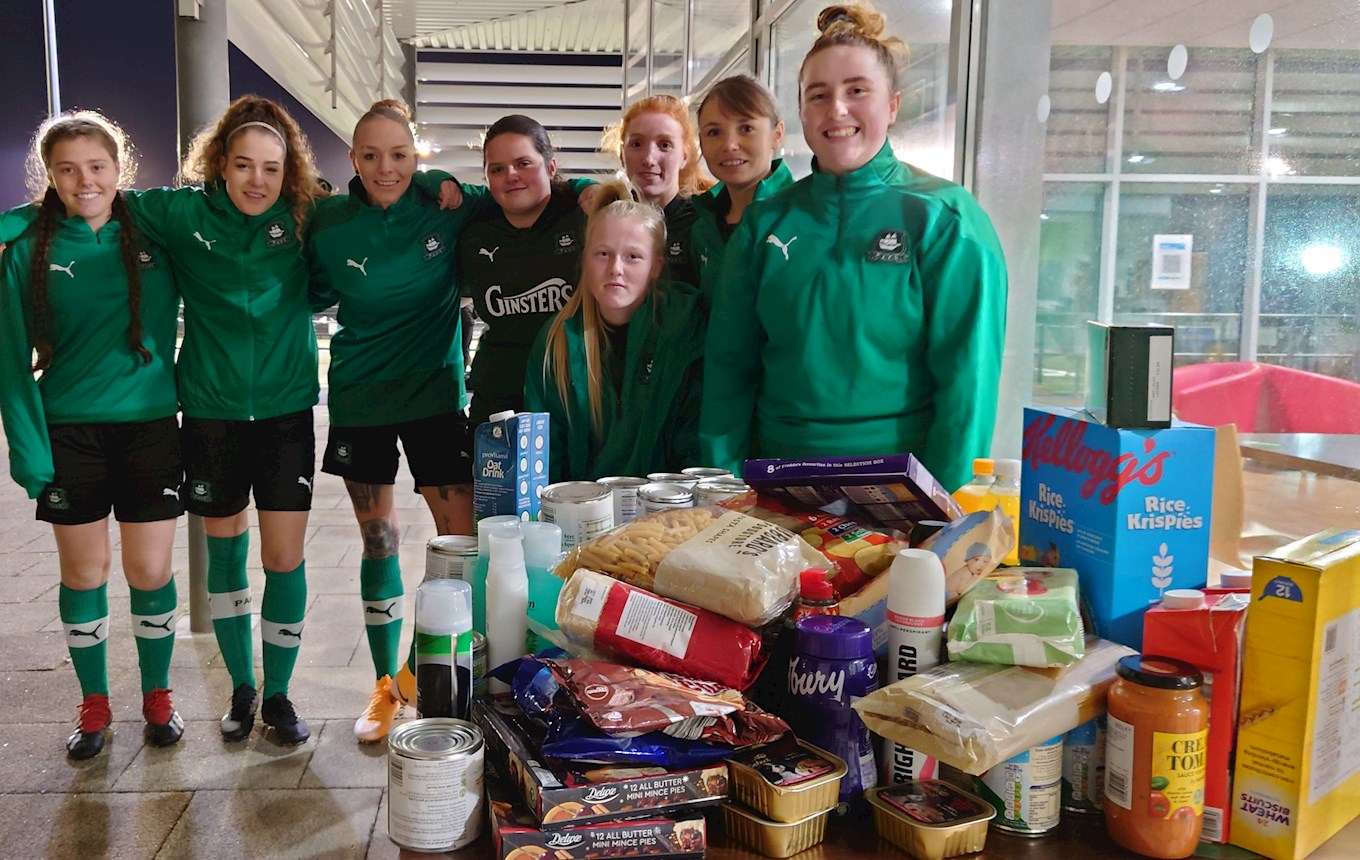 Following a recent in-house game for the Pilgrims, who return to action with a trip to Crawley Wasps in the FA Women’s Southern Premier League division this weekend, the players decided to add a twist to their traditional secret Santa.

The Argyle women’s team have clubbed together to create a food bank alongside the Oasis Project and hopefully make a positive impact for those in need after a torrid 2020.

“My motivation to do something around the food bank started when we left secret Santa too late and I felt that it was really important for the girls to replace this with a way to help other people,” said Beth.

“That’s when I thought it would be a good idea to donate to people in need, especially during this time, as many people have been made redundant from their jobs and are struggling to feed themselves and their families.

“I asked the girls if they would be up for it and all decided that they would be willing to make donations. All the food has been donated to the Plymouth food bank, which is also known as the Oasis Project.

“I intended to contact the food bank through their website, but then soon found out that one of the players amongst the squad is the manager. We dropped all the food to Jav [Argyle Development squad captain Rachel Javan] after the in-house game, so our work will take immediate effect.”