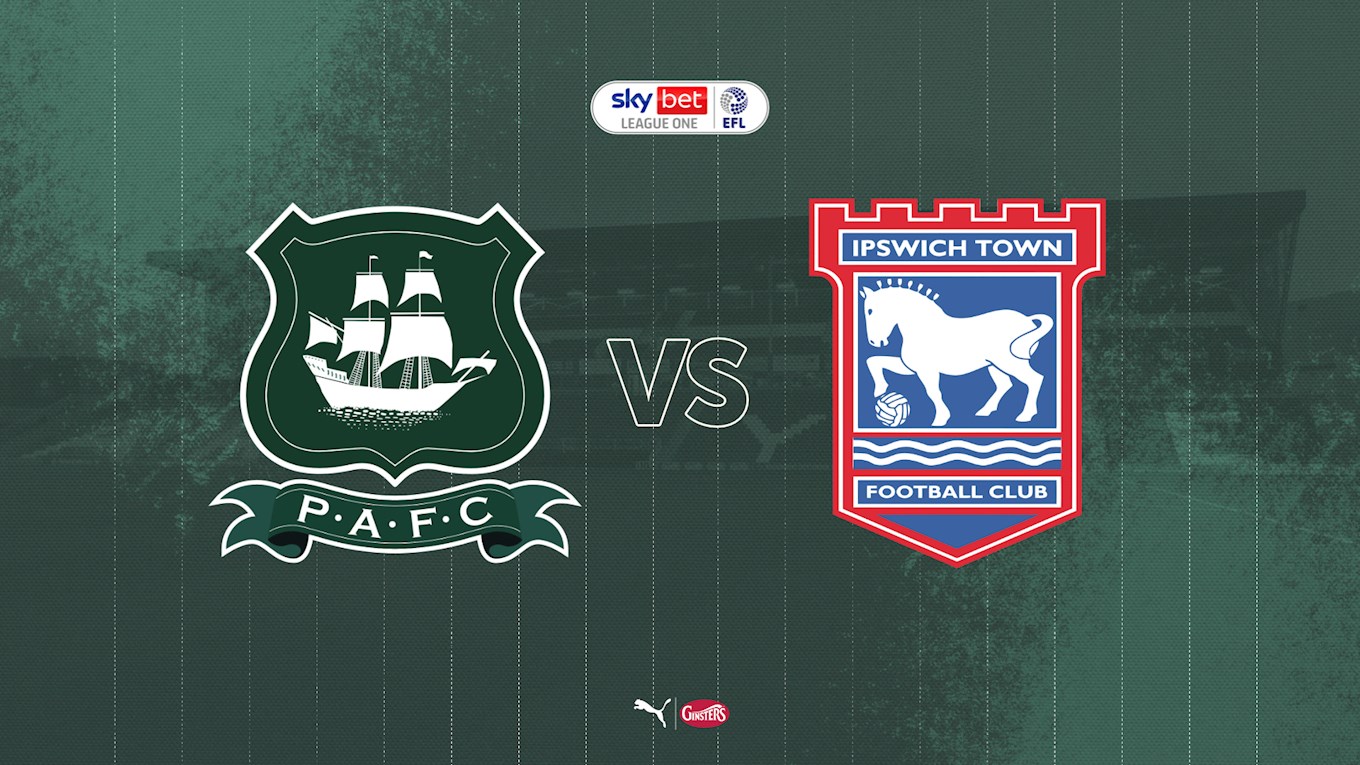 Ryan Lowe’s Pilgrims receive a timely boost for the visit of Ipswich Town on Saturday, with 1,808 members of the Green Army permitted to return to the stands at Home Park.

It is the first time that supporters have been able to roar the Greens on since 7 March, when Argyle defeated Macclesfield Town 3-0, in a performance which ultimately sealed a points-per-game promotion from Sky Bet League Two.

Much has happened since then, and the Greens have made a highly competitive start to life back in Sky Bet League One. Their unbeaten record at home almost stood for the duration of the behind-closed-doors era, being broken at the last possible opportunity in midweek against Rochdale.

The defeat to Dale leaves the Pilgrims placed 15th in the Sky Bet League One table, with a record of five wins, four draws, and five defeats from their opening 14 games. Saturday’s visitors, the Tractor Boys, arrive at Home Park sitting in fifth place, with a record of eight wins, five defeats, and two draws.

Both sides have laid their foundations this season on their home form, so far, with Ipswich boasting the home record in the division – inheriting that position from Argyle in midweek, with the Greens now third in that respect.

Town’s away form has been a little bit more indifferent, with a record of two wins, two draws, and three defeats on the road, their last league win on their travels coming on 10 October, a 4-1 drubbing of Blackpool at Bloomfield Road.

Last time out, Paul Lambert’s side secured a goalless draw at Oxford United, ending a run of two consecutive defeats, 2-0 and 3-0 against Charlton Athletic and Hull City, respectively.

The visitors will be without former England under-20 international Andre Dozzell, who picked up a fifth yellow card of the season during Town’s draw at the Kassam Stadium in midweek, while striker James Norwood will also be absent through injury.

However, Lambert is boosted by the potential return Brett McGavin and Toto Nsiala, who missed the midweek trip to Oxfordshire with illness and injury, respectively.

ARGYLE AT HOME TO IPSWICH TOWN IN THE EFL

There was plenty of pre-Christmas cheer at Home Park as Jimmy Rae’s men beat Ipswich in their first meeting at Home Park. Our goals came courtesy of Paddy Ratcliffe and Town’s Jim Feeney, who put through his own net.

New Head Coach Paul Mariner, in his first home match since taking on the role, was disappointed to see Argyle throw away a first half lead given to them by Carl Fletcher. Jon Stead equalised for the Suffolk side on 68 minutes after Argyle substitute Darcy Blake had been dismissed.

Derek Ufton’s Greens put the previous week’s 0-2 home defeat to Huddersfield in the fourth round of the F.A. Cup behind them as they beat the Blues 3-0 in this Division Two match. Cliff Jackson, Mike Bickle and Norman Piper scored our goals.

Most goals in a single game: Four

There have been four goals in this fixture on two occasions. The first time came in a 3-1 victory for Argyle in March 1960.

Johnny Newman and Alex Jackson both scored their first goals for the Pilgrims in this Division Two fixture. Johnny Williams grabbed our other goal in what was the first game under the dual management of Neil Dougall and George Taylor, following Jack Rowley’s departure from the Argyle hot seat.

The second came in a 3-1 win for Ipswich in October 2008. On-loan Manchester United defender, Craig Cathcart, scored our consolation goal in this Championship fixture on 79 minutes. Owen Garvan with a brace and Kevin Lisbie had put Town 3-0 up.

The fixture kicks off at 3pm on Saturday afternoon. While in-person attendance is limited, the fixture is available to watch live through iFollow Argyle. Match passes cost £10. Click here to buy yours.