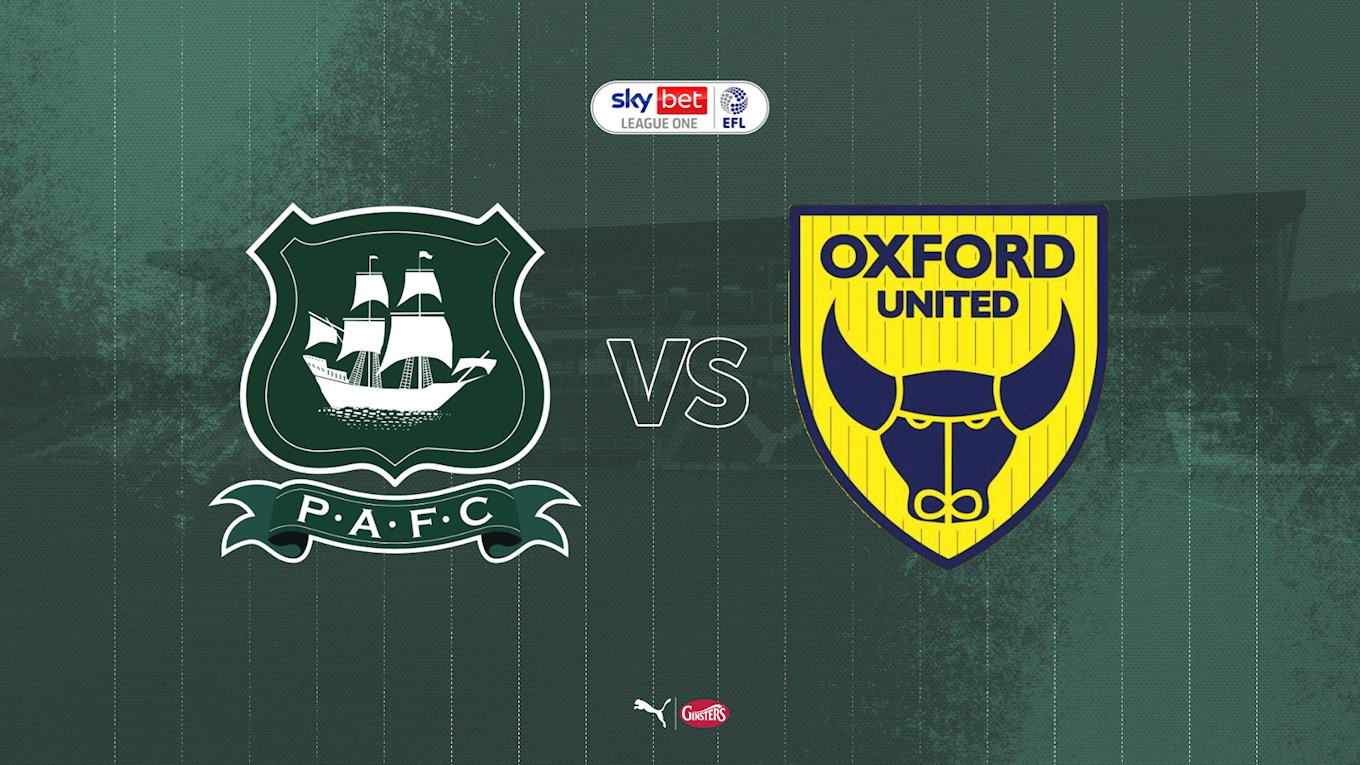 Ryan Lowe’s Pilgrims will look to round off a promotion-winning 2020 with a victory over Oxford United at Home Park on Tuesday night.

The Greens’ final fixture of the calendar year comes just a few days after a 2-2 draw away at promotion-chasing Charlton Athletic on Boxing Day.

Argyle twice took the lead in a dominant first-half performance, with striker Luke Jephcott bagging a brace, with strikes either side of Chris Gunter’s bundled equaliser.

The Addicks asked more questions of the Greens in the second period, but the Argyle defensive line held firm, only to be undone by a moment of inspiration from substitute Marcus Maddison, whose unstoppable long-range effort secured a draw.

Nonetheless, it has been a positive Christmas period for Lowe’s side so far, with the point at the Valley following a crucial victory over Milton Keynes Dons at Home Park a week earlier, leaving Argyle 14th in Sky Bet League One as the New Year looms.

It has been a memorable 12 months for Tuesday’s opponents, too. Karl Robinson’s U’s looked very well placed for a run at the automatic promotion places in the 19/20 campaign, having won five successive fixtures, before the EFL season was suspended due to coronavirus.

Having been awarded a play-off place on the points-per-game model used to conclude the season, the U’s reached the final after overcoming Portsmouth, only to suffer Wembley heartbreak against Wycombe Wanderers.

The U’s began the 20/21 Sky Bet League One campaign slowly, losing seven of their opening ten fixtures to sit in the division’s relegation zone, but a recent uptick in form leaves them positioned just below Argyle in the table, in 16th.

Unbeaten in their last five, having lost only once in their last eight, United defeated AFC Wimbledon 2-0 on Boxing Day, courtesy of first-half strikes from Jordan Obita and top goalscorer Matty Taylor, who also netted twice in the U’s previous fixture, a 4-0 thumping of Northampton Town at the Kassam Stadium.

The U’s will be without Spanish midfielder Alex Rodriguez Gorrin, who misses out through suspension, while Malachi Napa and John Mousinho are injury doubts. However, Sam Winnall and Cameron Brannagan could be in contention for the trip to Devon, having stepped up recovery from injury.

ARGYLE AT HOME TO OXFORD UNITED IN THE EFL

Mick Tait gave the visitors the lead just after the hour mark, but a Paul Mariner brace turned the match in the Greens’ favour, and proved enough to secure victory for Tony Waiters’ men.

Derek Adams’ Greens started 2019 in some style last time out against the U’s.

Antoni Sarcevic opened the scoring in just the ninth minute. Portuguese playmaker, Ruben Lameiras, then scored twice, either side of half-time, to move the Pilgrims off the foot of the table and to within two points of the U’s.

Biggest win: Our 3-0 victory the last time that we hosted Oxford United is our joint biggest win in this fixture.

It equalled the record set by Bobby Saxton’s Argyle in a Division Three match on Saturday, 24 January,1981. Leigh Cooper (2) and a future manager of both clubs, David Kemp, were our scorers that day.

In the first match to be played in front of the new Lyndhurst Road stand, Argyle raced into a two-goal lead in the first 24 minutes with strikes from Graham Coughlan and Lee Hodges. However, Oxford, managed by Ian Atkins, were back on level terms before half-time thanks to goals from Dave Morley and Paul Powell.

Ian Stonebridge was to be the Pilgrims’ hero, though, with a goal in stoppage time at the end of the first half and a second in the first minute of the second half.

Saturday's fixture is available to stream live, worldwide, on iFollow Argyle, for £10. Click here to purchase your match pass.