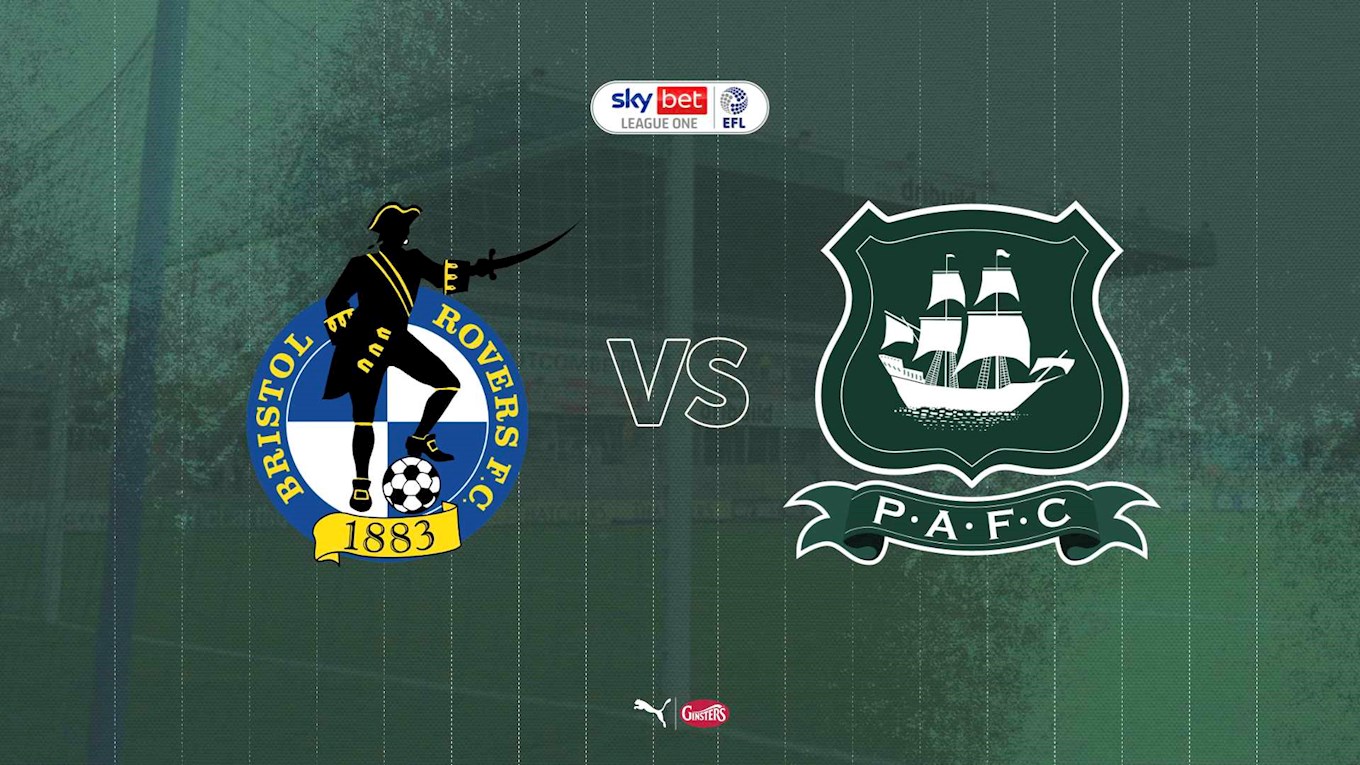 Argyle travel to Bristol Rovers on Saturday searching for a return to winning ways in Sky Bet League One.

The Pilgrims looked to be well on their way to three points during the previous outing against Ipswich Town, leading through Luke Jephcott’s first-half strike, and restricting their opponents to few attempts on goal.

However, midfield talisman Danny Mayor’s second-half red card saw the Pilgrims enter the final 20 minutes with 10 men, and the numerically disadvantaged Greens were hit by a quick-fire double to see them deprived of the result they arguably deserved.

The loss leaves Ryan Lowe’s side 15th in Sky Bet League One, on 19 points after 15 games. Saturday’s opponents, Bristol Rovers, lie four places and three points beneath them, having experienced an uptick in fortunes following the recent appointment of new manager Paul Tisdale.

Appointed on 19 November, following Ben Garner’s dismissal after a 4-1 home defeat to Fleetwood Town, the former Exeter City manager has presided over three wins, two defeats, and a draw in all competitions.

However, Tisdale had to wait until last weekend to secure his first league victory as the Gas’ boss, with his side defeating AFC Wimbledon 4-2 at Plough Lane, courtesy of doubles from Sam Nicholson and Brandon Hanlan.

Last time out, in the second round of the Papa John’s Trophy in midweek, Rovers overcame 10-man Leyton Orient at the Breyer Group Stadium to secure passage to the third round, with Ali Koiki handing Rovers the lead, before an own-goal from Orient stopper Sam Sargeant decided the tie.

Despite being a league lower last season, Argyle faced their Westcountry counterparts three times in competitive action during 19/20, as well as in a pre-season friendly. The Greens beat Rovers on penalties in the EFL Trophy group stages after a 1-1 draw at Home Park, and fought out two competitive legs in the second round of the Emirates FA Cup, losing out narrowly at Home Park in the replay, after drawing 1-1 at the Memorial Ground.

The Pilgrims will be without Mayor on the weekend, as the playmaker serves a one-match ban for his red card against Ipswich, while long-term absentee and former Gas defender Gary Sawyer remains sidelined, continuing his recovery from an ankle ligament injury.

Rovers are hopeful that Chelsea loanee Luke McCormick will be available to return to action, having missed the last three fixtures with a knee injury, while goalkeeper Anssi Jaakkola could also be in contention, despite being substituted at half-time in Rovers’ midweek fixture against Orient.

Striker James Daly is ruled out with an ankle injury.

ARGYLE AWAY TO BRISTOL ROVERS IN THE EFL

The Greens lost out on their first trip to Eastville in 1921, but Bob Jack’s men avenged this defeat by beating the Pirates 2-1 at Home Park the following Saturday, in what was both clubs’ inaugural season in the Football League.

Derek Adams’ Greens picked up their first away point of the 2018/19 season, at the fourth time of asking, in a 0-0 stalemate at the Memorial Ground.

Following a 0-4 home defeat to Bill Shankly’s Liverpool the previous week, Argyle responded with a glut of goals against the Gas.

Long-serving Pirate, George Petherbridge, gave the home side a 1-0 lead at the interval but, in a rampant second half, an own goal from Rovers’ Ted Purdon plus strikes from Wilf Carter, George Kirby, Johnny Williams and Jimmy McAnearney sealed the win for a Pilgrims side under the dual management of Neil Dougall and George Taylor. Ironically, Petherbridge was born in Devonport and Williams in Bristol.

Most goals in a single game: Seven.

As well as Argyle’s 5-2 win described above, there was a 4-3 win for the Gas the following season (1961/62) on 14 October, 1961 in Division Two. By this time, Neil Dougall was in sole command of the Greens. Our goals came from Johnny Brown, Ken Maloy and Johnny Williams.

Saturday's Sky Bet League One fixture is available to stream live, worldwide, for £10 on iFollow Argyle. Click here to purchase your pass.