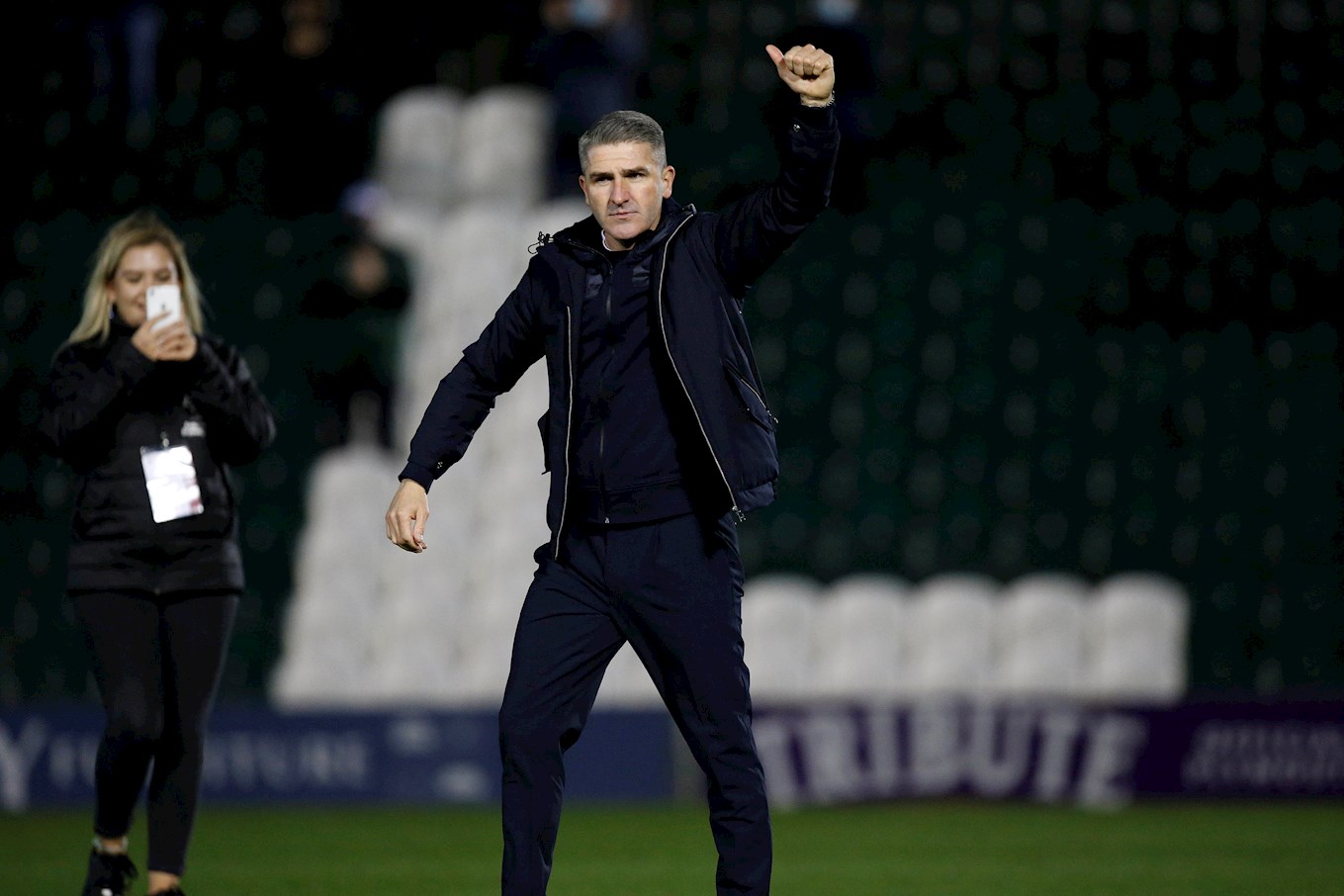 Argyle manager Ryan Lowe expressed his gratitude to family, friends, and Argyle fans alike for their support as the Pilgrims overcame a losing streak with a 1-0 victory over Milton Keynes Dons at Home Park on Saturday afternoon.

Ryan Hardie notched his second of the season on 68 minutes to send 2,000 socially distanced supporters wild inside the Theatre of Greens, and the Pilgrims’ showed no shortage of desire to secure those precious three points.

“We’ve come through a little bit of a sticky patch, and the lads were a little bit low on confidence. I just want to thank everyone who has supported us – friends and family, people in football, the directors, those tough times don’t last, but tough people do.”

The Argyle manager made five changes to the side that lost out 2-1 at Crewe Alexandra in midweek, and the players held true to the promise that they would ‘run through brick walls’ to put things right against the Dons – pressing high up the pitch out of possession, forcing countless turnovers of possession.

Lowe said: “We set up a game plan, and we were on the front foot. I don’t know how many regains it was, but if we were a little bit more clinical, to be ultra-critical, we could have scored a couple more goals.

“In terms of the desire and commitment that the lads showed today against a good MK Dons team, who play the right way, and do the right things, is great to see.

“I keep saying it, we’re the new boys in the league, and we’ve got to keep learning. The last few weeks have been a learning curve, and today showed me what type of group and character we’ve got in there.”

Despite his undeniable delight at arresting the Pilgrims’ poor form, Lowe is keen to ensure that nobody gets carried away.

He said: “It’s just another three points, we’re not getting too carried away because you never know what’s around the corner, but one thing we can do is enjoy Christmas Day.

The Pilgrims were roared on by a vociferous Green Army at Home Park on Saturday afternoon, with Lowe revealing that he had received a number of positive messages from supporters in the build-up to the game.

“There have been a lot of positive messages, a lot of emails, a lot of letters, and to see what those 2,000 fans did to them lads today, as well as myself and my staff, was phenomenal, so thank you.”