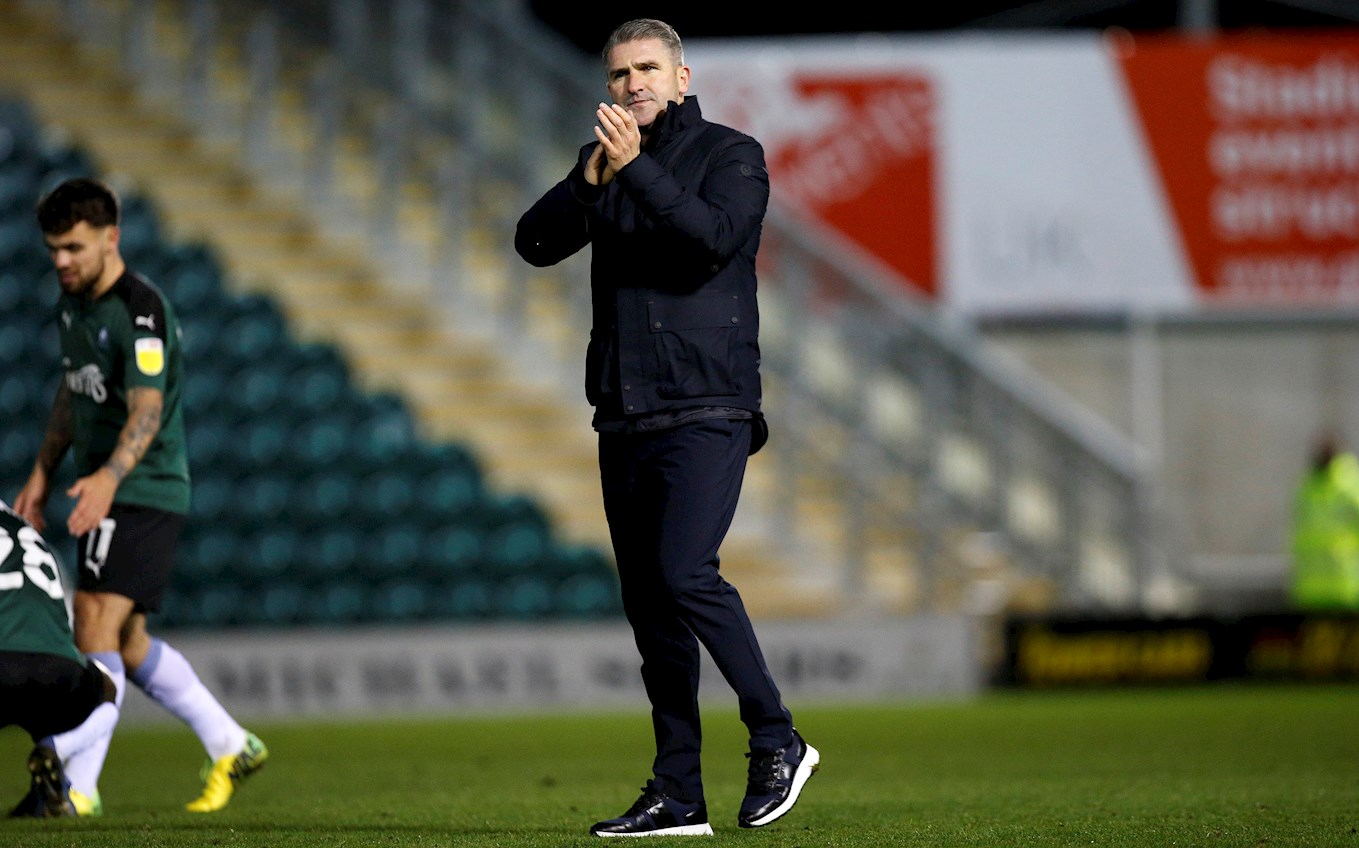 Argyle manager Ryan Lowe felt that his side were hard done by not to come away with a result against Ipswich Town at Home Park.

The Greens took a first-half lead through Luke Jephcott, who turned home Conor Grant’s pinpoint cross from the left after a well-worked move. In a game of few clear-cut chances, it looked like that might have been enough for a win, until Danny Mayor’s dismissal for a second yellow card provided the visitors with the catalyst to go on and snatch all three points with a 2-1 victory.

Lowe said: “Pleased with the performance, obviously disappointed with the result. I thought every one of my players, down to a man, was different class.

“The work ethic, the game plan, we executed for 70 minutes. Ultimately the sending off has killed us, you look at the goal back [Jon Nolan’s equaliser], and that’s where Danny would’ve been.”

While Lowe has few complaints about the decision for Mayor’s second yellow card, he felt that the Pilgrims’ midfielder was more than a little unfortunate to receive his first booking.

The Argyle manager said: “I’ve looked at it back, and two of their players are encroaching from the corner, and he books my player. You can see Danny is trying to move, trying to play the pass, but he can’t because they’re not 10 yards.”

The result rounds off a disappointing week for the Greens, but Lowe has no doubts that his group will emerge stronger from their sticky patch.

He said: “I’m proud of the boys, they’re going through a little bit of a tough time at the moment, not winning games, I thought the game plan was nearly executed. They’re wounded in there, and rightly so.

“They’ve worked hard. We had a good meeting on Wednesday, we put all the wrongs right, and I think the performance warranted three points. We’ll come out of that stronger. If they perform like that in the majority of the games, they’ll get the points.”

Another positive, aside from the result, was that the fixture was played out in front of 1,808 members of the Green Army – who were admitted through the turnstiles for the first time since 7 March, when the Pilgrims were still in League Two.

Lowe felt that, despite their diminished number, the supporters gave his side an edge, spurring the 10 men on to try and salvage a result late on.

He said: “I was excited. I had some butterflies in my belly before I was coming out. It was nice to see them back, we haven’t seen them for a while, and to be fair to them, they kept going, they were singing, and they clapped every single one of us off the pitch there.

“I’m disappointed we didn’t go and get the result for the fans, also. It was great, I think we put on a performance for them - they were buzzing, which was nice to see, and we’ve missed them.”

The Pilgrims now have the opportunity to get back to the training pitch for a full week before next Saturday’s trip to Bristol Rovers.

“They’re down and out in there, but we’ll recover the group properly, and put a game plan together for Bristol Rovers.

“We’ll get it right, stick with us – if we keep putting performances in like that I’m sure we’ll get more points than we won’t.”