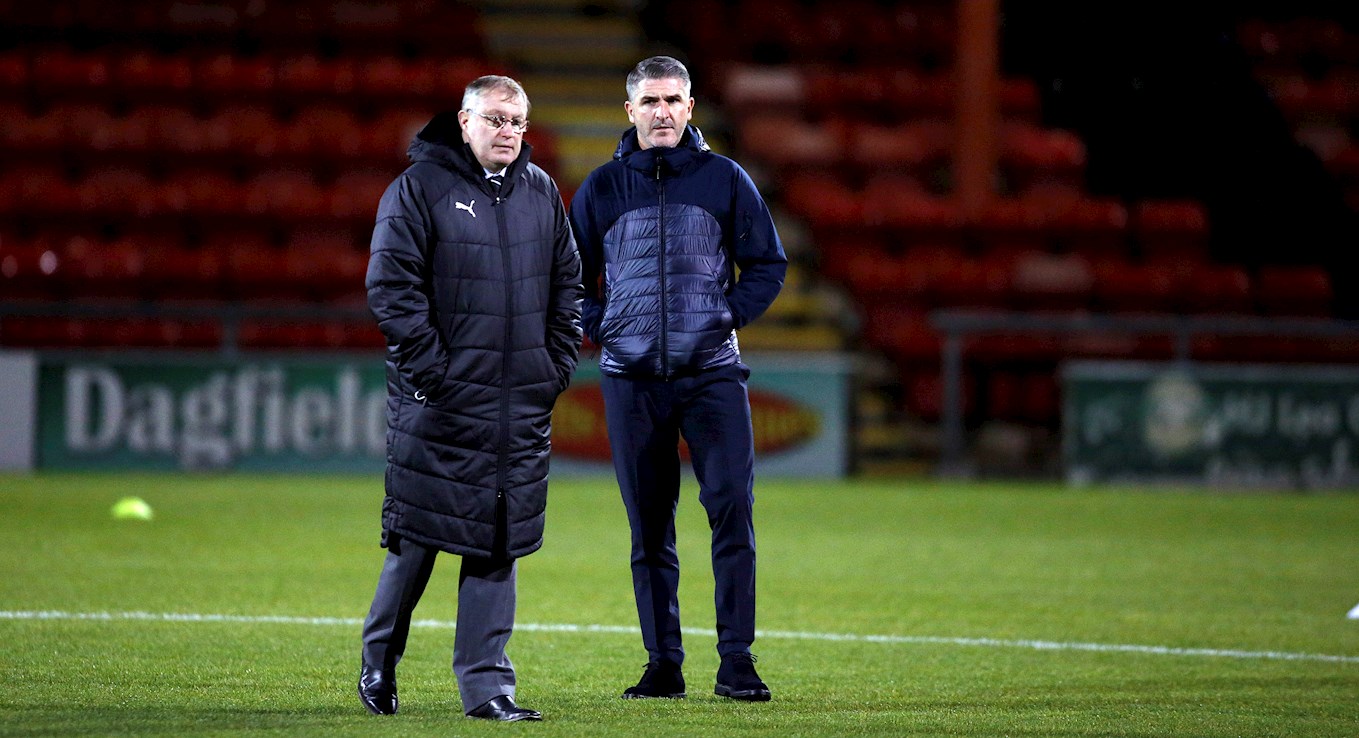 Argyle manager Ryan Lowe is calling upon the Green Army to help roar his team back to winning ways after Tuesday’s 2-1 reversal at Crewe Alexandra in Sky Bet League One.

The Pilgrims’ second-half fightback, and a 10th goal of the season for Luke Jephcott, came too late to salvage a point against the Railwaymen, having trailed 2-0 at the interval through goals from Charlie Kirk and Owen Dale.

Lowe said: “At the moment, it’s not going our way, but what we do need to do is stick together, keep doing the right things, and we’re hoping that something falls for us – whether it’s a point, three points – whatever it may be, we’ve got to keep plugging away at it.

“At the moment, it’s tough, you’re trying to get that result. We wanted to be resilient in the first-half, we had a game plan on 60, 70, 80 minutes with the subs to go – and it didn’t quite work in the first-half.”

“The goals we gave away were sloppy – staying with runners. I look at the positives, in terms of the second-half, we changed shape a little bit. The last 25 minutes, I thought we were the better team, and we were unlucky not to get another goal. In terms of the first-half, standards required from the players was nowhere near.”

Having made a double substitution at half-time, which also facilitated a change of shape, Lowe’s side gave a much better account of themselves in the second period. While understandably disappointed with the end result, the Argyle manager is keen to see his players pick up where they left off against Milton Keynes Dons at Home Park on Saturday.

He said: “In the last 25-35 minutes, they ran, got about Crewe. Crewe didn’t change, they still tried to do what they do, but we were the better team. But it’s no good being the better team for 25-30 minutes towards the end, you’ve got to be the better team all game.”

With his players experiencing a challenging run of form, Lowe is hopeful that the 2,000-strong supporters at the Theatre of Greens can inspire his players to bounce back on the weekend.

He said: “We need them, we do. They’ve got to ride us home. I know there’ll be a few critics out there, and that’s football, but please get behind the group. Get behind the lads, they’re going to need it.

“Crewe had four stands, and it certainly helped drive them on. When they conceded, their voice was raised, and they made sure they were the 12th man for them. I know it’s been tough, and the Green Army have found it tough, but the 2,000 or so that are going to be there on Saturday, we need you more than ever.

“They’re a big help, they proved that last season. If they get behind the group on Saturday afternoon, I’ll make sure I pick a team that will run through brick walls for them, and hopefully the quality shines through also.”