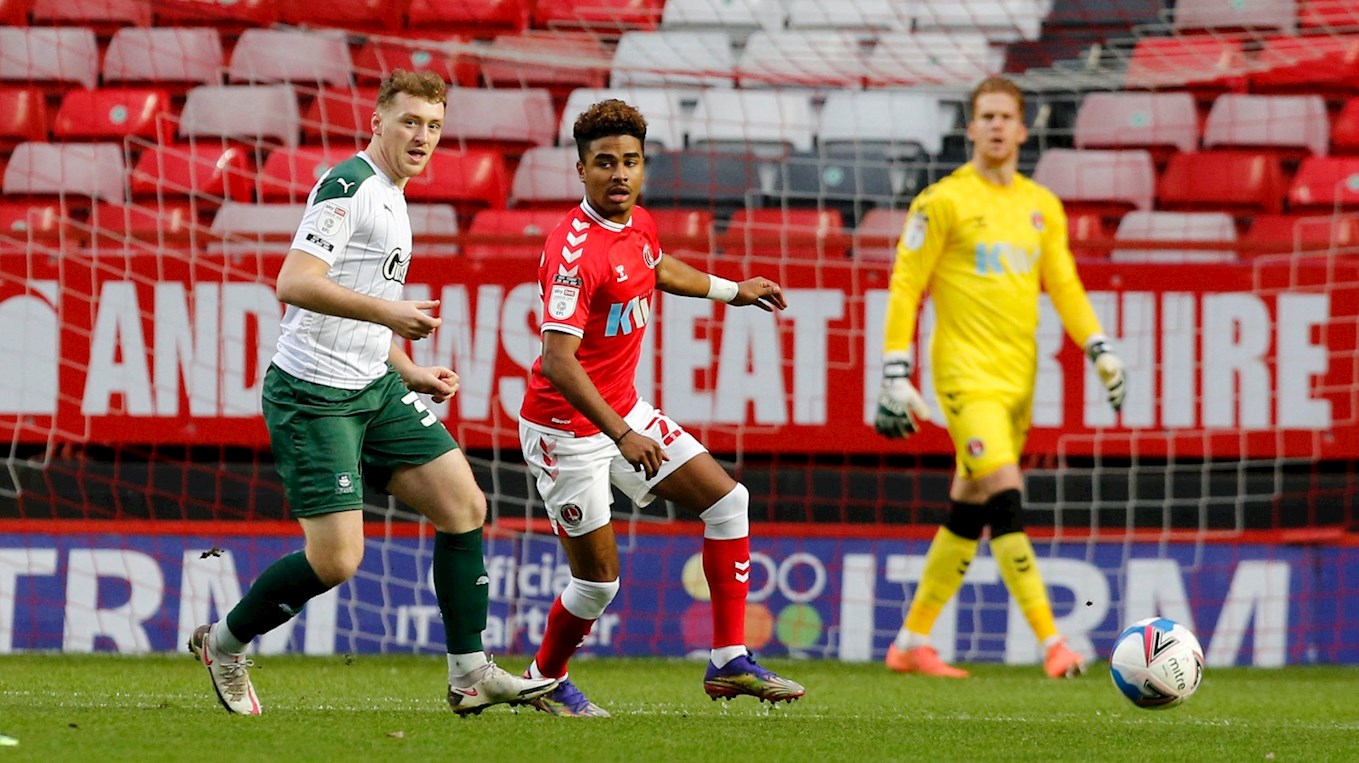 Argyle and Charlton Athletic served up a Boxing Day belter in playing out a thoroughly entertaining 2-2 draw at the Valley.

The Pilgrims were superb in the first period, scoring early through the predatory Luke Jephcott before Charlton hit back with a slightly controversial effort from Chris Gunter.

Jephcott restored the Argyle advantage almost immediately but the Greens were denied all three points when substitute Marcus Maddison rifled home an unstoppable equaliser midway through the second period.

Argyle manager Ryan Lowe stuck with the side that secured a terrific 1-0 victory over MK Dons last weekend and even had the fitness luxury of including the same replacements for a return to the Valley after winning 1-0 against the Addicks in the FA Cup in November.

Charlton boss Lee Bowyer made three changes from the team that battled to a 2-2 draw at Swindon seven days ago, with Alex Gilbey, Maddison and Omar Bogle replaced by Jonny Williams, Chuks Aneke and Adam Matthews.

Both sides started with the sort of zest and energy you would expect from a Boxing Day showdown, even without the sad absence of supporters, and particularly pleasing interplay saw Danny Mayor feed Conor Grant for a delicious cross cleared under pressure by the Charlton defence.

Argyle would not be denied moments later, however, when Ryan Hardie found more space on the left and he danced along the touchline before cutting back to Jephcott, who stabbed home a low shot that just sneaked past Charlton goalkeeper Ben Amos.

It was a beautifully worked goal that demonstrated all the qualities of an exciting young strike-pairing, with the selfless running and vision of Hardie providing ammunition for the natural goal-scoring instincts of Jephcott.

The Addicks attempted to find a quick response with a chipped pass from Williams but Niall Canavan superbly hooked the ball clear, and Argyle immediately set off on the counter.

Hardie found yet more space in the same left channel and opted for a square pass when a shot was certainly possible. Jason Pearce got a foot on a half-interception before Panutche Camara seized on the loose ball and Gunter had to find a goal-saving challenge.

The Green wave continued with a dazzling run by Joe Edwards that won a free-kick 22 yards from goal and Grant’s effort was deflected narrowly wide. The subsequent corner from Mayor was plucked out of the sky by a relieved Amos.

Mayor was terorising the right side of the home defence, weaving his way through with another sparkling run to win a free-kick out wide and Pearce did well to head clear the inviting cross from Grant.

Argyle’s intensity was a delight to watch, with Camara and Lewis Macleod hounding the Charlton midfielders, never allowing the experienced passing skills of Williams and Ben Watson the chance to develop a serious influence on the game.

The Addicks did manage to conjure a shot on goal midway through the first period, with Ian Maatsen sliding a pass into the feet of Conor Washington for a low effort expertly beaten away by alert goalkeeping from Michael Cooper.

The next intervention from Cooper was to palm clear a rising drive from Maatsen but, once again, the Greens broke at pace and the lively Hardie surged through the middle for a shot that was blocked when a pass into the path of Camara might have been a better option.

A corner on the half-hour provided Charlton with a slightly fortunate leveller, as Camara appeared to be fouled when the cross came over and the loose ball looped up to Gunter for a close-range volley amid understandable Pilgrim protests.

The equaliser was more than a little harsh on Argyle after such an enterprising start to the game but there was absolutely no feeling sorry for themselves, as the Greens immediately regained the lead.

A wonderful swirling free-kick from Grant caused complete mayhem in the Charlton defence and Jephcott, as always, was the sharpest man in the box, pouncing to calmly prod home a perfect poacher’s brace.

Argyle continued to press in pleasing fashion, with the excellent Hardie again finding space behind the Addicks before cutting inside for a low left-footed drive that was well held by Amos.

The Pilgrims were relentless in their pressing of the home side, who possessed plenty of quality and experience in their ranks, but it was a first half dominated by inspired Argyle performances in every department, although the final act of a tremendous 45 minutes saw Maatsen lash a fierce drive against the crossbar from distance.

The second period opened with yet another midfield interception from Camara, who then fizzed a low pass into the feet of Jephcott for a low drive that lacked the power to seriously trouble Amos.

Charlton won a handball against Will Aimson on the edge of the area on 52 minutes but the Green wall stood strong to repel the free-kick from Chuks Aneke, as heavy rain began to fall on the Valley pitch.

Astute positioning from Aimson denied Aneke a clear shot on goal from the next Charlton foray and there was a pleasing calmness about Argyle’s defensive work, with Canavan getting in on the act with a super clearance from a low Washington cross.

Bowyer decided the time was right to make his first two changes just past the hour, withdrawing the midfield duo of Watson and Williams for the fresh legs of Maddison and Albie Morgan.

The Maddison impact was instant, cleverly finding space 22 yards from goal before unleashing a tremendous low drive into the bottom corner. While it was cruel on the Greens, there was no taking away from the quality of the strike.

Tyrese Fornah was introduced for Macleod after the midfield anchor took a knock when attempting to thwart a quick break from the dangerous Maatsen.

Referee Andy Woolmer was beginning to an increased influence on proceedings, awarding Charlton a somewhat dubious free-kick on 73 minutes but the shot from Jake Forster-Caskey was thankfully curled wide.

Argyle looked to regain their attacking impetus with Hardie again sprightly in his work, laying a pass wide for Grant to cut back on his right foot and a shot blocked by the head of Pearce. Charlton responded with a surge down the right and a loss pass for Washington, who blazed over from a good position.

A barnstorming run through the middle from the irrepressible Camara prompted Argyle’s next chance, as he threaded a pass wide to Grant for a dipping cross that possibly struck the arm of Darren Pratley, but the officials waved away penalty appeals.

Both managers turned to their bench for the final 10 minutes, with Frank Nouble replacing the excellent Hardie and Bogle coming on for Aneke in the home attack.

Maddison, however, remained the major threat, loosing off a low drive easily saved by Cooper after some bright work by Washington, as the clock ticked toward a Christmas stalemate.

Byron Moore was given a rare run up front when he replaced Jephcott for the closing moments, while Washington was withdrawn for Paul Smyth in Charlton’s next switch.

Moore was quick to hurry and hassle the Charlton defence, but it was the outstanding Camara who decided to have a pop on goal and his 30-yard scorcher was only grabbed by Amos at the second attempt.

Argyle were finishing a tremendous game on the front-foot, winning a free-kick 35 yards from goal but Grant’s drifting cross was headed clear and a draw was the final outcome.