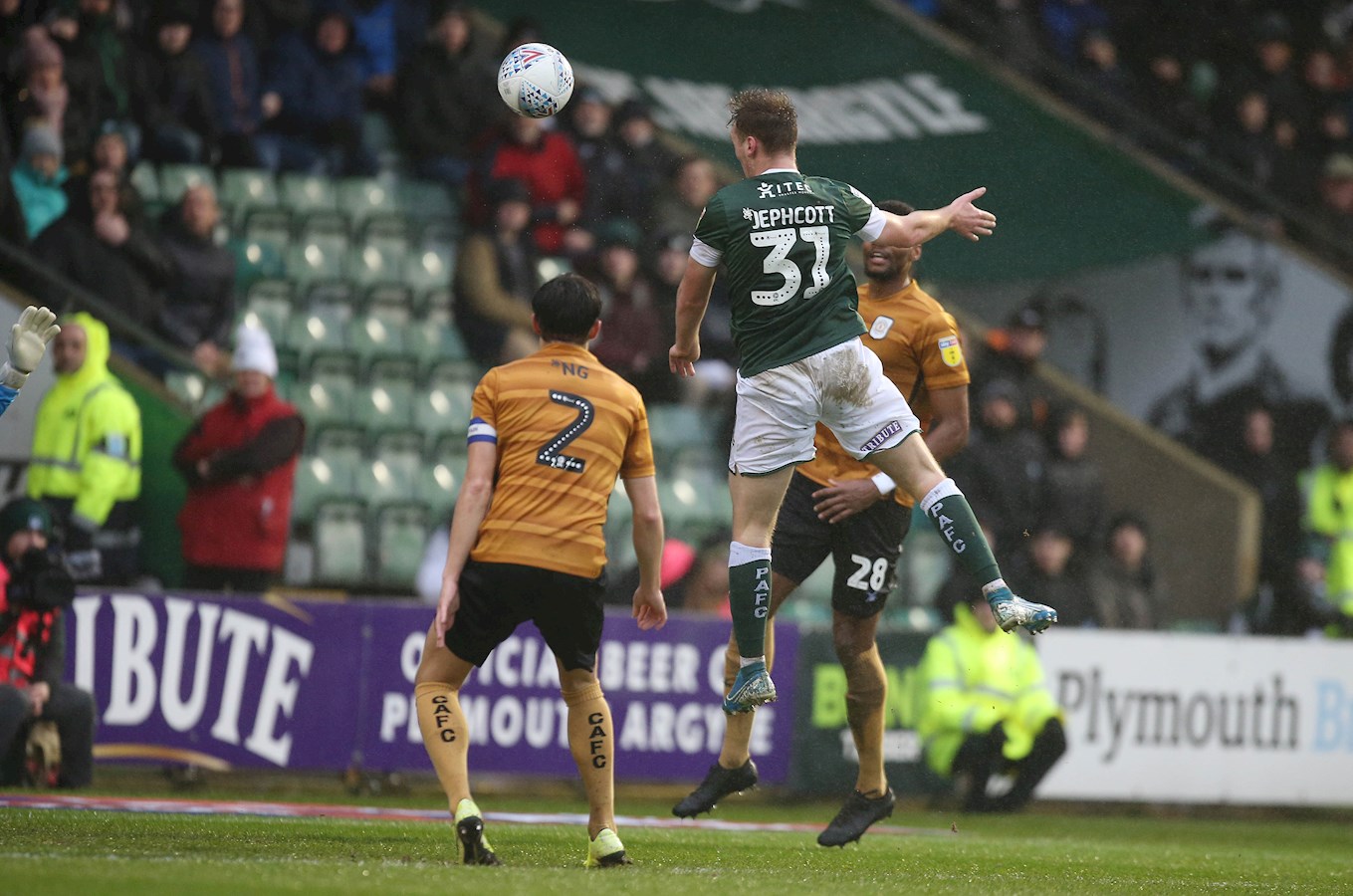 LUKE Jephcott had not scored an EFL goal until January 4; six weeks later, he has got his sights set on reaching double figures in an Argyle promotion campaign.

The 20-year-old Academy graduate made it six for the season, from just eight starts, when he scored the Pilgrims’ equaliser in their 2-1 home Sky Bet League Two win over top-four rivals Crewe Alexandra.

Antoni Sarcevic rounded off the victory as Argyle overcame stubborn opponents and Storm Dennis, firing home from the penalty spot. All the goals came during an action-packed second half in which Crewe took the lead through Harry Pickering.

Luke said: “We want to go up, win the league hopefully, and it would be a nice way to end the season if I can hit double-figures. That is my aim for the season.”

It is not only Luke’s scoring form that has captured the attention of the footballing world since he returned to Home Park Stadium in January from a loan move with Truro City in his native Cornwall.

Argyle are also benefiting from his all-round play, a feature that Luke attributes to his time at Treyew Road.

“Going away with Truro, I’ve had to get more physical, use my body more,” he said. “That’s what I did there and I’ve brought it back here. With the gym-work we have been doing as well, I feel like I’ve improved my hold-up play a lot.”

Having a manager in Ryan Lowe who knows the strikers’ art has also helped.

He said: “The gaffer has been working with us – all the strikers; little movements where we can play one-twos or being in a position where the midfielders can bounce off us.”

As for the attention that has seen him win three player-of-the-month awards, Luke is not letting it faze him in the slightest.

“It’s been nice, but I tend not to read into all that,” he said. “I have just got to keep my head down and let my football do the talking.”