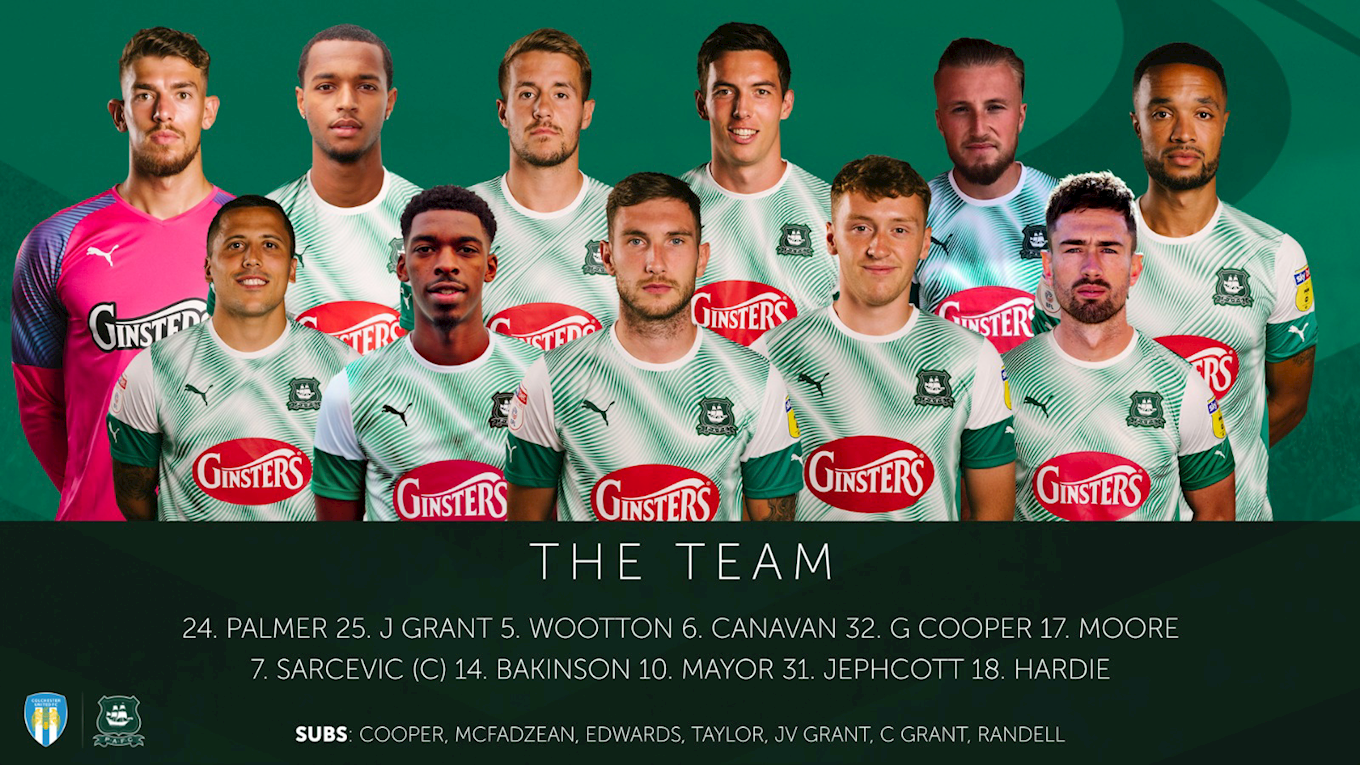 Grant replaced Gary Sawyer in the left of the three centre-back roles, the Argyle skipper sitting out the first game of a three-match suspension after being sent off a week earlier at home to Newport County, while Sarcevic came back into midfield instead of Conor Grant.

Sarcevic captained the third-placed Pilgrims on their visit to the Jobserve Community Stadium, where Colchester last previously tasted defeat in mid-October. Since then, they have won five and drawn three of their eight matches to reach sixth position.

The Argyle attack was led by Ryan Hardie and Luke Jephcott, the latter having won two League Two Player of the Month awards for January in the build-up to the game, from the Sky Bet League and the Professional Footballers' Association.

Argyle defender Tafari Moore, on loan at Colchester, was not included in the United squad, nor was injured ex-Pilgrim Paris Cowan-Hall.