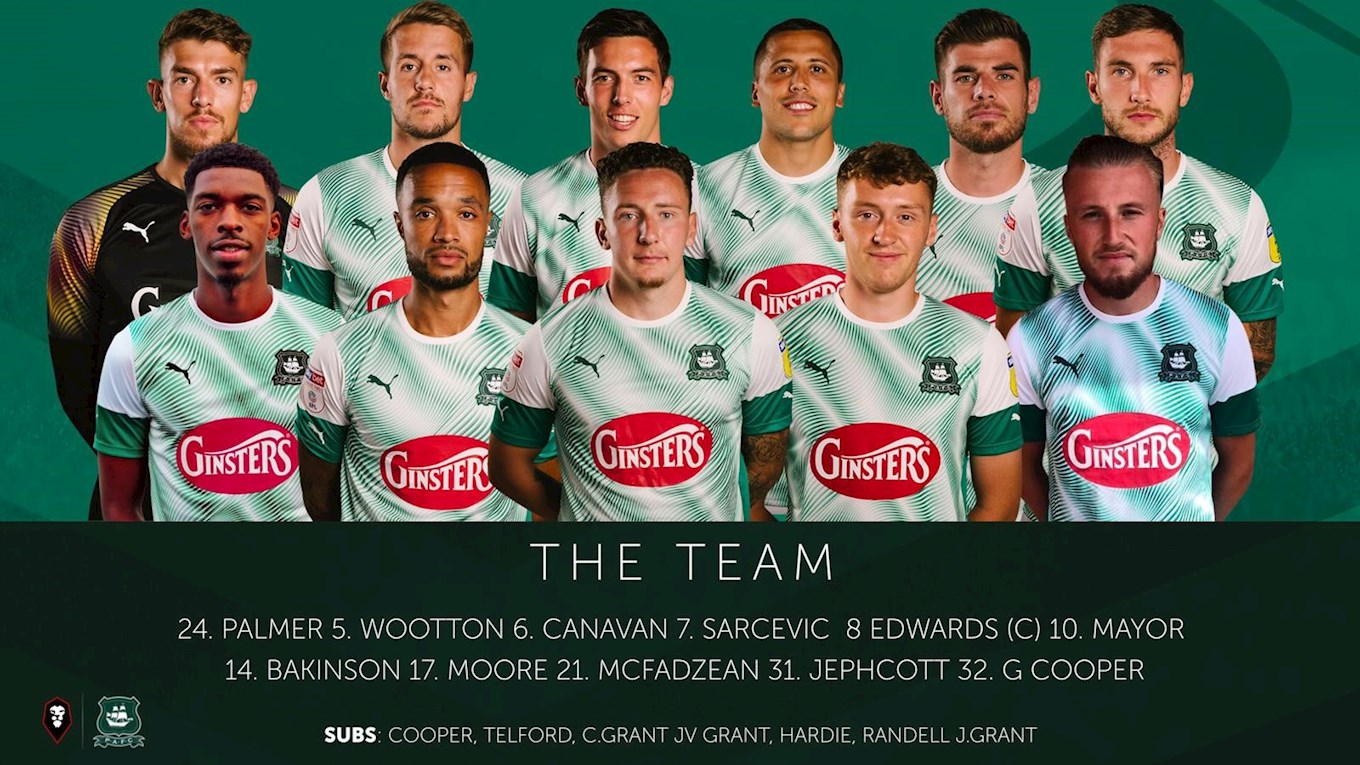 ARGYLE manager Ryan Lowe made two changes to the Pilgrims’ line-up for their historic first visit to Salford City on Tuesday.

Defenders Joe Edwards and Callum McFadzean were recalled to the starting 11 from the side that had lost at Colchester United three days earlier. Josh Grant and Ryan Hardie stepped down.

Only one of Salford's three ex-Pilgims, goalkeeper Kyle Letheren, was in their line-up. Osacr Threlkeld was on the substitutes' bench but there was no place in the squad for Jake Jervis.